After Maharashtra, Delhi has reported more than 1,000 cases to raise its tally to 1,069 this morning. Delhi has also reported five deaths since 5 p.m. on April 11, per health ministry data at 8 a.m. on Apr 12, fewer only than Maharashtra that has had 17.

Gujarat and Madhya Pradesh have both reported three more deaths since last evening, while Tamil Nadu (2) and Uttar Pradesh (1) have also reported deaths. These six states have together reported 80% of all deaths in India so far.

At 1,182 cases and 75 deaths, Mumbai now has more COVID-19 cases and deaths than any other state in India. Over the last two weeks, cases in the city have increased nine times from 123 and deaths nearly 10 times from 7 on March 29. 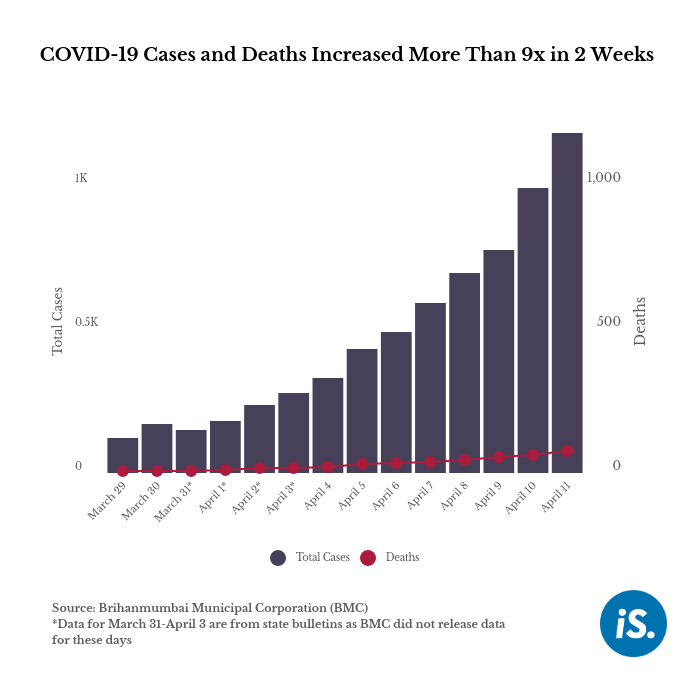 After Odisha and Punjab, four more states--Maharashtra, Karnataka, West Bengal and Telangana--have now extended the 21-day COVID-19 lockdown to the end of April. 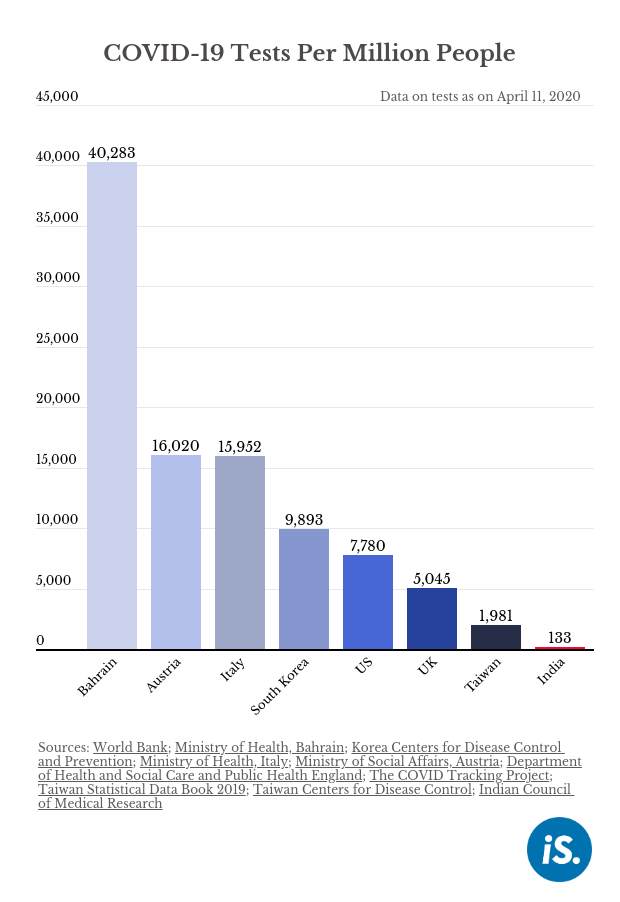 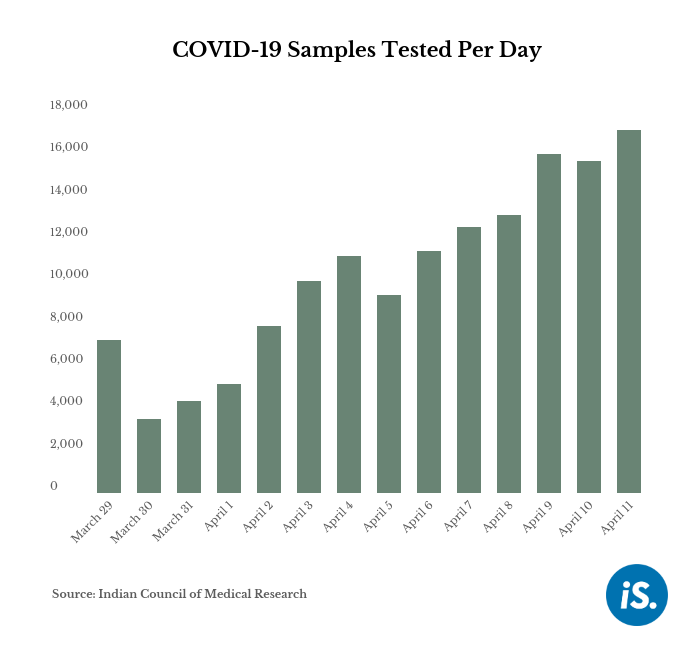