Deadly Year, Decade For Flying, But Safer Than Before 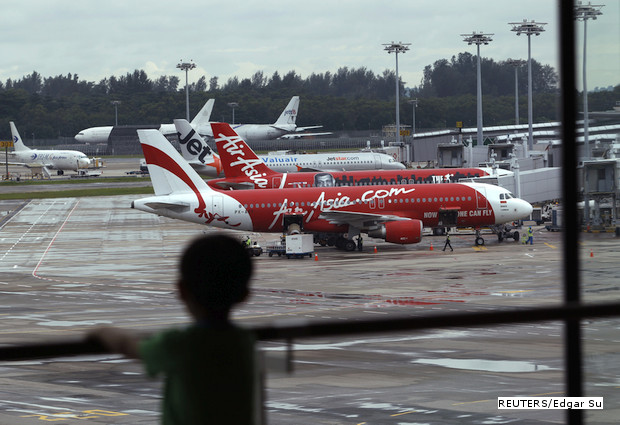 With Malaysia Airlines flight MH370 officially declared lost, 2014 has been a terrible year for commercial aviation with 1,183 deaths and high-profile crashes, but flying is generally safer than it’s ever been.

Deaths in commercial airline crashes between 2005 and 2014 were less than half the number of the decade before that.

The deadliest year for flying this century was 2001 with 7,057 deaths, primarily due to the infamous 9/11 attacks when airliners were used as missiles by Islamist jihadists against the US.

That was an exceptionally deadly year, but 2005 was also deadlier than 2014, with 1,361 people perishing in airliner and other flying mishaps.

The toll of 1,183 for 2014 includes the passengers on board MH370 and Air Asia flight QZ8501. As the search for the main fuselage of QZ8501 remained suspended because of bad weather, two bodies and luggage turned up 1,000 km from the search zone.

Yet, flying is generally safer than it’s ever been. 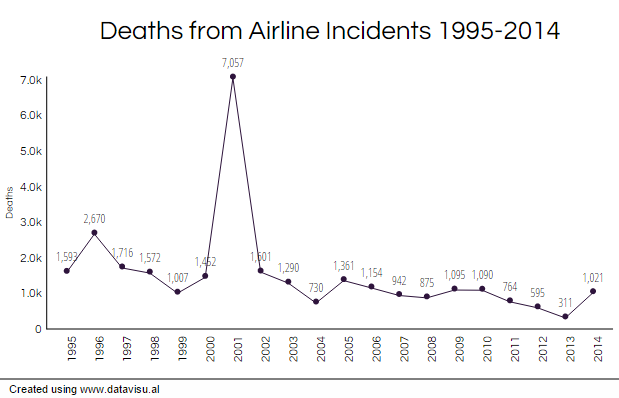 Planes crash due to a variety of reasons, such as pilot error, although it is harder than ever in a modern jetliner with weather, mechanical issues, etc.

The following table shows the main reasons for airliner crashes.

The data reveal that the leading reasons for accidents are bad weather, pilot error and mechanical failure.