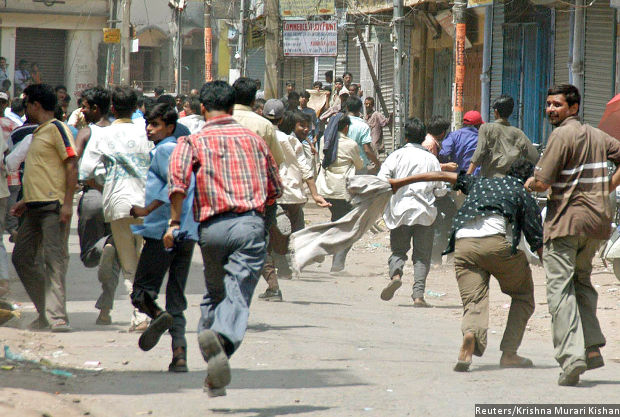 The murder of an 18-year-old student Aditya Sachdeva—allegedly shot dead by the son of a Janata Dal (United) politician for overtaking his car—and journalist Rajdev Ranjan are public manifestations of a deterioration of law and order in Bihar over the last six years.

Conviction of criminals in Bihar declined 68%, from 14,311 in 2010 to 4,513 in 2015, and cognizable crimes--those that the police can investigate without a magistrate's order--rose 42% over the same period, according to an IndiaSpend analysis of Bihar police data.

The period overlaps the 10-year rule of the JD(U), whose leader Nitish Kumar first became chief minister in 2005—eight of those years in an alliance with the Bharatiya Janata Party (BJP)—winning the last election in November 2015 in alliance with the Rashtriya Janata Dal (RJD).

Kidnappings up by 98%, most for forced marriages

Kidnappings for marriages have been a concern in Bihar. It is termed pakadwa shaadi (marriage by kidnap) where young males are kidnapped and forced to marry girls at gunpoint.

Experts said that groom kidnappings are declining but the number of reported cases has gone up compared to the previous decade, primarily because of increased awareness and greater reporting.

“Pakadwa shaadi was rampant in Bihar, particularly in the Bhumihar caste, a decade ago. With power changing hands, things have changed for the good. Since the state machinery has started functioning, more and more people are registering cases against the groom kidnappers," Shaibal Gupta, a sociologist based in Patna told Al-Jazeera.

Murders down by 11% in three years