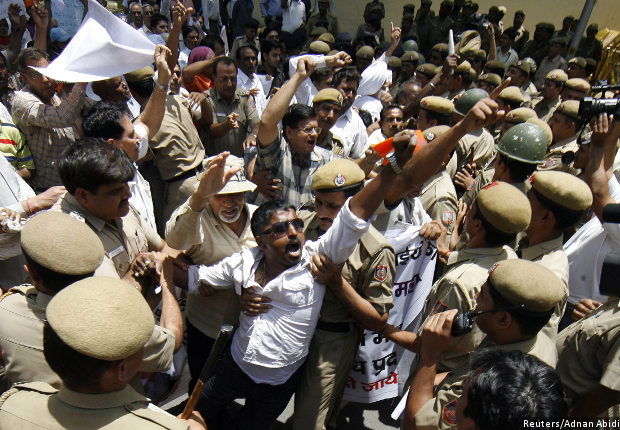 Registered crime against scheduled castes (SCs) and scheduled tribes (STs) across India declined 4% to 55,917 in 2015 from 58,515 in 2014, according to new data from the National Crime Records Bureau (NCRB).

The NCRB report does not explain reasons for the decline.

Almost 48% of crimes against SCs were reported from three states in 2015: Uttar Pradesh, Rajasthan and Bihar, a decline of three percentage points from 51% last year.

Rape and sexual assaults against women continued to be the top crimes against SCs in 2015 as in 2014, as IndiaSpend had reported in October 2015.

There are more than 700 communities notified as STs under Article 342 of the Constitution of India, spread over various states and union territories, according to the 2015-16 annual report of the ministry of tribal affairs. Odisha has the largest number of communities listed as STs: 62.