India has now reported more than 400 deaths and detected more than 12,000 COVID-19 cases, as per the health ministry’s update at 8 a.m. on April 16. Nearly half the cases have been reported in the last six days. India had crossed 10,000 cases on April 14. 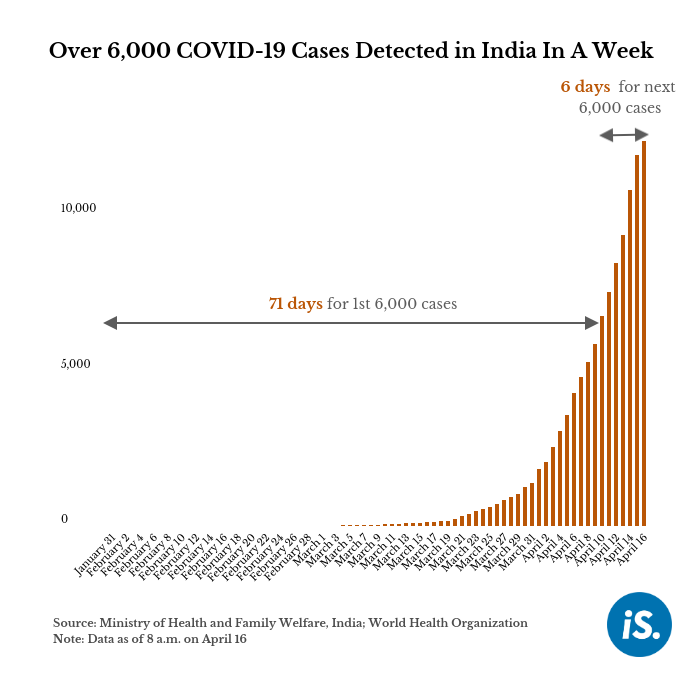 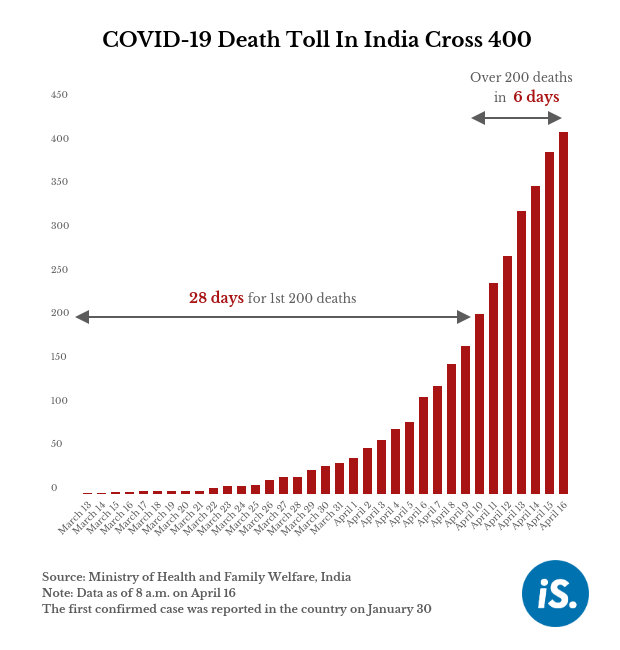 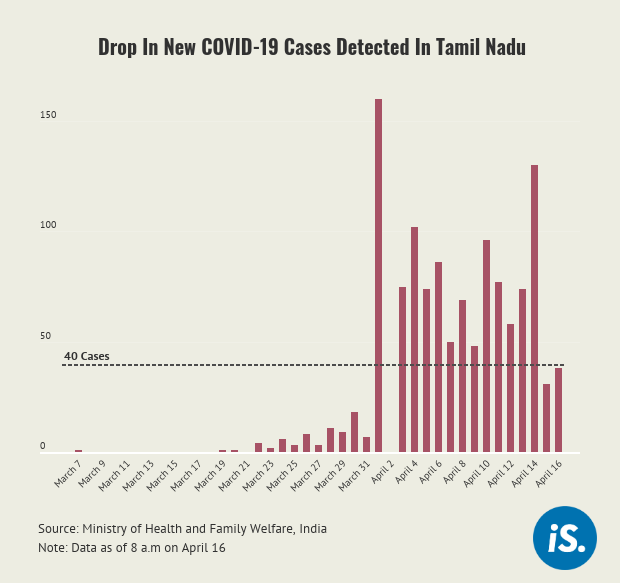 Tripura has become the second state in the northeast after Manipur to report a COVID-19 recovery since 5 p.m. on April 15. Tripura had reported its first case on April 7. All northeastern states have reported cases now, except Sikkim.

Tamil Nadu (22 districts) has the most districts that have large COVID-19 outbreaks, per the health ministry list of hotspots in the country. It is followed by Andhra Pradesh, Maharashtra and Rajasthan (11 districts each).

Millions of migrants living in camps and overcrowded settings around the world are among the most vulnerable during the ongoing pandemic, the International Organisation of Migration-UN has said. They need special attention. (Read our interview on the hardships that the COVID-19 lockdown has caused India’s migrant workers.)