Conversion To Buddhism Has Brought Literacy, Gender Equality And Well-Being To Dalits 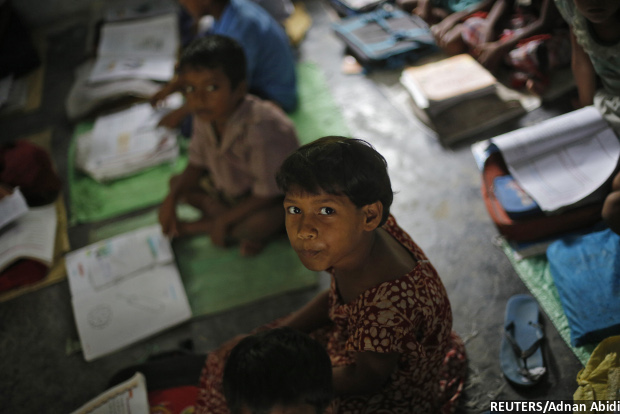 There are more than 8.4 million Buddhists in India and 87% of them are converts from other religions, mostly Dalits who changed religion to escape Hindu caste oppression. The remaining 13% of Buddhists belong to traditional communities of the north-east and northern Himalayan regions.

Today, these converts to Buddhism--also called neo-Buddhists--enjoy better literacy rates, greater work participation and sex ratio than Scheduled Caste Hindus, the group from which most converts emerge, according to an IndiaSpend analysis of 2011 Census data.

Given that converts make for 87% of the Buddhist population in India and most of them are Dalits, our analysis goes with the assumption that the benefits of growth in the community accrue mostly to the Dalits.

“Most Dalits at the senior levels of administration are Buddhists,” said Satpal Tanwar, a leader of Bhim Army, the activist organisation accused of the Saharanpur violence of May 5, 2017, and now mulling mass conversion of Dalits to Buddhism. “This is because Buddhism lends them self-confidence as compared to the caste system which tends to rationalise their low social status through vague concepts like bad karma.”

It is only in the traditional communities of the northeast, especially in Mizoram (48.11%) and Arunachal Pradesh (57.89%), that Buddhists have a lower literacy rate than the population average.

On the other hand, Chhattisgarh (87.34%), Maharashtra (83.17%) and Jharkhand (80.41%) have the most number of literate Buddhists. The conversion movement has been the strongest in Maharashtra, followed by Madhya Pradesh, Karnataka, and Uttar Pradesh.

Maharashtra’s story is unique because it has the highest proportion (5.81%) of Buddhists in its population than other Indian states--more than 6.5 million. It was the home state of BR Ambedkar’s where he, along with 600,000 followers, switched to Buddhism in 1956. This form of protest against casteism continues to this day though, as IndiaSpend reported on June 17, 2017, the growth rate of such conversions is declining.

In Uttar Pradesh, 68.59% Buddhists are literate, higher than total population average (67.68%) and nearly eight percentage points higher than the figure for other Scheduled Castes (60.88%).

Female literacy among Buddhists in India is also considerably higher (74.04%) than the total population average (64.63%), data show. Among neo-Buddhist states, only Uttar Pradesh (57.07%) and Karnataka (64.21%) show female literacy rates lower than total population averages, but these are still considerably higher than Scheduled Castes in these two states.

In 2011, the sex ratio among Buddhists is 965 females per 1,000 males as compared to 945 for total Scheduled Castes. The national average sex ratio was 943. Buddhists also tend to have fewer children.

The Census 2011 data shows that there are 11.62% children in 0-6 year age group among Buddhists compared to 13.59% national average. This means, for every hundred population, Buddhists have two children less than the average.

But can it be said that neo-Buddhists are more inclined towards education than Dalits? Or is there a greater possibility that Dalits turn to Buddhism after attaining education?

Around 43% of Buddhists stay in urban areas as compared to total population average of 31%, which also increases their chances of being educated. But the reality is not simple.

Around 80% Buddhists are from Maharashtra, which has better literacy and urban ratio than the national average. Within Maharashtra, the literacy rate, urbanisation levels and child ratio among Buddhists is slightly better than for other groups.

The Maharashtra story: How the Mahars found a better life

The development among Maharashtrian Buddhists can be attributed to Ambedkar’s call for education and certain social conditions.

Ambedkar was from the Mahar community which had little agricultural land and no fixed traditional occupation in a village society. They often stayed on the periphery of their villages and acted as watchmen, messengers, wall menders, adjudicators of boundary disputes, street sweepers and so on.

This flexibility of profession ensured that Mahars were more mobile than others. Many of them, including Ambedkar’s father, joined the British Army. Even before Ambedkar embraced Buddhism, he asked the Dalits to take to education.

“Lack of farm land or traditional occupation made it easy for Mahars to take to education as the means for gainful employment,” said Nitin Tagade, assistant professor, Savitribai Phule Pune University, who has studied the economic condition of Maharashtra’s neo-Buddhists. “So, they had a head start as compared to other communities in attaining education and moving to cities.”

Around 47.76% Buddhists stay in cities compared to the Maharashtra state average of 45.22%, according to Census 2011. Among those in rural Maharashtra, most working Buddhists continue to be agricultural labourers (67%), which is much higher than the rural population average of 41.50%.

Their improved social status through education has helped neo-Buddhists contribute more to the national economy than Scheduled Castes. Their work participation ratio (43.15%) is higher than of total Scheduled Castes (40.87%) and higher also than the national average (39.79%).

(Moudgil is an independent journalist and the founder-editor of GoI Monitor, a web magazine on grassroots and development.)