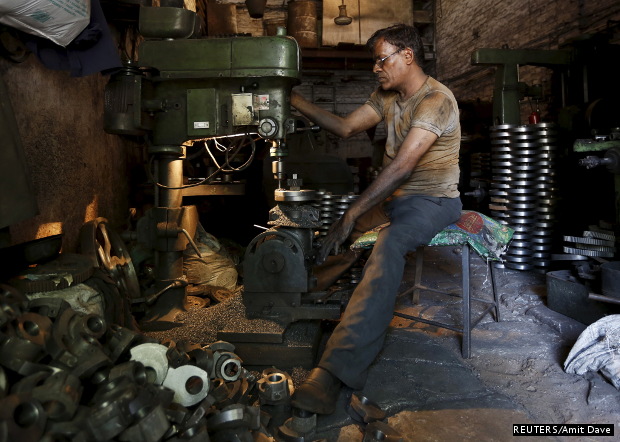 Micro, Small & Medium Enterprises (MSMEs) are by far the largest non-farm employers in the country, employing more than 110 million people. While MSMEs have been growing at a consistent rate contributing significantly to India’s GDP & exports, they face a threat from cheap Chinese imports, according to Factly.in, a data journalism portal.

Spread in the States

As expected, the top 10 in terms of the number of MSMEs is dominated by the larger states with Uttar Pradesh at the top with 4.4 million MSMEs. West Bengal has around 3.7 million followed by Tamil Nadu (3.3 million), Maharashtra (3.1 million), Andhra Pradesh (2.6 million) in the top five. The other states in the top 10 are Kerala, Gujarat, Karnataka, Madhya Pradesh & Rajasthan. The only notable exception in this list is Bihar.

Based on the export data maintained by the Director General of Commercial Intelligence & Statistics, the share of MSMEs in India’s total export has been more than 40% in the past 3 years. From 43% in 2012-13, it has grown to 44.7% in 2014-15. MSMEs contribute nearly half of India’s exports.

India’s trade deficit with China has been on the rise on account of decreasing exports and increasing imports. The trade deficit in 2014-15 has gone up to $48.5 billion. Indian MSMEs also face tough competition from cheap Chinese products as is evident in the high growth of India’s imports from China.

As per information compiled by the Director General of Commercial Intelligence & Statistics, in 12 major product groups, largely manufactured by MSMEs in India, imports from China grew at a higher rate than their respective imports from all other countries combined during 2011-12 to 2014-15. These 12 product groups accounted for 74% of India’s total imports from China in 2014-15 and a significant proportion of Indian MSMEs seem to be adversely affected from Chinese imports.

The government on its part has been imposing anti-dumping duties, permitted under the World Trade Organization (WTO), for restricting imports when such imports have been established as unfairly affecting the market for goods and services produced by Indian industries. As per data available with the Directorate General of Anti Dumping and Allied Duties (DGAD), around a quarter of all the cases initiated since 1994 are against China. Till June 2014, a total of 166 such cases of anti-dumping duty have been initiated against China and duty has been imposed in 134 such cases.

With regards to taking any strict action, India seems to be bound by the WTO framework. While India has initiated certain actions such as mandating BIS certification for certain products & prohibiting import of mobiles without an IMEI number, a lot more needs to be done if this threat has to be countered. There has to be a greater focus on export-oriented sectors.