Cash Transfers Will Reach People If Aadhaars Do 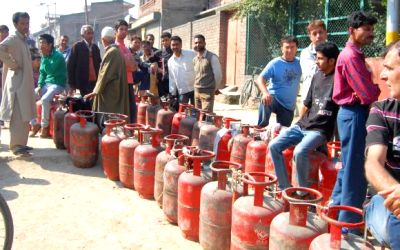 The Congress-led UPA Government is banking on the direct benefits transfer scheme to woo voters and ensure that subsidies reach the targeted population.

The success of this will depend largely on Aadhaar - the 12-digit biometric, unique identity number issued by Unique Identification Authority of India (UIDAI) that will serve as a proof of identity and address anywhere in India and can be authenticated online.

Aadhaars are not a necessary pre-condition for benefits or cash transfers because some Government departments have already linked benefits to bank accounts. Moreover, a biometric ID may or may not be mandatory for every benefit or subsidy given to a resident.

IndiaSpend studied the state and district-wise penetration of Aadhaar to do some crystal gazing on where direct benefits or cash transfers might take off first and to what extent, when they do.

UIDAI has issued over 260 million Aadhaar numbers till date since the first number was issued on September 29, 2010.India has a population of 1.2 billion spread across 650 districts in 35 states and Union Territories across the country.

In terms of states, Andhra Pradesh leads the list with over 51 million enrolments followed by Maharashtra (44 million) and Kerala (20 million). And the maximum enrolments - 16.2% male and 14.3% female - have been in the 16-30 years group.

Let us look at the state-wise data on Aadhaar enrolments till now:

Now, let’s see how many Aadhaars have been issued in these 20 districts?

Andhra Pradesh leads with coverage of over 80% in all the four districts selected – Hyderabad, Anantpur, Chittoor and East Godavari. Hyderabad, in fact, has coverage of 126%. This figure could be due to a spillover of residents from neighbouring areas.

Karnataka presents a mixed picture: Out of three districts selected – Tumkur, Mysore and Dharwar – two (Tumkur and Mysore) have over 85% coverage but Dharwar has seen only 45% citizens enrolling for Aadhaar cards. Progress in Rajasthan has been slow: all three districts in the initial programme – Ajmer, Udaipur and Alwar – have only 20% coverage.

Now, let’s move on and look at India’s top 20 districts by population and the current Aadhaar sweep.

West Bengal has been very slow in its response to Aadhaar: Only Murshidabad has coverage of 18% while other districts – North 24 Parganas, South 24 Parganas, Barddhaman, Paschim Medinipur, Nadia and Purba Medinipur – have 2-5% coverage.

How Will Direct Benefits Transfer Work?

The transfer of funds involves three stages: Get an Aadhaar, open a linked bank account which will then be linked with the benefit or subsidy programme that you are entitled to or claiming from.

As of March 2012, bank accounts opened for receiving subsidies across the country stood at 105 million against 75 million at the end of March 2011. Now, as we mentioned earlier, 260 million Aadhaars have been issued so far. Residents are given the option of linking their existing bank account to an Aadhaar during enrolment as well.

The Aadhaar universe should intersect with the bank account universe but it’s not clear at this point what the quantum is and how fast it will grow. The numbers would grow as the Government makes authentication mandatory for receiving subsidies or benefits. Even then, the technical-logistical challenges may restrain the pace of building linkages.