Can the BJP buck the J&K trend? 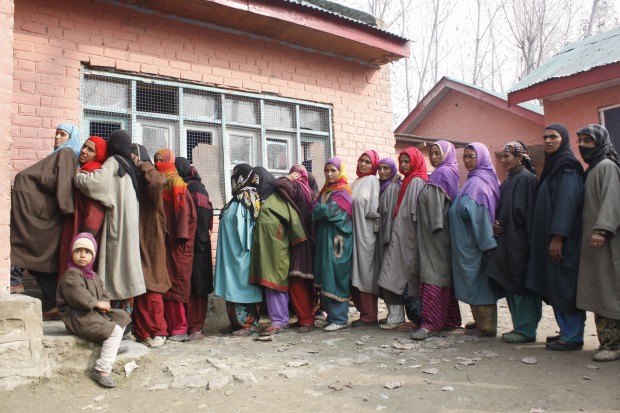 Prime Minister Narendra Modi has urged the people of Jammu & Kashmir not to vote for a 'tooti-phooti sarkaar' (broken government). He was referring to coalitions created after elections. Though the assembly’s term is not affected, coalitions often result in weak governments.

The last two assembly elections in Jammu & Kashmir have not seen any party get a clear majority. The last time a party got a clear majority was 1996, when the J&K National Conference won 57 seats. Farooq Abdullah was the chief minister from 1996 to 2002.

Between 2002 and 2008, there were two chief ministers and a short spell of Governor’s Rule immediately after the elections during which a coalition was worked out. The J&K People’s Democratic Party (PDP) and Congress (I) came to an agreement in which Mufti Mohammad Sayeed of the PDP was chief minister for the first three years. The party had only 16 seats in the assembly. Ghulam Nabi Azad of Congress was the chief minister for the remaining term.

The 2008 assembly polls in J&K again saw a hung assembly, which resulted in a tumultuous coalition of Congress (I) and National Conference with Omar Abdullah taking over as chief minister.