Can Gujarat Invest Ahead For Its Citizens? A Fiscal Study 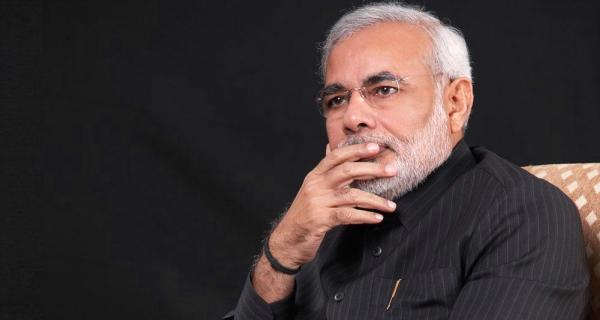 * Measures being announced to increase the government’s tax revenues

Gujarat has managed to register good growth in industry and agriculture, even though, as we argued in a previous article, the agriculture sector has not been as consistent.

IndiaSpend’s Dhritiman Gupta now looks at the general financial health of the state government to understand the cost of the progress reported so far, ahead of the assembly elections next month.

Let us first look at the finances of the state government.

The revenue account involves general spending like payments of salaries, pension and interest. The receipt side includes tax and non-tax revenue. A high revenue deficit in general could be considered unhealthy as finances meant for productive investments, such as building infrastructure, have to be re-directed to meet the deficit.

Matters worsened later due to the effects of the global slowdown, which required higher government expenditure to boost the economy. In 2010-11, the revenue deficit stood at Rs 5,076 crore.

Given this broad overview of the finances, we can move on to look at some fiscal indicators.

As can be seen, the figures in (Table 2) mirror (Table 1). The RD/GSDP ratio is a simple indicator of the size of overspending (on factors like salaries, interest payments etc) relative to the total income of the economy. The RD/GSDP ratio was controlled well post 2002-03 but things went wrong post 2007-08. Recovery kicked in after 2011-12.

Let us step back for a moment. In 2009-10, of the states for which data is available, 14 had revenue deficits and Gujarat was one of them. Only states like Kerala, West Bengal, Punjab and Haryana had worse figures.

The best performer was Haryana with a Debt/GSDP ratio of 19.2%. The worst were states like West Bengal and Uttar Pradesh with ratios of 43.3% and 45%, respectively.

We will now look at some other financial indicators relating to tax collections and underline its implications. Better tax collections will lead to higher revenue and provide freedom with respect to revenue management.

Let us now look at Total Revenue Receipt/GSDP, and we reach a similar conclusion. Besides own tax revenues, total revenue receipt includes non-tax revenues, share in central taxes and grants from the central government.

The Debt/TRR ratio gives us a measure of debt servicing capability of the state. Higher the ratio, larger is the amount required to service the debt, leaving lesser funds for other expenditure. The Debt/TRR ratio of Gujarat has remained close to 300% in all the years. In 2009-10, the ratio was 288.7%. It was worse than all states except West Bengal that had a ratio of 398.6%.

So, many financial concerns of the Modi government (like high revenue deficit and fiscal deficit) can be addressed with tax reforms that can push up the Own Tax Revenue/GSDP ratio. This happened in Budget 2011-12 when value added tax (VAT) was increased on tobacco products and mobile phones. This led to a revenue surplus of Rs 1,920 crore.

The Modi government has provided many tax reliefs in Budget 2012-13 (Read India Spend’s report here) too. Despite these reliefs, the state government expects revenue surplus to go up to Rs 3,615 crore.

While basic infrastructure issues like water and electricity are likely to play out more than the state’s finances in the forthcoming elections, the numbers are useful to understand a state’s (in this case Gujarat) capability in investing ahead for its citizens.