Can Air India really be saved? Circa 2013 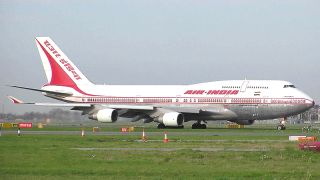 Can the Government really revive Air India? The answer could be a Yes/No depending on whose views you are willing to listen.

Going by the views of Jitender Bhargava, former executive director of Air India, only a new vision of the Government can save the airline. Bhargava’s new book The Descent of Air India narrates the story of the airline’s decline and questions the role of former Civil Aviation Minister Praful Patel and former chairman of Air India V Thulasidas for the crisis being faced by the national carrier.

The other view comes from Thulasidas who is of the firm view that the Government should make all efforts to save the national treasure.

In a column in The Economic Times newspaper today, Thulasidas says: "I hope readers do not give up on Air India and its employees despite the airline's decline. Air India is a national treasure and worth preserving."

Aviation Minister Ajit Singh has made it clear that the Government is committed to invest Rs 30,000 crore in the airline and will not give any more money to Air India.

Thulasidas says: "The Air India-Indian Airlines merger (idea) was mooted in 2006. Air India passengers were mostly Indian but it had no effective domestic network for the final leg of a passenger's flight. So, Air India had two options: start a new domestic airline or merge with Indian Airlines. The government being the owner of both, the second option was effectively the only one."

Thulasidas also explains why the national carrier decided to buy 68 aircraft from US aircraft-maker Boeing (18 B737-800s, 27 Dreamliners and 23 B777s), which is being pointed out as the reason for the airline's woes today.

“The proposal to buy 68 new aircraft was made by a committee appointed by the Air India board. Of the 68, 18 were meant for a new budget airline, Air India Express. Air India Express was conceived of and started during my tenure. When I left in 2008, it was a profitable airline. This means Air India effectively acquired 50 aircraft.

"As of 2013, of those 50 aircraft, only 29 have been delivered and paid for. Simple arithmetic shows that what Air India has done so far is to swap its 30 old aircraft for 29 new ones.

"So, the critics such as the Comptroller and Auditor General, in 2011, who blamed expansion of Air India's fleet for its financial woes, did not have a basic understanding of the events. If we had not acquired those 29 planes, there would be no aircraft with Air India today."

Thulasidas also points out that the proposal to acquire 68 aircraft was sent to the Government, Central Vigilance Commission and Comptroller and Auditor General in 2005. "If anyone felt strongly against this acquisition, they could have objected. No one objected then; the proposal was approved."

Former Civil Aviation Minister Praful Patel is alleged to have forced the managements of Air India and Indian Airlines to toe his line on the proposed merger, and also compelled Air India to order 68 aircraft from Boeing, which had to be kept grounded due to lack of support services.

IndiaSpend much earlier wrote that Government organisations often see the wrong guys get selected. There are many bureaucrats who have run 'corporations’ successfully too, including later in the private sector. Air India is a classic case where the totally unqualified usually land up right at the top. The Government of India must put aside internal turf battles and look at calling in leadership with business experience.