By Ending ‘Zombie Energy’, India Could Cut Premature Deaths From Air Pollution by 65% 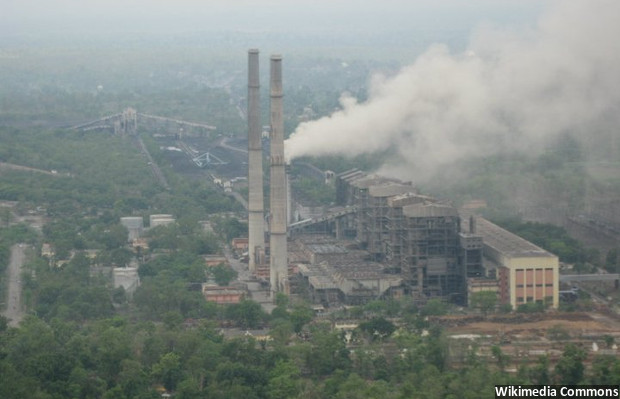 These are some of the highlights of a new report, released on July 27, 2017 by The Health and Environment Alliance (HEAL), a not-for-profit alliance based in Brussels.

The report analyses the damage to health caused by government subsidies, what other researchers have called “zombie energy”--fossil fuels inaccessible without subsidies--and compares the health costs of fossil-fuel use with subsidies paid by governments to the coal, oil and gas industry. 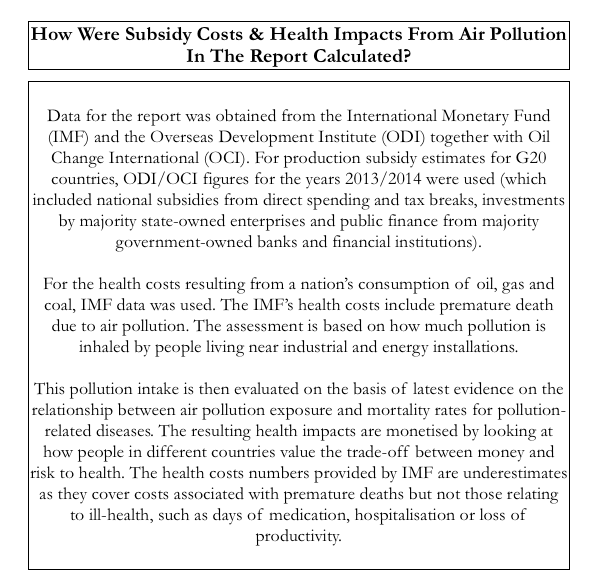 G20 governments paid $444 billion (Rs 28.47 lakh crore), or about 1/5th India’s 2016 gross domestic product (GDP), in subsidies to fossil-fuel companies in 2014. However, fossil fuels created health costs estimated to be at least six times this amount: $2.76 trillion (Rs 176.93 lakh crore), or 1.2 times India’s GDP, with premature deaths caused by air pollution in the G20 alone estimated to be 3.2 million--almost the population of Uruguay-- according to the HEAL report.

The G20 is an international forum for governments and central bank governors from 20 major economies in the world, including the USA, the UK, Russia, Germany, France, Japan, Australia, Canada, Saudi Arabia, Brazil, China and India.

“Government funding of fossil fuels never pays off for the public,” the report said. “On the contrary, citizens pay twice - first for the subsidies, and second through the harm these fuels do to their health, which leads to higher healthcare costs and lost productivity.”

In 2012, an estimated 6.5 million deaths (11.6% of all global deaths) were associated with indoor and outdoor air pollution together, with close to 3 million linked to exposure to outdoor pollution, according to the World Health Organisation (WHO).

In 2009, the G20 said it would start phasing out of fossil-fuel subsidies. By 2016, a phase-out date was still undecided, while the G20 continued to subsidise fossil fuels--an average of $71.8 billion of public finance for fossil-fuel projects per year between 2013-2015, 3.8 times more compared with the $18.7 billion for renewable energy, the Guardian reported on July 5, 2017.

Subsidies given to fossil fuels unlock what is called “zombie energy”, energy from deposits that would not be commercially viable to produce without government help, according to this 2017 paper published by the International Institute for Sustainable Development (IISD), a global not-for-profit organisation based in Canada.

These subsidies not only skew the market by artificially lowering the cost of producing energy from fossil fuels but make investments in clean energy and energy efficiency appear less attractive because of the distortion of prices, the paper added.

In 2017, nearly a quarter of India’s population in India did not have access to electricity and 40% was without access to clean cooking fuel, according to the new draft National Energy Policy (NEP) released in June 2017. The government aims to provide continuous, affordable power to all Indians by 2019.

As much as 75% of India’s electricity was produced from coal in 2014, and by 2016, India was the world’s second largest producer and consumer of coal, second only to China.

Coal-fired power plants put out significant emissions of particulate matter (PM), sulfur dioxide, nitrogen oxides, carbon monoxide, volatile organic compounds, and carbon dioxide. PM 2.5--toxic particles less than 2.5 micrometers in diameter, or 30 times finer than a human hair, that embed themselves in respiratory and cardiac systems--is one of these emissions.

In 2015, exposure to PM 2.5 was the fifth-highest risk factor for death, responsible for 4.2 million deaths from heart disease and stroke, lung cancer, chronic lung disease, and respiratory infections, according to data from the Global Burden of Disease project.

Over 50% of these deaths occurred in China and India, which is now close to China in terms of deaths attributable to PM 2.5. China remained highest in terms of mortality at 1,108,100 in 2015.

NOTE: *For All Ages And Sexes

“Some fossil fuels such as liquefied petroleum gas (LPG) can have significant health benefits if they are used to substitute biomass or coal as household cooking fuel,” the HEAL report said, noting that about 700 million households in India still burn biomass for cooking and heating, and that a switch to LPG would result in better indoor air quality for these households.

Subsidy reform need to be addressed in a “manner that benefits the poor, reduces energy poverty, and empowers women as the main users of household fuels and improves the health of the most vulnerable in society”, the report added.

By 2014, India was spending Rs 40,000 crore ($6.24 billion) in budgetary and non-budgetary expenditure to subsidise LPG consumption, the benefits of which went disproportionately to wealthy households in urban areas, with the majority of the population in the bottom two thirds of the income distribution scale receiving little or no direct benefit from LPG subsidies, according to a 2014 paper by the IISD.

In May 2016, the government launched the Pradhan Mantri Ujjwala Yojana, aimed to provide 50 million LPG connections to below poverty line households (BPL) by 2019, with a budget of Rs 8,000 crore. The programme used money saved in LPG subsidy through the ‘Give-it-Up’ campaign. As of April 2017, the country had 198.8 million active LPG consumers.

Given that India already imports 50% of its domestic LPG requirements and international prices of gas and oil are volatile, if electric cookstove-use spreads, then universal electrification could encourage universal clean cooking, according to this 2016 blog post by Arvind Panagariya, vice chairman of the Niti Aayog, the government’s main think tank.

A ‘National Mission on Clean Cooking’ is in the pipeline, which aims to achieve full clean cooking fuel coverage by 2022, according to the 2017 draft NEP.

As many as 55.6% of rural households in India used kerosene as the primary energy source for lighting in 2001, which reduced to 43.2% in 2011, according to census data, as The Energy and Resources Institute, a not-for-profit research organisation based in New Delhi, reported.

Source: The Energy and Resources Institute

Government subsidies make kerosene more affordable by selling it for half its market value, the HEAL report said. However, not only is the light produced from kerosene lamps of low quality, with associated health impacts like poisoning, fires and explosions, but over 40% of subsidised kerosene was lost due to ‘leakages’ in 2011-12, according to the government’s economic survey.

“A switch to solar power is desirable, but remains unattainable as long as subsidies for kerosene represent an obstacle, discouraging the poor to switch to solar,” the HEAL report said.

A range of solar lanterns (entry level, mid level and high end) are cheaper than kerosene over their lifetime, if kerosene subsidies are removed from the equation, according to a 2016 analysis by IISD.

However, since poor households often struggle to afford solar appliances--the consumption of which is not spread over time, as it is with kerosene--kerosene-subsidy reform must be coupled with tackling the barriers to greater off-grid solar penetration, including innovative payment options, the IISD analysis said.