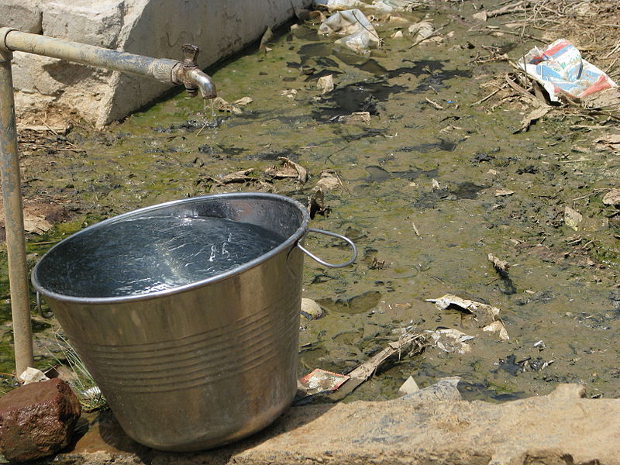 A national scheme to supply rural India with safe water is one of eight centrally-sponsored schemes that New Delhi will no longer support, threatening disease outbreaks and potentially placing lives at risk.

With India struggling with an old and continuing health crisis, there were hopes that healthcare spending would be boosted, but the healthcare budget was cut by 15%, as IndiaSpend reported.

The National Rural Drinking Water Program (NRDWP)--launched in 2009--was allocated Rs 11,000 crore in 2013-14. When it took charge in May 2014, the Bharatiya Janata Party (BJP)-led government cut funding to Rs 3,600 crore for a programme that aims to provide safe drinking water to 20,000 villages and hamlets across India.

Here is our analyses of five diseases caused by contaminated water:

Diarrhoea: Among 15 high-burden countries, India ranks third from the bottom for its use of life-saving intervention for children at risk of dying from diarrhoea and pneumonia, according to this 2014 study. Although diarrhoeal disease cases decreased 8% from 11.7 million in 2012 to 10.7 million in 2013, a lot needs to be done. In 2014, 7.6 million cases were registered, when last counted. 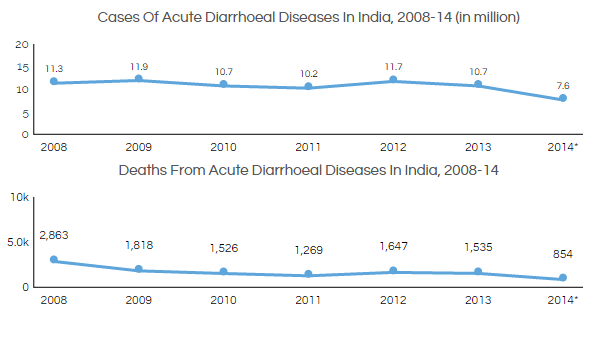 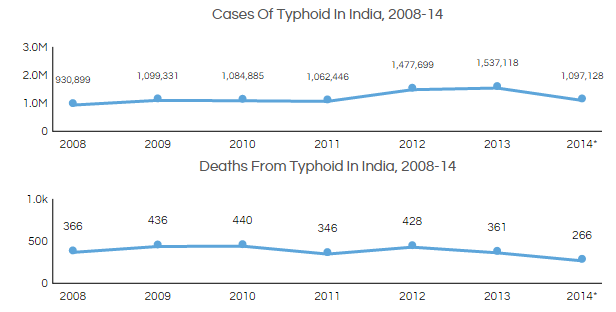 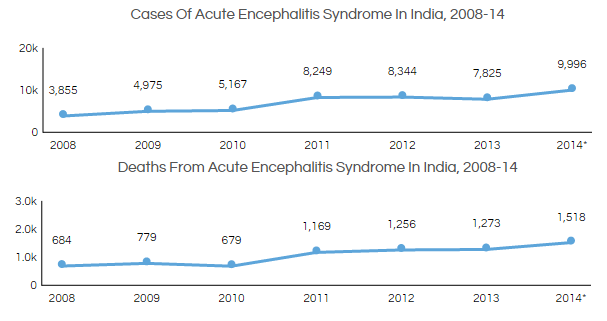 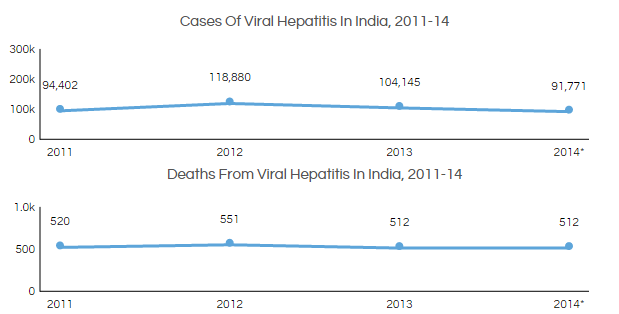 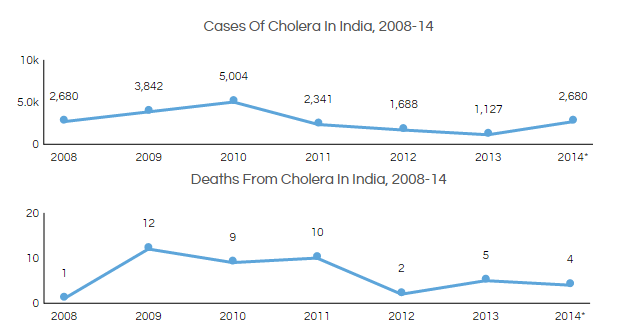 Although health is a state subject and the responsibility for providing healthcare facilities primarily lies with the respective state governments, support from the Centre is vital in addressing these crises.