Budget 2013: Breaking Down The Numbers With Outcomes 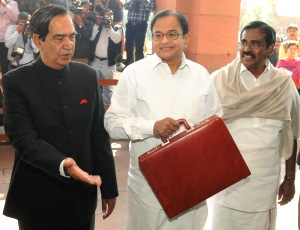 Question#1. How will the government ensure complete coverage for rural roads?

Pradhan Mantri Gram Sadak Yojana (PMGSY), a centrally-sponsored scheme to build roads in rural areas, will be launching Phase-II in due course for states that have achieved substantial coverage. The move is likely to help states like Andhra Pradesh, Haryana, Karnataka, Maharashtra, Punjab and Rajasthan. The move could encourage other states to improve their coverage to qualify for PMGSY-II.

Question# 2. How will the government monitor the quality of services?

Budget 2013 didn’t answer it but we will be tracking it.

Question#3. Will the government continue to increase spending in rural areas?

The Ministry of Rural Development, which is responsible for most of the flagship programmes, has been allocated Rs 80,194 crore for 2013-14, an increase of 46% from the previous year’s revised estimates. This includes: Mahatma Gandhi National Rural Employment Guarantee Scheme (MGNREGS), the rural employment programme, with Rs 33,000 crore, PMGSY at Rs 21,700 crore and Indira AwasYojana (IAY), a programme to help poor families build houses, with Rs 15,184 crore.

Now we move on to urban infrastructure development. We had asked the following questions:

The government has not announced any particular policies to ensure better participation for states. However, out of Rs14,873 crore allocated for Jawaharlal Nehru National Urban Renewal Mission (JNNURM), the flagship scheme to build infrastructure in cities, a significant portion will be used to support the purchase of up to 10,000 buses, especially by the hill states. This seems like an attempt to complete the Bus Rapid Transport System (BRTS) projects that have been lagging behind.

Question#2.Will the government change things to address issues like funding at a higher rate to ensure capacity?

No clear policies were announced in Budget 2013. Finance Minister Chidambaram has said more measures are likely to be announced during discussions on the Budget.

Question#3.What will be the increase/decrease in funding? Has urban infrastructure been made as a priority area?

JNNURM continues to be one of the main schemes looking at the urban infrastructure development. The mission is being continued into the 12thPlan (2012-17) as against the earlier deadline of 2012. The government has nearly doubled JNNURM’s allocation to Rs14,873 crore for 2013-14 from Rs 7,383 crore in 2012-13.

Shifting focus to basic numbers, Finance Minister Chidambaram has promised to reduce the fiscal deficit, the basic difference between government revenue and expenditure, to 4.8% of GDP in 2013-14 from 5.2% in 2012-13. And the questions we had asked were:

1) What will be the guidance for the fiscal deficit-GDP ratio in 2013-14, a year when growth will be moderate?

The Government has stuck to its target, and reported a fiscal deficit of 5.2% of GDP for 2012-13. This was driven by 'revised’ total expenditure falling 4% short of the budgeted estimate, led by the sharp 18% cut in plan expenditure. With a 21% increase in revenue receipts and only a 16% increase in total expenditure, Finance Minister P Chidambaram is expecting to limit the fiscal deficit at 4.8% of GDP in 2013-14. Nominal GDP growth has been assumed at 13.4%. 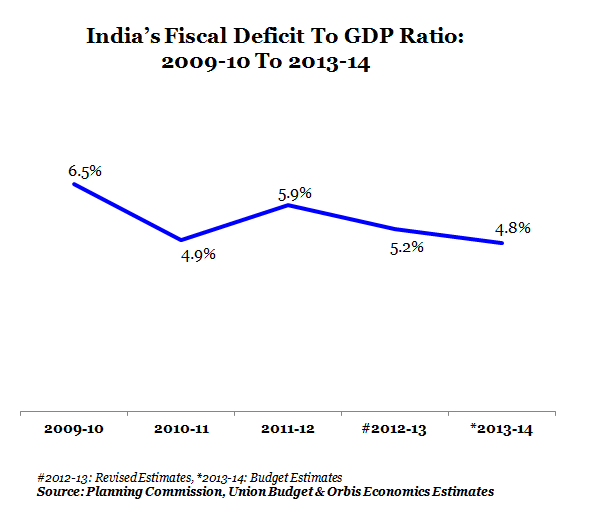 2) Can the government increase revenue collections significantly without tinkering with tax rates?

Yes, the budget raises revenue without significant changes to the tax rates. Interestingly enough, non-tax revenues are pegged to grow at a higher 33%, led by a 45% increase in other non-tax revenues and 33% increase in dividends and profits mostly from public sector units. Similarly, miscellaneous capital receipts are forecast to more than double to Rs 55,814 crore, given that the Government is targeting proceeds of Rs 40,000 crore from divesting stakes in companies like Coal India and Indian Oil.

While the tax slabs remained unchanged, the Finance Minister has proposed a surcharge of 10% on individuals whose taxable income exceeds Rs 1 crore.

In a further attempt at taxing high ticket transactions, the Finance Minister has proposed tax deduction at source or TDS of 1% on value of transfer of immovable properties where the value of the deal exceeds Rs 50 lakh (excluding agricultural land).

Finally, on indirect taxes, while excise duty, customs and service tax rates were maintained, the Finance Minister hiked rates across some categories, for example: excise duty on Sports Utility Vehicles (SUVs, excluding taxis) was raised to 30%, excise on mobile phones priced above Rs 2,000 was raised to 6% and excise duty on marble from Rs 30 per square meter to Rs 60 per square meter. Levy of service tax was extended to all air-conditioned restaurants, and a Voluntary Compliance Encouragement Scheme has been proposed to push service tax assesses to file returns and pay the dues.

3) How far will expenditure be controlled? Will a subsidies-GDP ratio target be set this year? 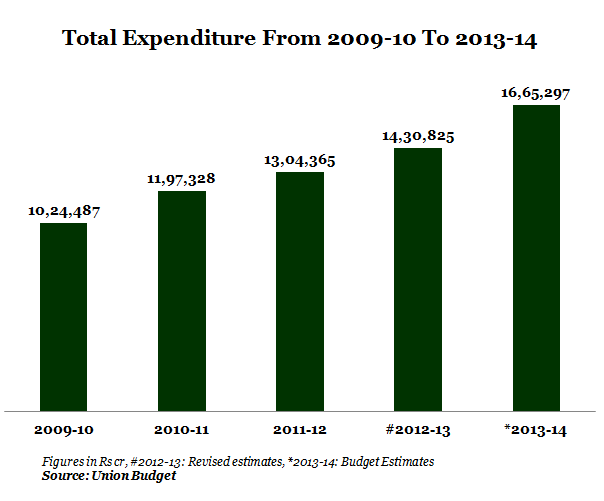 Moving to the top-of-the-mind issue – the current account deficit. While Chidambaram did not announce specific measures to address the issue, he did dwell on the topic at length.

1) Will Finance Minister P Chidambaram raise barriers for gold imports and attempt to cool domestic demand in Budget 2013-14 in an effort to bring CAD into comfort zone of up to 3% of GDP?

Finance Minister did not do anything in the budget to cool demand for gold, having increased import duties to 6% from 4% late January. He expects the duty increase to dampen demand, and thus lower the import bill. He can also take some comfort in the easing of gold prices in the global market as that too will bring down the import value of gold if demand does not rise. Chidambaram recognises that raising duties rapidly will increase imports through unofficial channels and that would only hurt government’s revenues. So, Budget 2013-14 eased baggage allowance to allow duty-free gold imports of Rs 50,000 for male passengers and Rs 1 lakh for female passengers. 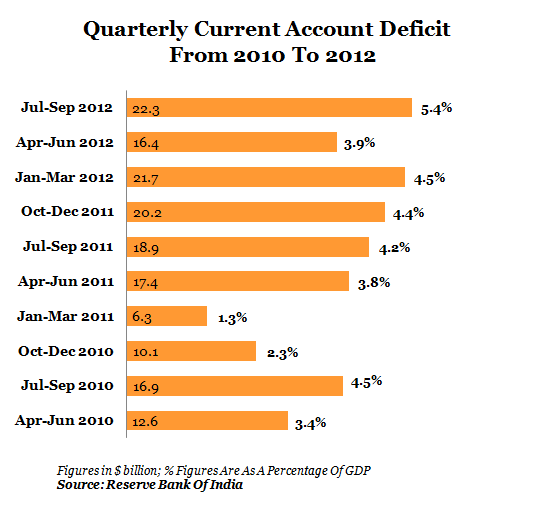 Will the government impose curbs on quantities that can be imported by banks and authorized institutions?

Although widely expected, the budget did not impose any curbs on imports by banks or other authorised institutions. However, one must wait for the Commerce Minister to present the Foreign Trade Policy for the current year as easing or restricting imports is in the domain of the Commerce Ministry. The ministry has already placed restrictions on import of gold jewellery at concessional rate from Thailand.

Will the Finance Minister announce some gold-linked financial savings instruments recommended by the RBI working group?

Chidambaram did not announce any gold-linked financial savings instruments but has said inflation indexed bonds or national security certificates would be introduced. He has also said that the benefit of Rajiv Gandhi Equity Savings Scheme would be given for three successive years in a bid to attract more people to equities.

Looking at the rural and urban development outlays, odds still favor rural development. The budget, however, leaves many things unaddressed, especially questions pertaining to improvement of capacity (both in terms of financial and human resources) of the governing bodies in urban areas and the quality of services being provided in the rural areas.

Chidambaram has promised to keep the fiscal deficit under 5% by increasing revenue and curbing expenditure while he is attempting to bolster the confidence of foreign investors by promising a stable tax regime.