BLOG: Easier Finding God Than A Home In Pricey Mumbai 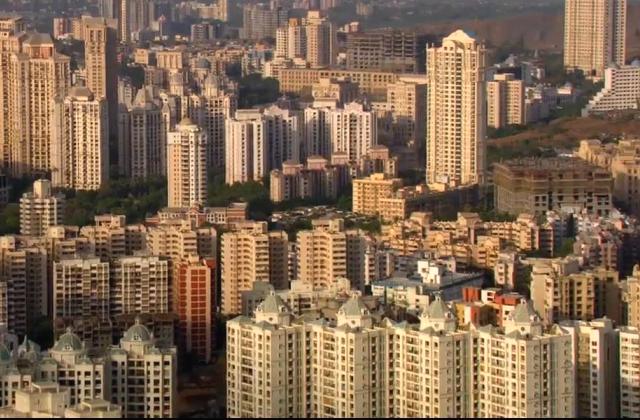 That epigram recently sprung to life when I decided it was time to buy my own apartment in Bombay. I had, after all, been working for eight years, was drawing what many would term a decent salary and I thought it was high-time I stopped being the “shameless Indian daughter” (as I liked to call myself) at 33.

Often, in my reverie, I would fancy owning an apartment in the Queen of the Western suburbs, Bandra. And although I wasn't sure I'd be able to afford anything in the area, I was willing to give it a shot.

My apartment hunt landed me on a housing website, where I typed my criteria — Area: Bandra; Price: Up to Rs 1.5 crore; Bedrooms: 1RK (a studio or what is popularly known as a one room kitchen in Indian parlance), 1BHK (a one bedroom, hall or living room and kitchen). The search threw up some 50-odd apartments. Except two, all the apartments were above Rs. 50 lakh. The two exceptions were studio apartments (or 1RK), whose prices were quoted as Rs. 23 lakh and Rs. 27 lakh.

The prices shocked me, in a nice way. It was unbelievable that anything was available in an area where the average prices in a multi-storeyed building for the July-September period stood at Rs. 43,845 per sq ft. I obviously decided to take a look at both properties. I remember thinking to myself that the case for affordable housing wasn't completely lost in one of the world's most expensive cities.

Too good to be true

I first visited the Rs 23-lakh apartment. It was on the top floor of a building with a narrow, steep flight of stairs. The building was clearly an add-on to the main house, which was on the ground floor. The owner of the apartment asked me how I would pay for the flat, and when I said I would take a bank loan, I was told that I needed to "find another mode of payment" (read, cash). The reason: the flat was purchased on a personal loan from a relative, which I'm presuming was a cash loan (of unaccounted for money or black money) which he intended to pay back in the same form. If I purchased the house with a bank loan, my payment would be money that is accounted for with tax authorities, in turn requiring him to account for it when he filed his taxes.

Good sense dictated that I let go of the apartment. I neither had the ready money nor the temerity to purchase a flat that seemed like it was a shady undertaking.

I moved on to the next flat, its price quoted as Rs. 27 lakh. This flat was a dream: 230-sq-feet built-up (built-up area is the area enclosed within the apartment — the area that the thickness of the walls cover and the balcony area, if any), in a prime location, cheery ambience, big windows and plenty of light. The building seemed legit (with around 15 families), and the owner of the apartment and her two children were only too helpful.

They presented me with the purchase agreement for the flat, maintenance bill receipts from the society and electricity bills. I asked them if the land was freehold and if the building had a registered society — yes, they said. I spoke to the secretary of the building and asked him the same questions. He confirmed what the owner had told me. I also asked the owner if the apartment fell under gaothan land — i.e. a village site located within a town or city — and I was told it did not. In fact, the owner said, the building would be redeveloped.

Since the owner of the apartment and the secretary of the building were generally cooperative, I had no reason to disbelieve either, and when I was asked for a token amount, I willingly complied with the timelines and the amounts asked. The owner intended to use the deposit money I paid her for the flat to buy another home.

I soon realised that when something seems too good to be true, it must be just that.

The issues with the apartment surfaced when I approached the bank for a housing loan. The building was built on an plot that originally had a bungalow. The bank wanted the bungalow's 'Certificate of Occupancy', a document issued by the municipality (the Brihanmumbai Municipal Corporation), certifying the building was compliant with applicable codes and laws, effectively stating it is suitable for habitation. On calling the building's secretary about it, he told me he didn't have it. When I asked him to source it from the builders, he said the builders didn't have it either. I then asked him for a 'Building Completion Certificate', issued by the municipality after the completion of work on a building. The secretary didn't have that either.

And it gets worse

These developments alarmed me. By now, I had already paid the owner a deposit of Rs. 5 lakh, and I was unwilling to put any more money into a potentially illegal apartment.

I had consulted with a lawyer about the property before I went to seek a bank loan and since he didn't raise any concerns, I believed the property to be a safe buy. However, the evident non-compliance made me seek a second opinion. I decided to show the property papers to another civil lawyer.

It was lawyer No. 2 who discovered that in addition to the non-compliances I had discovered, three of the previous owners of the flat, had not paid stamp duty or registration fees — which effectively made its ownership illegal.

In addition, if I did go ahead with the property purchase, I would have to pay the stamp duty for all the previous owners and the fines the non-payment would incur. This, is in addition to paying my own stamp duty and registration fees.

Under Section 17 of the Indian Registration Act, 1908, the purpose of registration is to record the ownership of the flat; and till the title deeds in one's name are registered or recorded, a person is not officially the legal owner of the house. This registration of documents is compulsory. To register a property, the document showing paid stamp duty has to be registered with the local sub-registrar of assurances.

The lawyer also brought to my notice the discrepancies in ownership agreements. To give you an idea of how the titles looked, let's address the different owners as #1, #2, #3, #4 and #5.

The original property measuring approximately 1,305 sq ft was sold by the original owner #1 to #2 on August 11, 2010 for Rs. 20 lakh. This 'Deed of Conveyance' was the only stamp-duty-paid document available. All others were notarized agreements made on Rs. 100 stamp papers.

I decided I had experienced enough anxiety pangs in this deal to last a lifetime and I was not about to fall into a booby trap disguised as a deal. I pulled out of the deal at the risk of losing all the deposit money I paid (the owner eventually returned 90% of the deposit), and I've sworn off investing (and paying deposits) in a property that is not scrutinized by a bank and a lawyer.

Realty in Mumbai is dirty business, and municipal authorities are often hand in glove with developers. The Times of India reported last November that 50 percent of Mumbai buildings cleared for construction lack an occupation certificate. So, while you may find an affordable home you want to buy, exercise caution before you dive into the deal. Here are a few tips from my experience:

1) Hire a competent, good property lawyer. Take a second-opinion if you must.

3) Make sure titles of the property you are purchasing are clear. Also, look up the dates of the sale on every previous agreement. If there's a discrepancy, it's a red flag to reassess your purchase.

4) It's advisable to buy a house taking a bank loan. Banks usually do due diligence on the property they are financing, in addition to catching any discrepancies in the property's papers or deeds.

5) Make deposit payments by cheque. At least you have proof of having paid the money, in case of fraud.

My first experience in purchasing an apartment turned out to be a real-life lesson on finding God but not a home in Mumbai.

As the other saying goes: God only helps those who help themselves.

(Arlene is a journalist based in Mumbai. She blogs at theyellowindian.blogspot.com)