BLOG: 5 Things To Know Before Boarding A “Local” 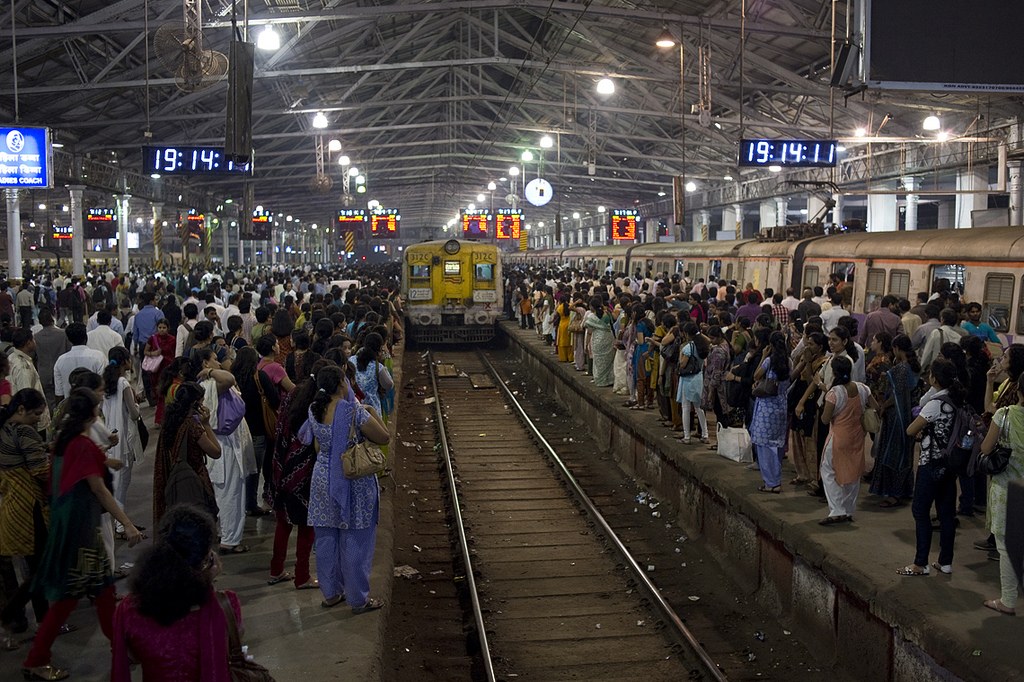 Before I came to Mumbai in April 2013 from the Himalayan hill town of Nainital, my commute to work was a 30-minute, bracing walk in the mountain chill and charm. So, as I contemplated climbing aboard a Mumbai commuter train for the 10-km, 20-minute journey to work, my friends and family had one helpful suggestion—don’t board a “local”.

They were being protective, I suppose, believing I might get trampled underfoot by some of the 8.5 million people who take the locals—as Mumbai’s commuter trains are called—every day. I thought they were being overprotective. After all, I was born and raised in Lucknow, the capital of India’s most populous state, so I was no stranger to crowds.

Of course, the crowds on Mumbai’s locals are some of the most densely packed on earth, and I soon figured that more than the sheer numbers, I would need to understand the culture of the local.

There was really no option to taking the train. It costs me Rs10 with a second-class ticket to get to work and back every day. If I had to take a taxi, it would take an hour more because of the jammed roads and cost me Rs 250—one way.

The locals can get you across Greater Mumbai, an urban agglomeration of over 26 million people spread across five districts, Mumbai, Mumbai suburban, Thane, Raigarh and Palghar.

Forking out from two termini in south Mumbai, Churchgate and Chhattrapati Shivaji Terminus, or CST (formerly Victoria Terminus), the trains run up the claw-like peninsula that is Mumbai. Two lines, the Harbour Branch and the Central Line—formerly the Great Indian Peninsular Railway (GIPR)—head east. It is on a GIPR timetable that the first “local” appears in 1865, according to the Indian Railways Fan Club.

The Western Line—formerly the Baroda, Bombay and Central India Railway (BBCI)—heads west. Its first commuter service, one train in each direction every day, 147 years ago. The Western line runs 124 km from Churchgate to Dahanu Road. The Central line runs 120 km from CST to Kasara, and the Harbour branch runs 68 km before ending at Panvel. There is a fourth feeder line connects Thane-Vashi-Panvel.

So much for geography and history. Since I am an analyst, let’s do some analysis of Mumbai’s commuter-rail system with mass-transit systems in other big cities across the world.

These comparisons show that in terms of capacity, Mumbai locals have the toughest job in the world. This is what causes those dense rush-hour crowds—and, increasingly, at many more times in the day than ever before. In the morning, rush is southbound, that is, towardsChurchgate and Mumbai CST, and in the opposite direction come evening. Here are five things I learnt when I started using the locals.

1) Know your train: The Mumbai suburban railway has a fleet size of 201 rakes, three lines and a feeder line. The rail network covers 319 kilometres. Trains are good to run north-south. But they are not of much use if you travel across the peninsula, east-west. The first line of a new airconditioned metro does run east-west, as does an partly constructed monorail, but they cover only small parts of the city. Signage on locals is bad and you must invariably ask commuters for help. First class is marginally less crowded and the seats better padded, but not only is the ticket eight times costlier, there is only one sure-shot way of knowing where the coach arrives—ask the veteran commuters around you. There are compartments reserved for the handicapped and cancer patients—and fishmongers—but, again, ask.

2) Getting on the train: A train stops at every station for 20 seconds. During rush hours, tens of people get down and climb aboard. There are big gaps between the train and the platform and they never align, making it tough for older people, the handicapped and strangers to the locals. Every day 5 people die on the rail network—falling off trains, slipping between the gap or crossing the tracks. During rush hour, I’ve learned to squeeze my way in. Usually, common courtesy demands an excuse-me if you push someone, but on a Mumbai local during rush hour, you will always be forgiven. Being pushed, pulled aboard—if you are running next to a moving train—and squeezed is local culture.

3) Getting a Seat: For passengers who have to travel cross town, it may be a long haul; the longest journey of 126 kilometres lasts about two-and-a-half hours, from Churchgate to Dahanu Road, During rush hour, many trains offer a uniquely Mumbai experience, the super-dense crush load, as it is called in official parlance, which is 14 to 16 passengers standing in a square metre of coach space. The veterans have some tricks. Some passengers travel in the opposite direction to their journey, to a terminus, to grab seats; others ask seated passengers to give up seats only to them when they get off. Me, I become part of the super-dense crush load.

4) Getting out: If you do not want to miss your stop, it is very important to know which side the platform will arrive. Don’t wait for the announcement, I soon learned. There isn’t one. I did learn to take my cue from people near the door who turned in the direction of the arriving platform and queued up accordingly. I don’t know how they know. They just do. When I first travelled to Andheri—one of the network’s busiest stations on the western line—I did not really have to make an effort to get off. I joined the silent mob queuing up and was simply swept out.

5) Ladies’ Special: Every train has cars reserved for women to ensure their safety and comfort. Women are, however, allowed to travel in the general or non-reserved cars as well, whereas men absolutely cannot travel in ladies’ cars! The trains may be super-dense-crush-loaded but Mumbai’s men—unlike their counterparts in Delhi or Cairo—will not violate this reservation. The Western Line has three entire trains reserved for women, starting at Virar, Bhyandar, and Borivali respectively at different times of the morning, bound for Churchgate; and the opposite direction in the evenings. The Central line has only one such train that starts from Kalyan.

(Tewari is a policy analyst with IndiaSpend. She has been living in Mumbai for just over a year but considers herself a veteran on the locals)