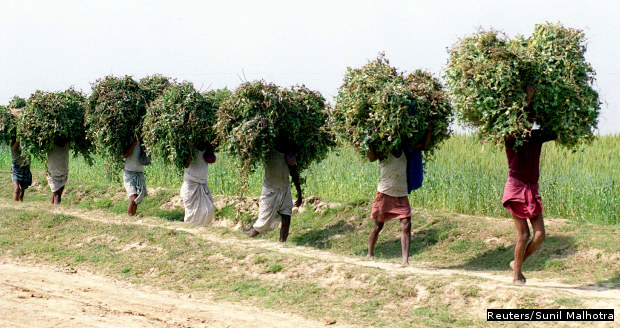 This is likely to be the issue that preoccupies Bihari minds as their state prepares for assembly elections in October and November.

Close to half of Bihar’s young people depend on farming for a living, the impoverished state has 8% of India’s population but supplies no more than 1% of its workforce, and the better educated you are, greater the chances that you will be unemployed.

These are the findings of an IndiaSpend analysis of the census, economic survey, unemployment and industries data.

Of Bihar’s 104 million people, 28 million are between 15 to 30 years of age. That’s 27% of the population, lower than the national average of 30% and lowest of India’s poorest states (Madhya Pradesh, Rajasthan, Uttar Pradesh, Chhattisgarh, Jharkhand and Odisha).

Although Bihar has one of the lowest proportion of young people, unemployment for them (15- to-29 age group) is higher at 17.5% than the national average of 13%.

The unemployment rate for those above 30 is 1.4%, according to labour data , the same as the national average.

As in other parts of the country, educated and qualified youngsters are more unemployed in Bihar than youth who are illiterate or with low education.

Most of Bihar’s youth are engaged in agriculture, followed by construction and trade. They are a key demographic for the Bharatiya Janata Party, which hopes to cash in on their aspirations and disaffection.

Of 12.9 million persons engaged across the Indian industry, Bihar accounted for only 116,396 people i.e. less than 1%.

With agriculture recording 3.7% growth, according to the Economic Survey 2015, and no major industries in the state, providing employment to the growth engine of the economy (the young population) could be the real challenge for whoever wins the upcoming elections.