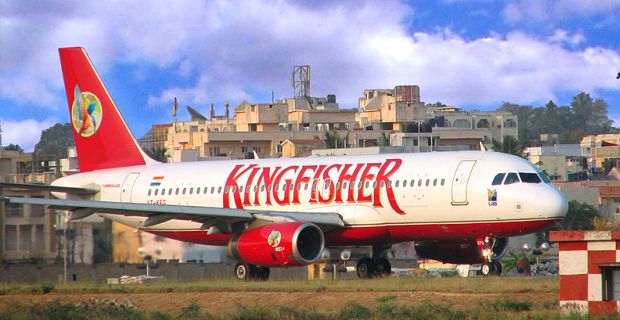 Banking regulator Reserve Bank of India (RBI) is worried about the increase in bad loans in the sector. RBI came out with new guidelines to deal with non-performing accounts (NPAs), which would mean more pain for promoters of defaulting companies. RBI has reason to worry – almost 5% of the outstanding loans of the Indian banking industry are currently NPAs. This adds up to a whopping Rs 2.4 lakh crore for the 40 top banks – much higher than either the profits or net worth of these lenders. Numbers available with IndiaSpend indicate that a disproportionate share of these NPAs come from a few large accounts.

Big borrowers are literally giving a big headache to the banking industry. In case of some banks, the top 30 defaulters account for over half of all their NPAs by value. For the entire banking system, almost 40% of all NPAs come from these top defaulters. Information available in the public domain suggests that some large defaulters – Kingfisher Airlines, Winsome Diamonds and Electrotherm India – are causing pain for several banks in the system. These defaults also indicate a worsening scenario for Indian business.

For instance, in the case of Punjab National Bank (PNB), the top 30 defaulters owed the bank a total of Rs 1,494 crore on 31st March 2011. This means that, on an average, each of these defaulters owed the bank Rs 49.8 crore. For September 2013, the 30 largest NPAs of the bank added up to Rs 6,310 crore – meaning the average size of each bad account was Rs 210 crore. Clearly, these numbers indicate medium to large sized companies. These 30 defaults add up to 38% of all the non performing loans of PNB.

A similar trend can be seen for other public sector banks as well. In case of Andhra Bank, Corporation Bank, Dena Bank, IDBI Bank and a few others, over half of all outstanding NPAs come from the top few accounts.

For State Bank of India, the top 30 defaulters owed the bank a whopping Rs 8,775 crore – Rs 292 crore for each account. However, since SBI is far larger than other lenders, these account for just about one-seventh of the NPA portfolio. SBI is an exception in this matter. For most other public sector banks, this figure ranges from 30-50%.

(One clarification here – these figures are for the top 30 defaulters for each individual bank – not the 30 largest defaulters within the banking system.)

One interesting point here is that in case of some other lenders – particularly the old generation private sector banks and foreign banks, the share of top 30 defaulters is far higher. For the foreign banks operating in India, these defaulters account for over 85% of the NPAs. This would be because these banks have limited networks in India, retail lending is very limited and most of their lending is to large companies.

While banks don’t reveal the names of big defaulters, it is possible to hazard an educated guess going by news/announcements. Two high profile corporate NPAs of the past year have been Kingfisher Airlines and Winsome Diamonds – both owe a few thousand crore rupees to lenders. Recently, AIBEA, the union of public sector bank employees, revealed a list of top loan defaulters. Kingfisher and Winsome were at the top of the list.

There are two major issues here. Firstly, many of these loans didn’t turn into NPAs overnight. Kingfisher’s financial problems had been known for a long time – the question is whether banks should have acted upon the case before they did. Clearly, there is a strong case for monitoring the financial health of large accounts, which can cause damage across the system. Secondly, given the size of these top defaulters, it is clear that the loans are spread out over a number of banks. Banks do co-operate in case of small/retail borrowers to share information about defaulters. It seems that the system doesn’t work particularly well in the case of large borrowers.