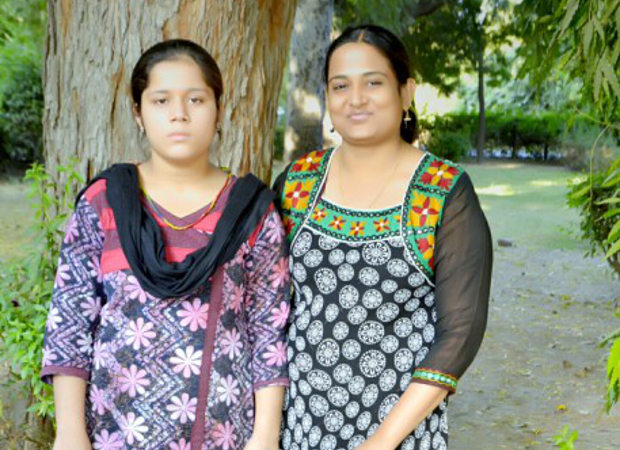 Two years after her wedding in Jaisalmer, Rajasthan, Bhanu (left), then 17, swallowed sleeping pills and tried to kill herself. Kriti Bharti (right), a psychologist, helped Bhanu (her name has been changed for this story) annul her marriage to a 55-year-old barber, who allegedly paid her grandfather a marriage fee of two lakh rupees.

On a cold December day in Jodhpur, 2014, Bhanu, 17, suddenly collapsed. Her parents rushed her to the hospital where doctors said their daughter—a married woman—had attempted suicide by swallowing sleeping pills.

After the recent release of suicide data by the National Crime Records Bureau (NCRB), the discourse has primarily focused on farmer suicides, a politically-sensitive issue. But Bhanu’s case is a reminder that little or no attention is focused on home-makers, a demographic more prone to suicide than farmers.

About 18% (20,412) of all suicides in 2014 were by housewives, against 4.3% (5,650) by farmers, according to the NCRB. There appears to be a decline, overall, in home-maker suicides, but the data reveal two things: one, a quiet, festering problem in Indian marriages and two, a problem with the numbers.

"Women farmers' suicides are routinely undercounted because conventional societies mostly do not acknowledge women as farmers," Sainath wrote this week. "And only a few have their names on title deeds or pattas. One result of this is that the 'housewives' category explodes in those years where states claim nil women farmers’ suicides. In some states, 'housewives' (including many who are farmers but not acknowledged as such) make up 70 per cent of all women suicides in some years."

Even if that is wholly true, there is little question that thousands of home-makers are indeed killing themselves, as IndiaSpend's inquiries with psychiatrists and NGOs across the country confirmed.

How Bhanu went from 6th-standard dropout to teen bride

Bhanu, then 15, was married—against her wishes—to Ramchandra, 55, a barber and farmer. Since Bhanu’s father was a poor barber in Ajmer, he and his wife (Bhanu’s mother) handed over their daughter, and the responsibility for her eventual marriage, to her grandfather in Jaisalmer.

Bhanu's grandfather pressured Bhanu to drop out of school, abandon studies and focus on learning housework, obviously in preparation for marriage. Bhanu, then in class six, became a bride in waiting. Her grandfather struck a wedding deal for Rs 2 lakh, without informing her parents.

While Bhanu married Ramchandra, his niece, age 8, married Bhanu's 35-year-old uncle. Since Bhanu's parents and she were more than 480 km apart, they did not hear about her marriage, until it was too late.

When Bhanu’s parents came to the eight-year-old's wedding, they were shocked, they said, to find wedding rituals underway for their daughter as well. They protested and tried to file a police complaint. The police refused, although the marriage was illegal (18 is the legal age).

"It was unimaginable for us that someone like her grandfather, whom we trusted so much, had married her off in a deal," said her father, who requested that his name not be used. "It was quite shocking for us, but somehow we controlled ourselves and approached Kriti for help."

Determined to annul the marriage, Bhanu’s parents contacted Kriti Bharti, a rehabilitation psychologist and founder of the Saarthi Trust, an NGO in Jodhpur. Bharti helped them file a court case and gain custody of their daughter. As the case was being tried, Bhanu’s husband repeatedly tried to take her away by force, claiming she was now his.

Do the data explain why home-makers commit suicide? Not quite

NCRB data on suicides and the attributed causes are not trustworthy and detailed enough, said experts. The data do not reflect the fact that suicide is not an event, but a complex interplay of factors.

Deaths in rural India are certified by village headmen (“panchyatdars”), although cases are investigated by the police and the process of registering a death is particularly inefficient in rural areas, according to this study published in the Indian Journal of Psychiatry

“When it comes to data regarding suicides and the reasons for it, NCRB figures cannot be trusted at all," said Vikram Patel, a psychiatrist with extensive experience on suicide. "Given the complexity of suicides, just listing single reasons for suicide is too simplistic. Further, the police aren’t trained to handle suicide cases and investigations and reporting is done randomly.”

“When the police investigate a matter, the reason that is the most publicly visible is attributed as a cause for suicide," said Kamna Chibber, a clinical psychologist at Delhi's Fortis Hospital. But that is not usually the real cause.

IndiaSpend had reported previously on how the data on farmer suicides are unreliable. That applies to home-maker suicides as well. Families often do not report suicide.

“The stigma leads to under-reporting," said Lakshmi Vijaykumar, a psychiatrist and member of the World Health Organisation's International Network for Suicide Prevention & Research. "Many families want to avoid harassment by the police and avoid social ostracism, therefore, they never approach the police.”

What is driving housewives to suicide? Men play a big role

NCRB doesn’t give disaggregated causes data on housewives, only the data for overall suicides.

Based on various psychiatrists’ and psychologists’ experiences, three points stand out:

2. Issues such as marital dissatisfaction, torture for dowry, domestic violence and economic difficulties are only the triggers or, in medical terminology, “stressors”. While the occurrence of more stressors increases risk, their mere presence cannot cause suicide.

The cumulative and repetitive interaction of several factors in a complex manner results in suicides, according to a psychological autopsy study done in Bangalore, the only one on "completed (successful) suicides" and domestic violence.

“Personal, biological and external environmental factors and the ability to handle stress and depression play a huge role,” said Patel.

Many studies note that almost 80% of those who commit suicide have depressive symptoms.

Rastogi explained it in simpler terms: Two friends are sitting in a room and a snake enters. Person A is terrified to see the snake, but person B has often stayed in rural areas and has killed many snakes. He barely flinches and advances to shoo away the snake.

What he means is that people handle stress differently. While one spouse may fight back against domestic violence and torture, another may keep quiet and accept it as her fate.

“A woman commits suicide only when she is fully convinced that there is no other way to reduce her drudgery. She feels that she is not able to do anything to improve her situation,” said Chhibber.

Bhanu certainly felt that way. She told IndiaSpend that she was always battling her 55-year-old husband Ramachandra.

“He constantly threatened me that he would take me with him forcibly, but I didn’t want to go with him," said Bhanu. "Even during court sessions, he would intimidate me, which really scared me. I lost hope that things would ever get fine. Hence, I decided to end my life.”

Patel said these were widespread fears. “Domestic violence (emotional and physical), and economic difficulties are the major precipitating factors for suicides by married women,” he said.

“A married woman plays multiple roles—procreating, satisfying the husband's sexual and emotional needs, raising children, managing the kitchen, household expenses, children’s school performance, tending to in-laws and social obligations—mother, wife, and daughter-in-law. If women chose to retaliate, they are scared they will be turned out of their families and in-laws, lose custody of the children they bore, be institutionalised and never resume normalcy. It's easier to slit one's wrist or drink poison. Or hang from a ceiling fan.” --Sreemoyee Piu Kundu, writer on women’s issues.

Women may have support from friends and family but may not have the financial independence to end a marriage.

Why do so many wives aged 15-29 kill themselves?

Over the past four years, 43% of suicides by home-makers have been in the 15-29 age group.

“This is the age group when the experiences associated with gender disadvantage are the most common,” said Patel, a view echoed by Chhibber.

Bhanu was 15 years old when she was married against her wishes, pushing her into deep mental conflict. Eventually, despite the support of her parents, the teenager could not cope.

“Youth is the time when one is still trying to find one's footing in life... often due to an unsupportive environment or one's own personality traits, one is unable to achieve these milestones well and soon enough in life. In such circumstances when trouble strikes, it just becomes easier for one to collapse," explained Sanjay Chugh, a Delhi psychiatrist. "As we grow older, we become more mature... in times of trouble, do have back up plans.”

Young brides get no allowances for the sudden burden of household responsibilities. A time of discovery and aspiration, for many, remains unfulfilled.

"It pressurises her immensely," said Bharti, "leading to mental imbalance and suicidal tendencies.”

Farm suicides are widely discussed in India, but no one really talks of housewives killing themselves.

“In our country, there is a stigma and fear surrounding mental health and a stifling silence around any conversation pertaining to mental illness," said Kundu. "Even talking about it is taboo.”

“If we have a body part which is burnt, we like to hide it from others because we believe that it can never heal," said Bharti. "Similarly, our society has already believed that the issue of women getting equal rights and respect cannot be solved; therefore, these discussions never happen. Until, we believe that we truly can solve this situation, we can’t do anything.”

To Vijaykumar, the key point is political irrelevance. “It’s simple," she said. "Housewives’ suicides aren’t politically important, that’s why politicians and experts don’t discuss it (the issue) much.”

Why decriminalising attempted suicide can help

India accounts for 21% of the global disease burden and is struggling with high malnutrition and high infant- and maternal-mortality rates. So, suicide has never been a significant public-health issue.

It does not help that India is short of mental-health professionals by 87%, according to data tabled in Parliament in 2013.

Last year, the Centre announced a plan to decriminalise attempted suicide and scrap section 309 of the Indian Penal Code, which provides for a year in prison and a fine for anyone attempting suicide.

The Law Commission of India's 210th report also suggested removing section 309, but there the matter rests.

1. It will allow anyone who has attempted suicide to be treated immediately without the medico-legal process. This will also remove the stigma.

2. It will be affordable for the family--private hospitals often overcharge to treat such patients, citing the legal process involved.

3. It will help collect data on those who attempt suicide and plan services for them. These cases are often under-reported or reported as accidents.

“Rather than pressing charges against the victim, the focus should be on prosecuting the person who compelled the victim to commit suicide. The victim has already faced hardships and therefore, putting further pressure on her is unfair.” said Bharti.

Back in Jodhpur, the police did not charge Bhanu with Section 309 because Bharti pressurised them not to, leaning on them, successfully, to file a case of abetment to suicide (Section 306) against Ramchandra. Much legal action depends on arbitrariness.

Bhanu, with Bharti's help, is now preparing to appear for her class ten examinations through the open-school system as a private candidate, which means she does not have to complete previous classes. She lives with her parents in Jodhpur, as her case meanders through the city's courts.

Bhanu's experience has shaped her ambitions. "Kriti didi (Bharti) is my idol, and I want to become a social worker like her," said Bhanu. Her ambition: To eventually urge and help girls forced into early wedding to annul their marriages. ¦

Bhanu is a pseudonym. We have not revealed her real name at her request.