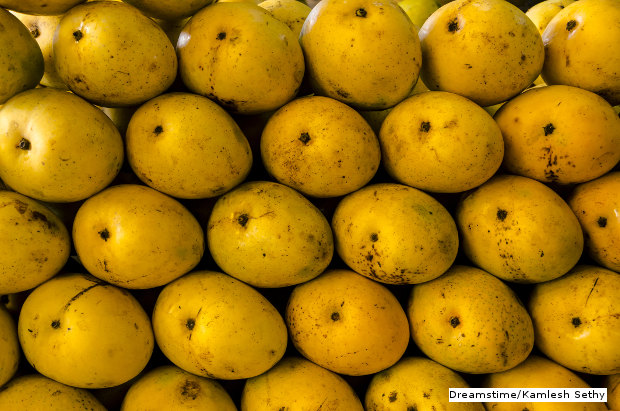 Last summer was a bonanza for mango lovers in India. Shoppers were pleasantly surprised to find the king of them all, Alphonso mangoes, piled up on street-carts, alongside the more affordable range of Langra, Dashehari, and Chausa.

Alphonso prices had crashed, thanks to a European Union (EU) ban on mango imports from India.

At the heart of the ban was a tiny fruit fly. Importing countries feared that this exotic pest would infest and destroy their local crops, such as lettuce, cucumber and tomato.

Compare this to the world’s no.1 exporter, Mexico. This North American nation produces some 1.6 million MT of mangoes, and exports about 270,000 MT. That's around 17 percent!

Productivity in India is low and wastage is high, as our accompanying story explains.

India’s exports were worth Rs 285 crore in 2013-14 and Rs 265 crore the year before, according to APEDA (Agricultural and Processed Food Products Export Development Authority) data. About 60 per cent of its exports are to the United Arab Emirates. Shipments to the EU were around 4,000 tonnes, valued at Rs 50 crore in 2012-13.

This week, an EU committee endorsed a proposal of the European Commission to lift the ban on the import of mangoes from India, citing "significant improvements" in its certification system.

Export of fruits and vegetables is a complicated business, more so when each country has its own set of requirements.

Japan insists on mangoes being subjected to treatment with hot vapours. The US and Australia buy only irradiated fruits, while others, including the EU, specify hot-water treatment.

These diverse requirements obviously add to export costs. In its advisory to exporters, APEDA specifies that the costs of positioning foreign inspectors, whether American or Japanese, must be borne by export-facility owners.

Last year, India raised these requirements as a “specific trade concern” at the World Trade Organisation, pointing out that the high cost of certification, on account of supervision by US inspectors, made Indian mangoes uncompetitive.

Two developments have somewhat turned the tide in India’s favour.

The first was a report by the Food and Agriculture Organisation (FAO) in October and, more recently, a clarification issued by the EU that its ban is being lifted this year on an assurance from India that all consignments would be processed in APEDA's hot-water treatment facilities and duly certified before being exported.

The FAO report is quite significant. Until recently, it was assumed that fruit flies were pests unique to India. The EU, USA, Japan and Australia had imposed similar restrictions on imports from other tropical countries, citing infestations from Oriental, Philippine, Invasive and Asian Papaya fruit flies.

A multinational research effort was launched by FAO in 2009 involving nearly 50 researchers from 20 countries. In October 2014, the research team came to an unequivocal conclusion: four of the world's most destructive agricultural pests are actually the same fruit fly. 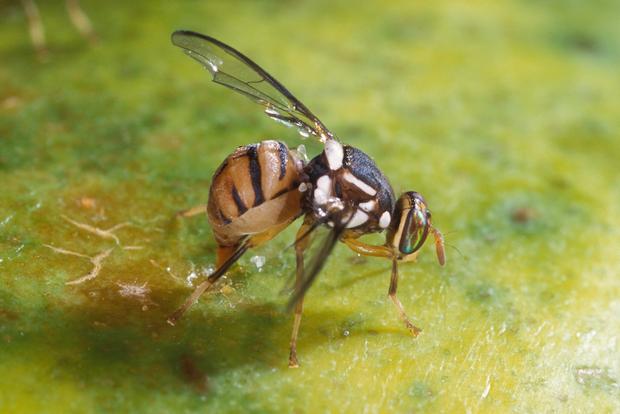 "This outcome has major implications for global plant biosecurity, especially for developing countries in Africa and Asia," said Mark Schutze, lead author of the FAO study. "The fruit fly has devastated African fruit production with crop losses exceeding 80 percent and has led to widespread trade restrictions with refusal of shipments of products into Asia, Europe and Japan, and significant economic and social impacts on farming communities".

Precise identification of pests is central to pest management. Now scientists can focus their attention on developing standard protocols introducing bio-markers and insect birth-control techniques. Standard methods like the introduction of mass-produced sterile Oriental fruit fly males can now be used against all the different populations of this major pest.

Trade barriers based on fears of ‘exotic fruit fly infestation’, may soon become a thing of the past.This season, Alphonso mangoes may not be available for discounted prices in your local market, but the summer of 2015 may turn out to be a happy one for mango farmers, as well as other fruit & vegetable exporters in India.

(Dinakar R. is deputy general manager with Biotech Consortium India Ltd. These are his personal views.)