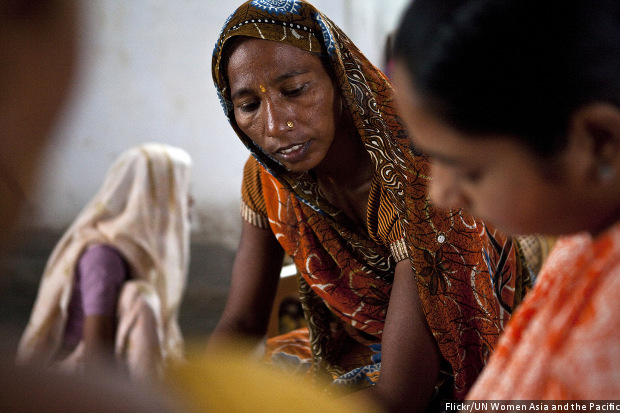 These data, from the Rural Health Statistics (RHS), 2015, indicate how successive UP governments have neglected the need of affordable, accessible and quality healthcare for the 200 million people--only five countries have larger populations--of India's most populous state, home to nearly a fifth of all Indians.

The result of this neglect is manifest in the major indicators of UP's health deprivation, according to various government data sets that we studied:

Over the last decade, several surveys, reporting and independent studies have revealed wide healthcare disparities across India and the situation in social-economically backward states, such as UP, which is not alone. It is one of eight states that comprise the empowered action group (EAG) of backward states (formerly called the BIMARU states)--UP, Madhya Pradesh, Odisha, Jharkhand, Bihar, Rajasthan, Chhattisgarh and Uttarakhand--identified in 2005 for special attention.

But over the last decade, that attention has not resulted in any significant progress in UP, one of the poorest-performing of the eight EAG states, much like Bihar, Jharkhand and Jammu & Kashmir.

Why a decade of progress across India escaped UP

Healthcare has been low on the priorities of successive UP governments. The per capita expenditure on health in UP increased from Rs. 260 to Rs. 372 over four years to 2010, according to this 2012 National Institute of Public Finance and Policy report, compared to Rs 356 to Rs 580 in Kerala and from Rs 299 to Rs 579 in Tamil Nadu over the same same period.

Among the major states of India, UP, Assam, Madhya Pradesh and Odisha account for the lowest life expectancy at birth, in contrast to the decade-long progress evident in most southern, western and eastern states.

What are the reasons for UP's poor healthcare record? A combination of several factors, such as a shortage of healthcare professionals, increasing cost of healthcare, the mushrooming of private healthcare and a lack of planning.

A third of the rural population in UP has been deprived of primary healthcare infrastructure, according to the norms of the Indian Public Health Standards (IPHS), which sets infrastructural and human resource standards for public health institutions in India.

No expansion of public healthcare institutions over last 15 years

As we said, successive state governments have failed to plan, prioritise and understand healthcare needs.

Since governments have failed to increase public-health institutions to match population growth, millions are deprived of basic healthcare and existing facilities are overcrowded, made worse by substandard health facilities.

Over the last nine years, there has been almost no upgradation of institutions offering basic healthcare. No more than four of 773 CHCs are adequately staffed and serviced with drugs and supplies, according to this 2015-16 report of the National Rural Health Mission (NRHM); 467 CHCs did not have minimum infrastructure and staff.

Medical and paramedical staff--in short supply across India, as IndiaSpend reported in September 2016--are in particularly short supply in UP, especially the rural areas.

The shortage of health workers can be addressed since there has been a significant increase in the number of trained medical and paramedical professionals, both in the state and country.

In UP, private health providers--including unrecognised doctors and quacks--meet 85% of medical needs, according to the report.

“Health care in UP can be summarised as a composite challenge of access, quality and demand,” said the state's Annual Plan Report for 2014-15. “The large public sector does not have adequate access besides being found wanting in quality of care at the cutting edge (PHCs and Sub-Centres). The private sector has access but poses a challenge on account of a serious lack of quality to the extent that it often becomes a threat to the health of people.”

With few other options, UP's people must frequent the private healthcare system, where the average per person cost of treatment of one ailment is highest amongst most poor (EAG) states (see graph below).

The average cost of treatment at sub centres and PHCs in UP is Rs 660 per person, more than double the national average of Rs 312 per person, according to the ministry of statistics report.

Source: Compiled from Health in India, NSS 71st round (January to June 2014)

The high cost of healthcare services further affects people’s ability to access them. Nearly a third (29.43%) of UP's population lives below the poverty line.

Currently, UP relies on a public healthcare infrastructure that is two decades old. A fifth of the population deprived of healthcare cannot contribute to the social or economic growth of the country.

(Panigrahi is a fellow at the Rajiv Gandhi Institute for Contemporary Studies, New Delhi; Singh is an associate fellow.)