As India begins lifting lockdown restrictions from non-containment zones today, comes the news of Goa becoming COVID-19 free but Maharashtra reporting its highest daily increase. The picture is mixed across the country as India has reported 1,149 COVID-19 cases--the third highest in a day--today, bolstering the case for a phased lifting of restrictions.

Three highest single-day increases in the number of cases have been reported in the last seven days (since April 14). 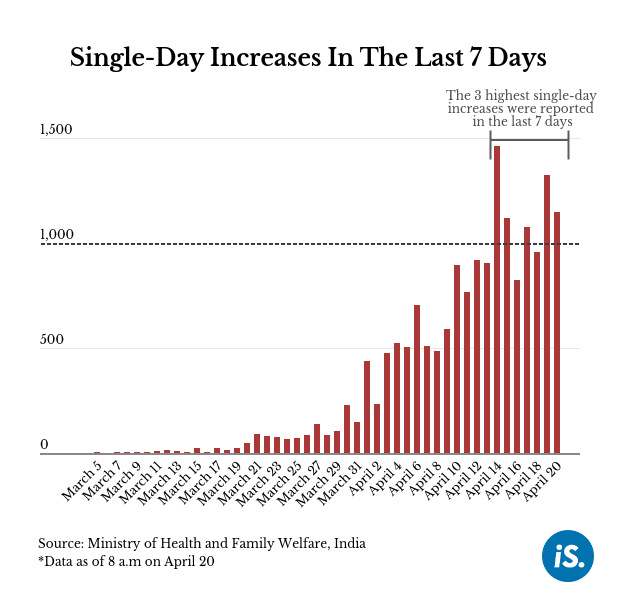 Maharashtra (552 new cases), Gujarat (139) and Rajasthan (127) are the top three states to report more cases as per the health ministry’s update at 8 a.m. today.

Goa, which has reported seven COVID-19 cases, has now reported 100% recoveries. It is the only state (among those that have reported at least one case) to have no active cases currently, along with Nagaland (whose single case was transferred to Assam).

Coronavirus Monitor is tracking all confirmed cases & deaths due to COVID-19 in India, as well as patients discharged after treatment. For now, we are using updates from the Ministry of Health and Family Welfare and the Indian Council of Medical Research.