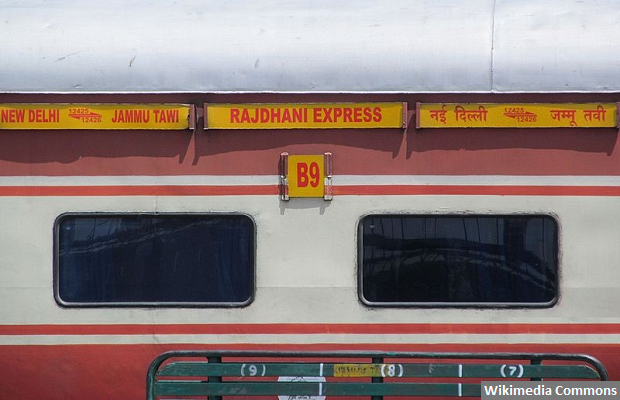 Last coach (guard coach) of Jammu Rajdhani derailed on arrival at New Delhi Railway Station at 6 am; no injuries or casualties reported.

The largest passenger system in the world with 23 million passengers every day, the Indian Railways was hit by 78 derailments in 2016-17 with 193 people dead, the most in 10 years, IndiaSpend reported on August 22, 2017.

Although accidents in general have fallen over 10 years, from 194 in 2007-08 to 104 in 2016-17, derailments have risen over this period, an indication that trains are increasingly at peril.

The first six months of 2017 reported 29 train accidents, of which 20 were due to derailments, killing 39 people and injuring 54, according to this reply to the Lok Sabha, parliament’s lower house, on July 19, 2017.

Derailment was the second-leading reason for train accidents and casualties between 2003-04 and 2015-16, according to the Twelfth Report of the Standing Committee on Railways on 'Safety and Security in Railways' presented in the Lok Sabha on December 14, 2016. The leading reasons for accidents was human error.

One of the cause for derailments is the lag in addressing what are technically called “defects in the track or rolling stock”.

“Track renewal covering 5900 km of track have been sanctioned as on March 31, 2016,” said the Fifteenth Report of the parliamentary standing committee on the action taken by government on the recommendations/observations contained in the 12th Report, presented on August 3, 2017. “...Accordingly, physical targets have also been increased from 1500 km to 2668 km.”

Track failures and subsequent derailments are caused by twin factors–excessive traffic and underinvestment in rail infrastructure, IndiaSpend reported on April 3, 2017. Up to 40% of Indian Railways’ 1,219 sections are utilised beyond capacity.

Here's all you need to know about the Mumbai-Ahemdabad bullet train.