As India Aged, 32% Of Elderly Got 71% Of Government Money 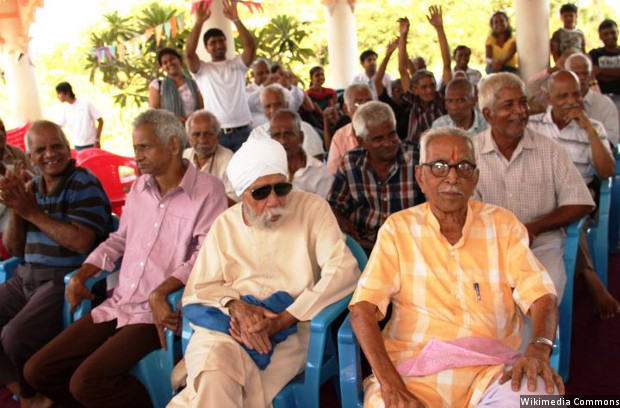 Five states with no more than 32% of India's population of senior citizens (above 60) cornered 71% of the Rs 34 crore that the Centre provided for maintenance of old-age homes over the past four years, according to an analysis of government data.

India is known for its demographic dividend, but the country is ageing, its elderly population rising 36% over 10 years. The skewed funding of a centrally-run elderly care programme indicates that some states are better prepared than others--the poorest and most ill-managed are worst off--to navigate the formidable bureaucracy that sanctions grants to NGOs.

Rs 24 crore (71%) of Rs 34 crore went to Andhra Pradesh (AP), Karnataka, Tamil Nadu, Odisha and West Bengal, states that are home to one-third of India's senior citizens, revealed our analysis, based on data from the ministry of social justice and empowerment.

Government funding through the IPOP covers 90% of costs to build and maintain old-age homes, day care centres and mobile medicare units for indigent senior citizens. It is managed by the social defence bureau of the social justice ministry.

India had 103.8 million citizens above the age of 60 at the end of 2011, up from 77 million in 2001, the rising numbers a result of falling fertility rate and growing life expectancy, IndiaSpend reported in May 2016.

An increase in elderly population implies greater responsibility for the government and civil society organisations in providing shelter, food and healthcare for the aged. Currently, the skewed funding reflects the lack of attention to this ageing.

AP, with 7 million fewer senior citizens, got almost 8 times more funding than UP

Uttar Pradesh (UP), India's most populous state, has more people above 60 than any other state (15 million or 14.86%), but it got no more than 3.22% of central funds to maintain old-age homes. With 7.97% of senior citizens (8 million), AP--the data includes Telangana--got almost eight times as much money as UP.

With 20.77% of India's above-60 population, three southern states, AP, Karnataka and Tamil Nadu, cornered 52.16% of IPOP funding over the four financial years we mentioned.

AP also has the most IPOP beneficiaries nationwide (5,100), six times more than UP's 700. The anomalies affect the poorest and most-populous states.

With 7 million aged persons, Bihar has the fifth largest population of elderly people, but it received 0.70% of national funding; Rajasthan, home to five million senior citizens, got 1.1%.

“Any budgetary proposal under IPOP goes through numerous desks between the district, state and central government, which causes inordinate delays, diluting the government’s purpose of helping the voluntary sector with timely funds,” said Balakrishna Moorthy, general secretary of People’s Action for Social Service, an NGO that runs two old-age homes and one mobile medicare unit for elderly persons in Chittoor, Andhra Pradesh.

Karnataka and Madhya Pradesh have similar proportions of people above 60--5.57% and 5.50%, respectively--but Karnataka, with 13.88% of IPOP funds, got 13 times as much funding as Madhya Pradesh over the last four financial years, during which Madhya Pradesh had 1.25% of IPOP beneficiaries compared to Karnataka’s 12%.

Assam and Manipur, home to 2.18% of senior citizens, in top-10 funded states

Odisha, which is not even among the top 10 states with senior citizen population, got 12.53% of the funds granted to old age homes over four years and ranks second in both beneficiaries targeted and old-age homes funded.

Among the top-10 funded states are Assam and Manipur, which collectively got 10.59% of funds but are home to only 2.18% of India’s elderly population.

With four million elderly persons, Gujarat ranks 10th on the list of senior citizens, but it received no elderly care funding over the last four financial years. Kerala, which ranks 11th, received no funding in 2012-13 and 2014-15.

“I receive a constant barrage of emails and phone calls from consultancy firms that offer to file my applications online and lobby for my proposal at various levels of bureaucracy,” said Sukhwinder Singh, manager of Gyandeep Shiksha Samiti that runs a day care centre for senior citizens in Bhatinda, Punjab.

The Supreme Court, in April 2016, issued a notice to the ministry of social justice and empowerment in response to a public interest litigation filed by former law minister Ashwani Kumar, who insisted that while there were enough laws and policies for the elderly, they were improperly implemented.