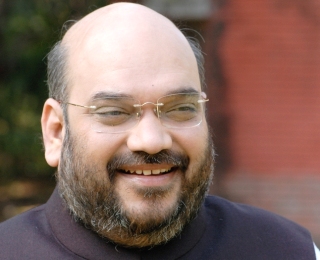 Over the last few weeks, the newly anointed BJP president, Amit Shah, has been the recipient of unsolicited and incessant sermonising from pundits of civil society about the reasons for the BJP’s lacklustre performance in the recent by-elections. There is unprecedented unanimity among political observers that the BJP’s straying from the theme of development in the Lok Sabha elections to a theme of communal division in the bypolls was the primary cause for the party’s losses. The insinuation is that divisive attempts cloaked in the creative terminology of “love jihad” were unilaterally rejected by voters. Were these defeats for the BJP a vote against the Modi government, or the rejection of a perceived change in electoral strategy, as is the popular narrative?

An analysis of the assembly data, segment-wise, of the 2014 Lok Sabha polls, which the Election Commission made available recently, reveals that the distortion in the electoral landscape caused by the coming together of all major opposition parties for the by-elections is more explanatory of the BJP’s reversal of fortune in 11 constituencies in Uttar Pradesh and Bihar than any other conjecture — whether development or identity.

In other words, had the opposition parties in UP and Bihar allied, or abstained (as the BSP did), in the Lok Sabha elections, the BJP could have lost eight of these 11 assembly segments. That is, the bypoll outcomes would not have been deemed a loss now. Perhaps that explains the nonchalance of Amit Shah, the “man of the match” of the Lok Sabha polls, regarding criticism of his electoral strategy for the bypolls.

In the 53 assembly segments across 12 states (excluding Sikkim and Tripura) where by-elections were held recently, the BJP, which had won 44 for the Lok Sabha, won just 22 in the bypolls, suffering a reversal in 22. The BJP’s overall voteshare in these constituencies dropped from 50 per cent in the Lok Sabha elections to 44 per cent in the bypolls. Eleven of these 22 reversals were in the two states of UP and Bihar. Nonplussed at this dramatic change in fortune in such a short timespan, most observers have sought to rationalise these losses with ideological narratives.

However, it is important to recall that the voter’s choice of candidates in these two states altered significantly from the Lok Sabha polls to the bypolls. In UP, the BSP decided not to contest. In Bihar, the Congress and RJD joined hands with the incumbent JD(U) against the BJP. Counterfactual analysis is never a precise science. Nevertheless, it is pertinent to ask: Would the BJP have won these segments in the Lok Sabha elections had these parties joined hands and the BSP did not contest? If it wouldn’t have won them, the narrative explaining the recent bypoll losses in these constituencies is moot.

In the 11 assembly segments in UP, where by-elections were held recently, 3.55 lakh voters (15 per cent) had defied the “Modi wave” and voted for the BSP in the Lok Sabha elections. In the by-elections, with no BSP candidate, these voters seemed to have logically shifted loyalty to the other regional party — the SP. A simple addition of the SP and BSP votes in the Lok Sabha elections reveals that this combination had a higher voteshare than the BJP in four of these 11 constituencies, implying that the BJP could have potentially lost these four seats anyway in the Lok Sabha polls. Moreover, in three of these four constituencies, the BJP’s voteshare remained constant or marginally lower in the by-elections compared to the Lok Sabha elections, lending further credence to the argument that the mere combination of SP and BSP votes had a larger role in the BJP’s losses.

The table details each of the seven segments in UP that the BJP won in the Lok Sabha polls but lost in the by-elections. For sure, in the Charkhari and Hamirpur assembly segments, the BJP’s voteshare collapsed significantly, from 45 per cent to 21 per cent, suggesting larger reasons for the party’s defeat than mere arithmetic. In Rohaniya, which is part of the Varanasi Lok Sabha constituency — where Narendra Modi won and Arvind Kejriwal came second, with more votes than the Congress, SP and BSP combined — the BJP and AAP did not contest the bypolls. Hence, the loss in Rohaniya is again more due to a significant change in the ballot than anything else. Overall, it is clear from assembly-wise analysis in UP that alteration in the electoral landscape had a larger impact on the BJP’s losses in five of seven constituencies than any significant discontent among voters over “love jihad”, the Modi government or otherwise.

In Bihar, as the table shows, the BJP lost six assembly segments in the by-elections that they had won for the Lok Sabha. Similar to UP, the combination of the Congress, RJD and JD(U) for the bypolls had an impact on four of these six losses for the BJP. The combined voteshare of these parties in the Lok Sabha elections was higher than the BJP’s in four of six segments, indicating that they could have won these seats as a combined force in the Lok Sabha polls. Thus, it is evident that a mere combination of the Congress, RJD and JD(U) would have had a greater impact on the BJP’s winnability in four of the six assembly segments. The changed political equations explain the BJP’s losses in UP and Bihar, but not in Gujarat, Rajasthan and Uttarakhand. This analysis merely presents an alternative hypothesis to the prevailing notion that the BJP’s losses in UP and Bihar were due to some sudden voter discontent with the BJP.

Cognitive dissonance, a desire to seek consistency between one’s own belief and reality, often plagues our political commentary today. In the world of the 24×7 news cycle, the temptation to hastily paint narratives and capsule down complex electoral outcomes to a catchy headline is too hard to resist for most. Reams of booth-level voter data made available by our indefatigable EC make it possible to analyse and glean from them stories of actual voter behaviour that can often provide new insights.