Are We Safe? Some 5,400 Dangerous Criminals Live Amongst Us! 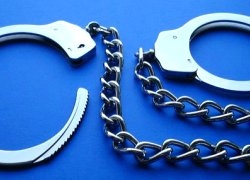 The long arm of the law finally catches up or maybe not. A classic example was the re-arrest of Bitti Mohanty, who, according to reports, eluded the police for six long years. He has been convicted of raping a German tourist in Rajasthan and he was finally rearrested in Kerala 6 years later. 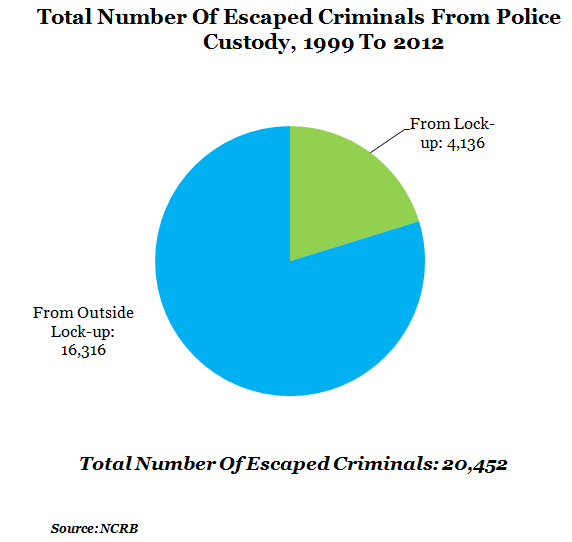 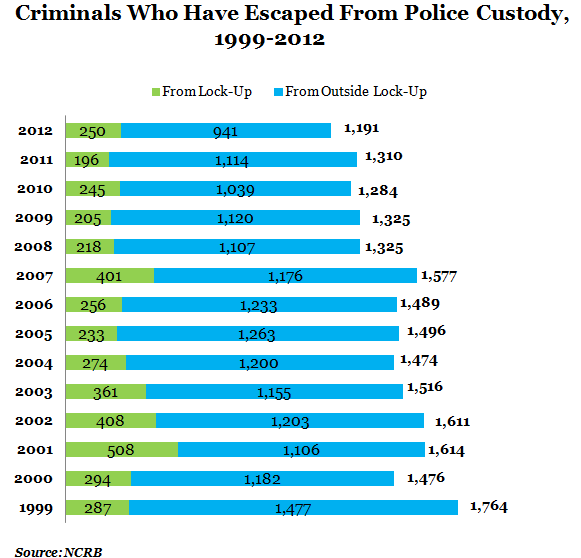 The year 1999 was the bumper year to run for it, with 1,764 individuals managing to give the cops the slip. The year 2001 saw the highest amount of people (508) escaping from lock-ups and 1999 had the highest number of criminals escaping from outside lock-ups. On an average, about 1,460 people escape from police custody every year. 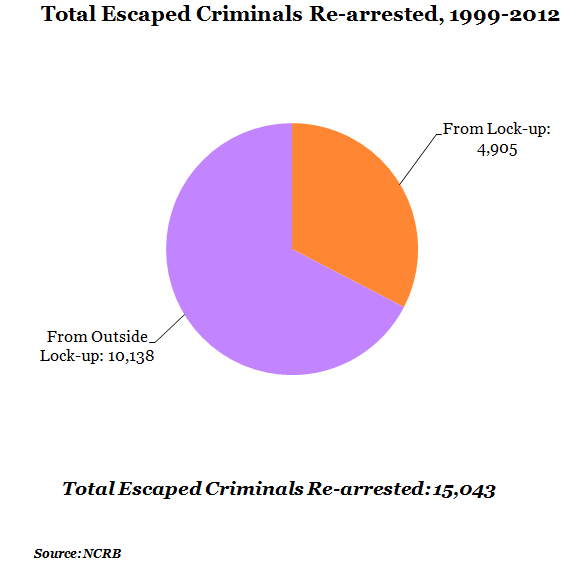 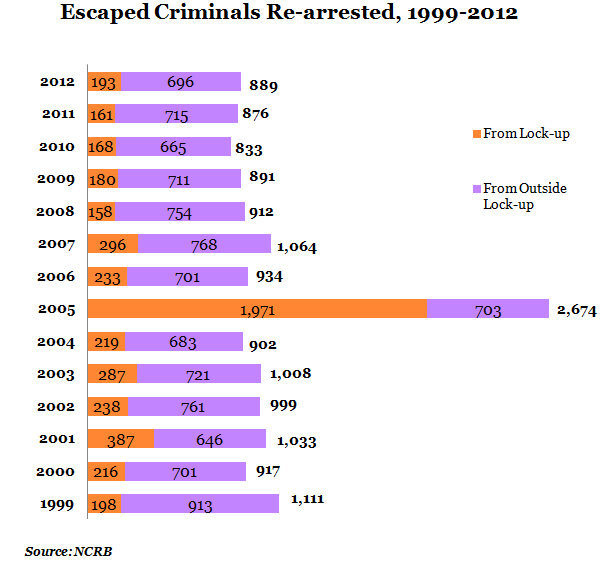 A disclaimer must be mentioned here: escaped criminals re-arrested might not necessarily be those who escaped during that very year. For instance, during 2005, there were only 1,496 criminals who gave the cops the slip but there were also 2,674 re-arrests. The data for criminals who have escaped from police custody is only available from 1999 onwards, and it does not account for those who escaped before 1999 and are still floating around.

Now we’ll leave you with something to think about…. Over the past 14 years, 20,452 people escaped from the long arm of the law. Out of these, 15,043 of the escaped criminals were re-arrested. This means, that there is a strong possibility that there are over 5,400 potentially dangerous criminals living amongst us!