Are Children The New Targets Of Criminals? 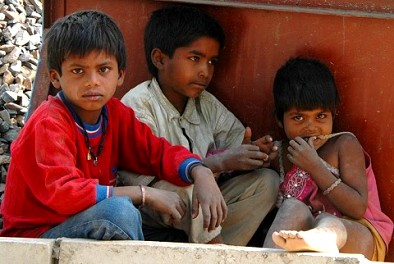 There might be debates for whether the increased reporting of cases is skewing the data but as it stands, there has been a worrying 24% increase in crimes against children in the country reported in 2011 at 33,098 cases as against 26,694 cases reported in 2010.

The graph below shows the crimes against children during 2011: 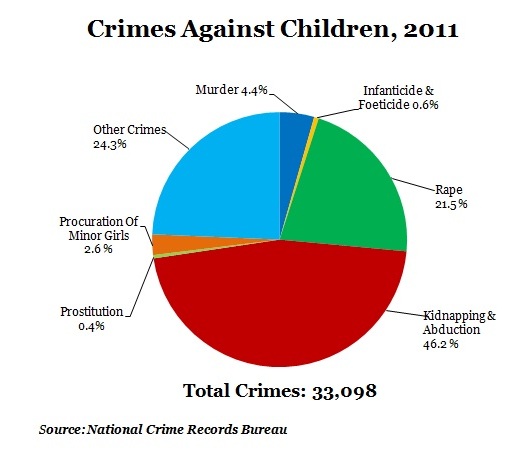 Uttar Pradesh also had the highest number of murders reported during 2011, which accounted for almost 30% of the national total.

Madhya Pradesh recorded 1,262 cases of rapes against minors, the highest in the country. Uttar Pradesh had the second highest number with 1,088 cases being reported.

There was a 27% increase in procuration (inducement to force or seduce to illicit sexual relationships) of minor girls, and West Bengal reported the highest number of cases (298) accounting for almost 35% of the all-India total. West Bengal also accounted for about 77% of the total 113 cases of selling of girls for prostitution.

After six years of the law being passed where marriages of girls below 18 years and boys below 21 years were banned, child marriages, it seems, are still happening across the country. As many as 113 cases under Prohibition of Child Marriage Act 2006 were reported in the country in 2011 out of which the highest were in West Bengal (25) followed by Maharashtra (19), Andhra Pradesh (15), Gujarat (13) and Karnataka (12).

The number of foeticide cases increased by almost 19 per cent with the highest number being reported in Madhya Pradesh (38) followed by Chhattisgarh (21 cases) and Punjab (15 cases).

The graph below shows the number of crimes reported by the top 5 states.