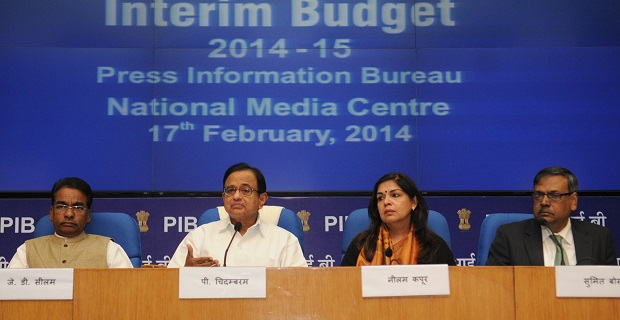 Finance Minister P Chidambaram refrained from announcing any populist measures in the final Budget of the United Progressive Alliance (UPA) II Government but did offer concessions to automobile and durable goods manufacturers to woo the Aam Aadmi.

Chidambaram said the Government may lose Rs 300-400 crore for the remainder of the current financial year due to the cuts but it could be made up if the automobile companies are able to sell more vehicles.

The Finance Minister managed to deliver on the fiscal deficit, the difference between Government income and expenditure, target by promising to contain it at 4.6% of GDP against the Budget target of 4.8%. And he has set a fiscal deficit target of 4.1% of GDP for 2014-15.

Let us look at the revenue estimates of the vote-on-account presented today:

In an effort to boost the manufacturing sector, the Government announced relief for some sectors with respect to excise and custom duties and service tax. 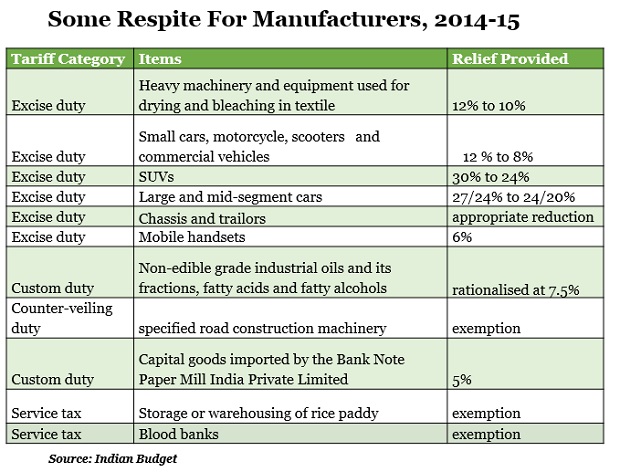 Let us now look at the expenditure side of the budget:

The non-plan expenditure for interest payment and debt services for 2014-15 is estimated at Rs 4,27,011.3 crore, accounting for 35% of the total estimate. Defence expenditure for 2014-15 is likely to increase 10% with an allocation of Rs 2,24,000 crore. The Finance Minister also allocated Rs 500 crore to implement the One Rank One Pension (OROP) for the defence personnel.

The minister highlighted a few ministries where an amount equal to or higher than the budget estimates of 2013-14 has been allocated in 2014-15. The ministries include:

While the gender budget for 2014-15 will be Rs. 97, 533 crore, the child budget will be Rs 81, 024 crore. The Finance Minister has declared additional central assistance of Rs 1,200 crore to North-east states, Himachal Pradesh and Uttarakhand.