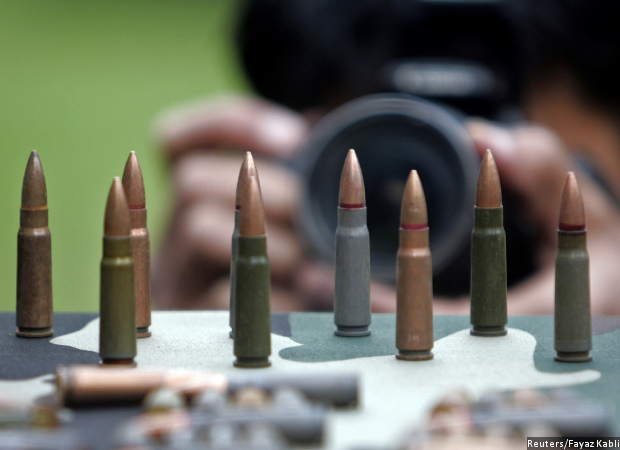 An American is 12 times more likely to be murdered by a firearm than an Indian, according to an IndiaSpend analysis of data collated by GunPolicy, a database managed by the University of Sydney and funded by the United Nations.

The US experienced its worst-ever mass shooting at a gay night club in Orlando, Florida, leading to 49 deaths, renewing a debate on easy gun ownership in the USA.

India’s homicide rate is comparable to countries that are far richer, such as Finland, France and Netherlands. The bulk of gun homicides--6.7 of 10 cases--are reported from India's two most populous states, Uttar Pradesh and Bihar, which are together home to nearly 400 million people. It also appears clear that India's strict gun-ownership laws help: more than eight of 10 Indian gun homicides are from unlicensed arms.

The world's highest gun-homicide rate of 66.6--222 times as high as India's--is claimed by the South American country of Honduras, which has half the population of Delhi and is as large as Telangana.

The data further reveal that six of the top 10 countries reporting the highest firearm-driven homicide rates are in the Americas–North as well as South.

Brazil topped the list (95%) in terms of proportion of homicides committed with a firearm, followed by Venezuela (90%) and Honduras (83%).

Of the world’s 50 most violent cities, 41 are in Latin America, including 21 in Brazil, according to this 2015 report by Mexico Citizens Council for Public Security, an NGO. Venezuela's capital Caracas had the highest murder rate in the world last year and was ranked as the most violent city.

85% of firearm homicides in India are from unlicensed arms

Obtaining a gun licence is far more difficult in India than in the United States, but illegal smuggling of guns is rampant in India, especially in states sharing borders with other countries, such as Bihar, as this April 2015 report in Firstpost detailed.

“You don’t have to buy with a licence because guns are so easily available from illegal sources," Binalakshmi Nepram, secretary general of the Control Arms Foundation of India, told the Hindustan Times. "We feel saddened about what happened in America, but we are also aware that a similar situation can happen in India.”

UP, Bihar account for 67% of all firearm-related murders in India

UP is India’s hub for illegal arms, and 24,583 firearms were confiscated in UP in 2014, accounting for 44% of all arms so taken into police custody in India; 62% of these were unlicensed, improvised and crude country-made fire arms, IndiaSpend reported in October 2015.