Air India's Losses Decline But Will It Survive ?

However, while the carrier's losses have been reducing over the last three years, what is worrying is the huge debt on its balance sheet. Its out-standing debt stood at a whopping Rs 26,033 crore while working capital loans were over Rs 21,125 crore as on December 31 last year. 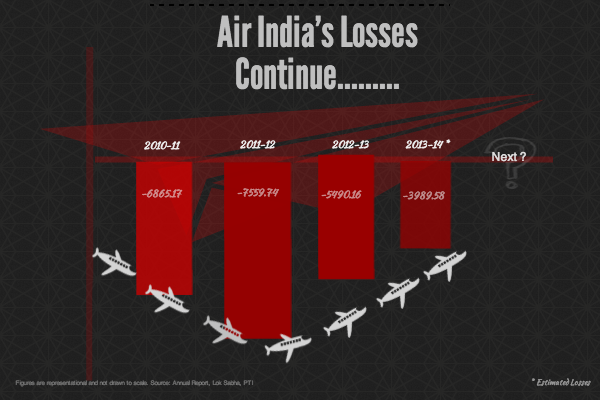