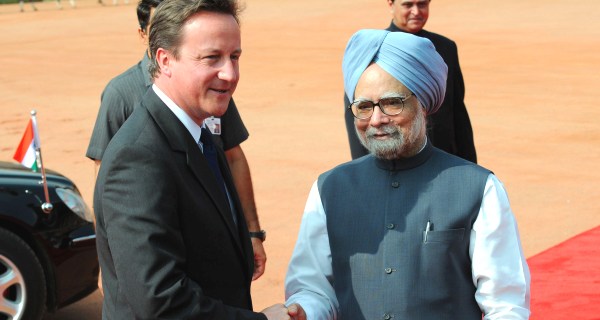 * UK’s Department for International Development to stop aid to India from 2015.

* Majority of DFID money being spent on education, health in India.

* New British policy recognises India as a partner in development rather than a recipient of aid.

India receives over $2 billion in aid annually, according to Organization for Economic Co-operation and Development (OECD). Japan and International Development Association are the top donors with more than a billion dollars each followed by the UK, which is the third largest donor with $657 million.

But UK’s Department for International Development (DFID)’s recently decided to cut back on its contribution. Incidentally, India has mostly ranked next to Ethiopia in recent years in terms of quantum of UK aid received. And has usually been ahead of Bangladesh and Pakistan.

IndiaSpend’s Prachi Salve looks at how much aid has flowed till now and how it has been used over the years. Some key findings:

* British aid to India has been dwindling since recession began in 2008-09.

* The majority of DFID money is being spent on education followed by health. 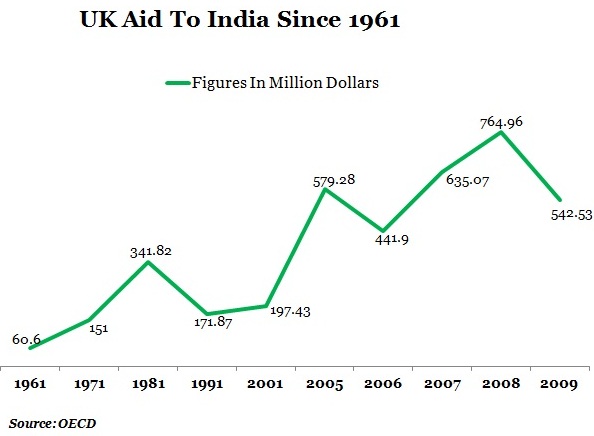 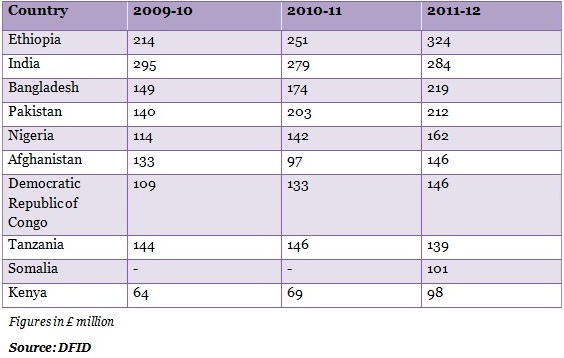 Let us now look at the overall inflows from the UK. The Overseas Development Assistance (ODA) comprise of fund flows including government, multilateral aid agencies and private philanthropic institutions.

DFID has spent nearly £268.4 million on projects in India, and majority of its aid is being spent on programmes relating to education, reproductive health and maternal and child health. 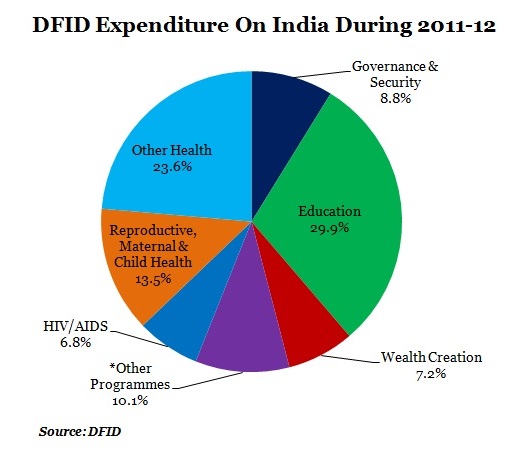 The highest numbers of projects (31) funded by DFID relate to governance and security. The projects under this category range from improving quality of life in urban area through better services to improving the revenue generation of capacity of poor states. The funding for these programmes has been generally increasing steadily from 2008 until 2010 with a dip in 2011 and an increase in 2012.

There is clearly a change in perception in UK and DFID about India. DFID’s (and UK’s) new strategy clearly recognises India as a partner and not a recipient country because of its economic growth over the past decade. So, four areas have been finalised by UK and DFID to continue financial aid to existing programmes until either their completion or till 2015.

1. Focus on India’s low income states like Bihar Madhya Pradesh and Orissa. It will target India’s poorer states where growth has not yet made enough of a dent on poverty.

2. Focus on improving the lives of over 10 million poor women and girls. UK will invest in girls’ education, access to finance, low carbon energy, safe birth, children by choice, reducing violence against women, children’s health and nutrition and sanitation.

3. Catalyse the private sector’s potential to combat poverty to support faster and inclusive growth in poor states; and

4. Deepen engagement with India on global issues where there may be benefits for poor people elsewhere such as growth and trade, climate change, resource scarcity and health and disease control.