Ahmedabad, Delhi top cities where most buses are stolen

Bus owners might want to be extra cautious when it comes to cities like Ahmedabad, Delhi, Bangalore, Faridabad and Pune as these cities have the highest number of buses stolen in 2012, as per data from the National Crime Records Bureau (NCRB). In fact, bus theft has increased by 63 percent to 303 buses stolen in 2012 from 186 in 2011. Among States, Assam had the highest number of reported cases of stolen buses (147). Read the rest here. 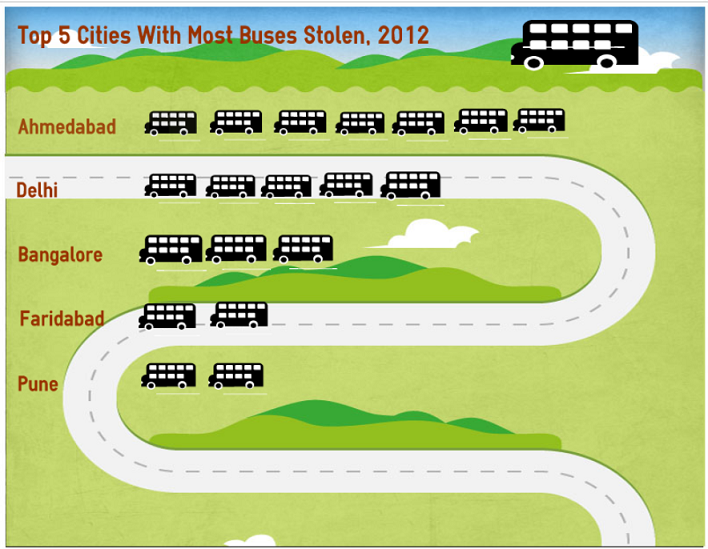