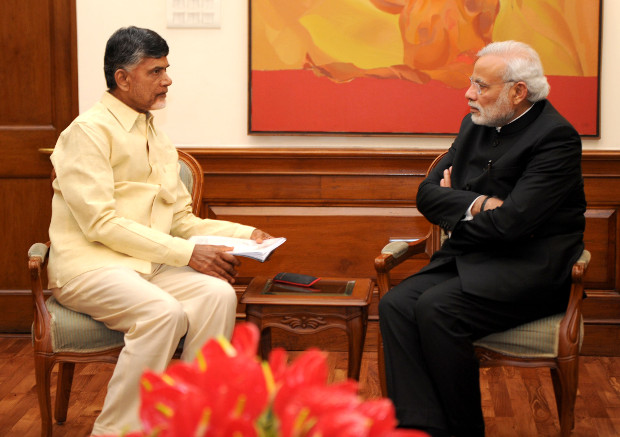 Agriculture’s share in the gross domestic product (GDP) of truncated Andhra Pradesh is growing—unlike the decline India is witnessing—but the state plans an industrial future for itself.

Doubling per capita annual income of Rs 90,517 (in 2014-15) over four years and becoming home to India’s richest people—Andhra-ites are now 10th on the national income scale—by 2029. That’s the ambition laid out by finance minister Yanamala Ramakrishnudu in the second budget after AP’s reorganisation.

Bifurcation of the state might have something to do with this anomaly. The new state of Telangana now has possession of Hyderabad, the primary economic engine of undivided AP. Before the split, agriculture’s share in GDP was 18%-19%; industry’s 23%-25% and services’ 55%-57%, according to planning commission data.

At the core of the plans from Chief Minister Chandrababu Naidu is a new capital city, Amaravati. The budget has set aside Rs 3,168 crore over 2015-16 for its construction.

“The total land required is being secured by obtaining consent from the land owners of capital city consisting of about 33,252 acres,” said Ramakrishnudu. “Out of this land, 50% will be used for common infrastructure for the city which is required to build state-of-the-art infrastructure. About 25% will be returned to the land owners in the form of developed reconstituted plots. This leaves about 7,000 acres of land with the state for constructing its capital complex as well as bringing investments to provide sustainable jobs for the residents of the capital city.”

But states have realised their core constituencies and problems require special attention.

If Jammu and Kashmir had a separate power budget, AP has an agriculture budget. Naidu will also bear in mind that despite pleasing CEOs, rural dissatisfaction was instrumental in his election loss in 2004 .

With 84.58 million people — more than Egypt, Turkey or the UK — when last counted in 2011, AP has a mixed record on social indicators such as education, sex ratio and health:

While non-plan revenue expenditure refers to programme expenses, salaries and other spending, plan expenditure is for building assets.