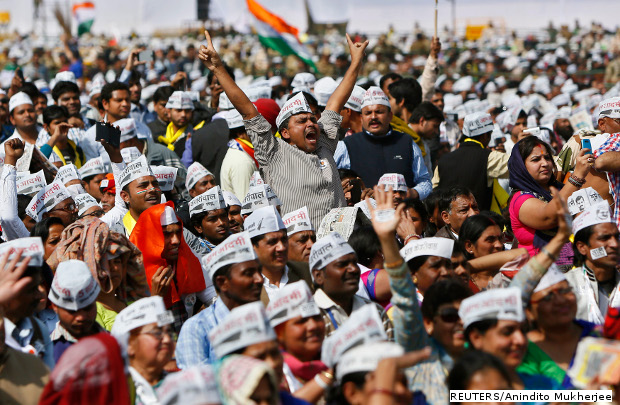 With the reduction in electricity tariffs announced by Chief Minister Arvind Kejriwal, Delhi will have the cheapest domestic electricity among major Indian cities for consumption up to 400 units, an IndiaSpend analysis reveals.

Within two weeks of being voted to power, AAP has fulfilled its promise of reducing electricity tariffs by 50% for consumption up to 400 units.

Source: Power company websites
NOTE: This is a corrected version of the graphic. The underlying data can be viewed here; Also, bill surcharges haven't been considered.

A direct comparison of tariffs between Delhi and other cities is not fair because power utilities of other cities face huge losses.

Although Delhi’s powers utilities are profitable, according to this study by the Power Finance Corporation, they are not profitable enough to cut tariffs so steeply. Therefore, a 50% cut in tariffs by the Delhi government might not be sustainable in the long run.

Based on average consumption practices, an average household’s usage in Delhi in the summer season would be 391 units per month, with the assumption that it uses a water cooler instead of an air conditioner (AC).

If a household chooses to use a 1.5-tonne AC instead of a normal cooler for the same number of hours in the summer season , the monthly consumption would cross 400 units, and so was ineligible for the subsidy.

In winters, the average consumption is estimated to be 361 units per month.

The current subsidy is likely to cost the exchequer Rs 1,427 crore.

With the Delhi Electricity Regulatory Commission (DERC) proposing a 10-15% hike in tariffs in April, the subsidy is likely to increase. Additionally, a proposed audit of power distribution companies (discoms) by India’s auditor, the Comptroller & Auditor General, is also likely to lead to higher rates.