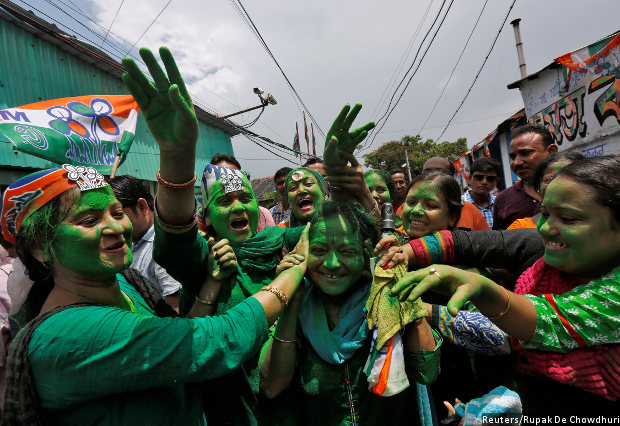 West Bengal has the highest number of MLAs (members of legislative assembly) with criminal charges (107) followed by Kerala with 87, according to data released by Association for Democratic Reforms, a New Delhi-based think tank.

Assam has elected 14 candidates with a criminal record--11% of the total assembly, the same proportion as 2011.

Tamil Nadu has seen a slightly lesser increase, compared to West Bengal and Kerala. Candidates with criminal records increased from 32% in 2011 to 34% in 2016.

In Assam, of 72 candidates facing criminal charges, 14 have been elected to the new assembly.

In Kerala, 87 of 311 candidates with criminal records have won the elections.

The Communist Party of India (Marxist) had more candidates charged with crimes, 72, than any other party, followed by the BJP with 42.

The CPI(M) also had the highest number of candidates with serious criminal charges of any party, 26, followed by the BJP with 23.

Tamil Nadu was the only state where the ruling party had fewer candidates with a criminal record to be elected this time.

The All India Anna Dravida Munnetra Kazhagam (AIADMK) selected 47 candidates with criminal charges, and 28 were elected.

The Dravida Munnetra Kazhagam (DMK) selected 68 candidates with criminal charges, of which 42 were elected.

Criminal intimidation (making threatening calls) was the most prevalent crime reported; there were 172 such cases in West Bengal; the lowest was Kerala with four.