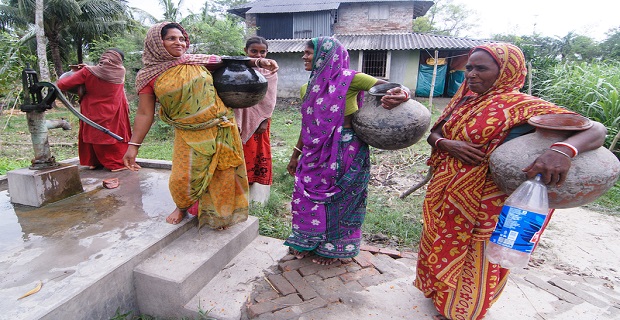 True or not, we thought this would be a good occasion to embark on a small statistical journey to show (or remind) what it really means to be a woman in rural India.

We decided to look at various aspects like sex ratio, literacy rate, employment and financial independence based on how many of them are actually joining self-help groups under the National Rural Livelihood Mission (NRLM). 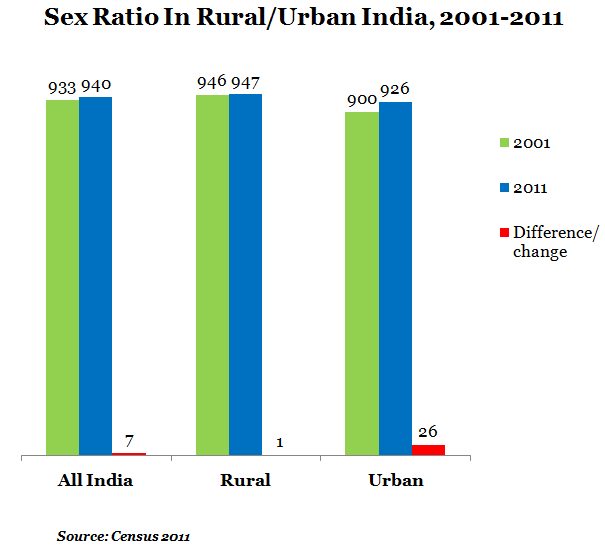 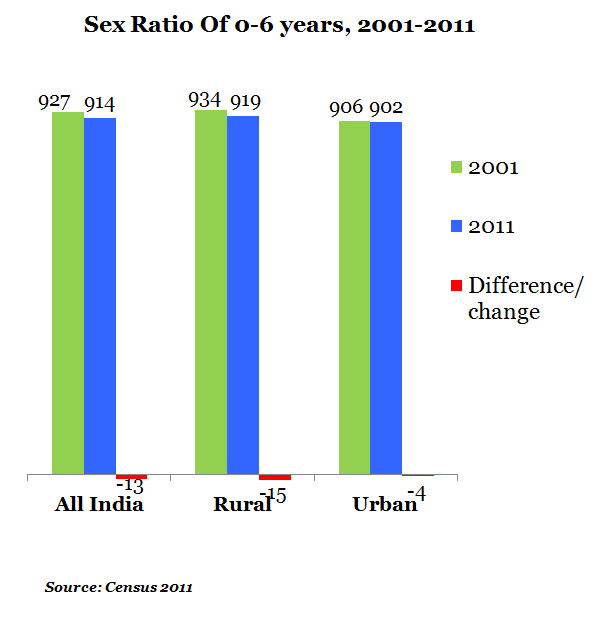 The sex ratio of children in 0-6 years shows that the rural areas have seen a greater fall from 934 to 919 - a drop of 15 points. This also goes to show the higher preference for male child rather than females…

Let us now look at literacy in rural areas. 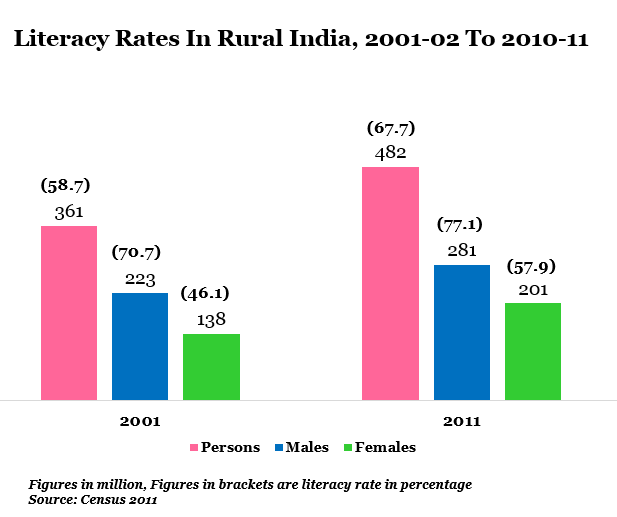 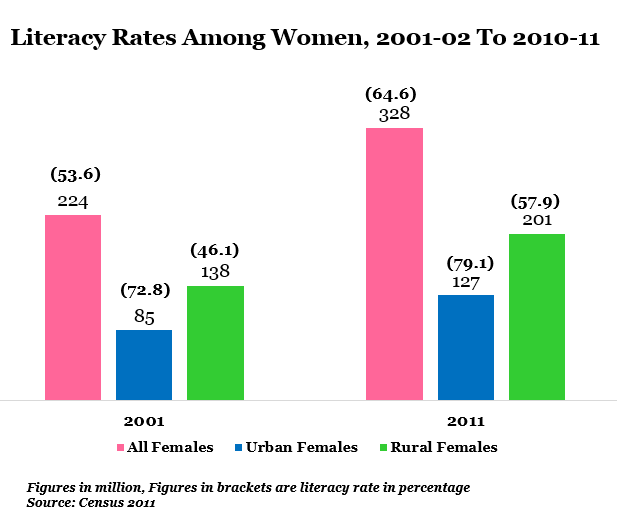 Where are more women participating in the workforce – rural or urban India? 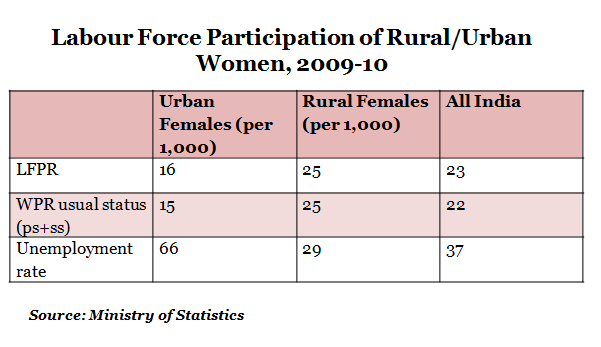 Labour force participation rate (LFPR), which is the ratio of labour force-to-population, is only 16 women (per 1000 females) in urban areas while it is 25 (per 1000 females) for rural females. The worker population ratio (WPR) again shows that rural females have a higher participation rate than their urban counterpart. And we can also see that unemployment is higher among urban females. One of the reasons highlighted for higher employment in rural areas is the employment generation programme (MGNREGA).

One of the ways in which the government has tried to ensure financial inclusion in rural areas is through self-help groups. The National Rural Livelihood Mission (NRLM) was launched to touch rural India and build livelihoods. The table below shows the growth of self-help groups in rural areas headed by women. 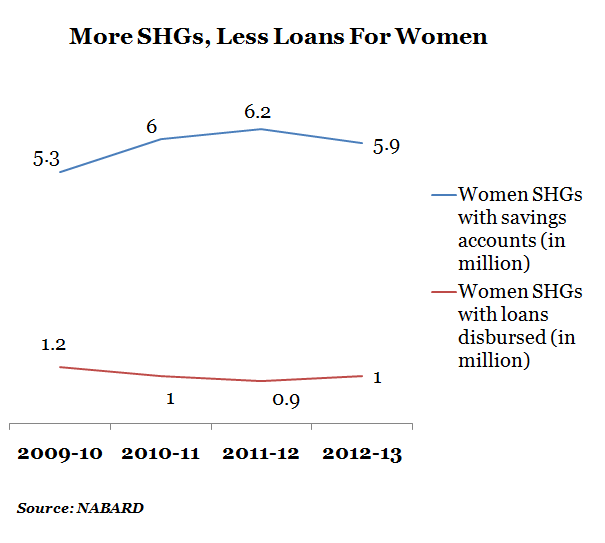 So, we can see that the number of self-help groups with saving accounts has increased from 5.3 million to 5.9 million from 2009 to 2013. According to a report by National Bank For Agriculture & Rural Development, the nearly 6 million SHGs reach 95 million people as on 31 March, 2013.

The highest point was reached in 2011-12 with 6.2 million SHGs, which then came down to 5.9 million in 2012-13. One of the reasons given for the decline is the new Reserve Bank of India guidelines on data cleansing wherein banks were asked to report only active accounts.

SHGs having savings account is only considered the first step to financial inclusion; the real indicator would be the loans disbursed to SHGs. If we look at the table, we can see that the number of SHGs receiving loans has come down from 1.2 million in 2009-10 to 1 million in 2012-13. The lowest point was seen in 2011-12 where the number of SHGs that availed loans came down to 0.9 million.

This tends to shows that commercial banks are cautious while lending to SHGs. The improvement in 2012-13 is attributed to the fact that banks have begun lending to SHGs with good credit history.

So, a rural woman in India faces battles that begin from her birth - with the declining child sex ratio - to accessing loans through SHGs. There are, however, a few good developments like increasing literacy rates and more and more women learning to read and write.

The employment numbers also show a higher participation rate for rural women. Whatever and whenever opportunities are provided to rural women, they seem to grab them; for example, the formation of SHGs under Swarnajayanti Grameen Swarozgar Yojana. So, what's wrong in being Dehati? Well, we are not sure. We will leave it to you to decide.