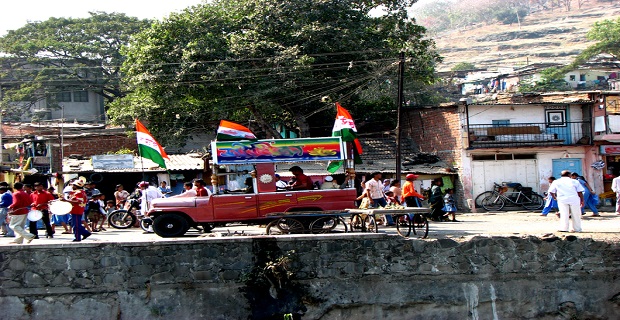 As India prepares for General Elections in 2014, the general expectation is that state assembly polls in 5 states by the end of 2013 will provide generous hints on how the political parties will perform in the national elections.

Not surprisingly, the campaigns specifically and generally are not merely focused on the current elections in the states but also have an evident eye on the coming national elections. BJP’s Delhi unit is also calling for a 'Dilli Badlo, Desh Badlo’ or words to that effect, meaning, change Delhi and change the country.

What does past data tell us about these expectations? The answer, at least going by some simple analysis, is there is a high correlation between regional incumbency and national victory. Of course, this is a statistical journey and not a political soothsayer's grand canvas. So with that in mind.

What’s at stake? There are two kinds of parties, national and regional. National parties in India control 376 of a total 545 seatsand 63% of the total vote share in the present Lok Sabha or lower house of Parliament. All the 5 states that go for elections – Madhya Pradesh, Rajasthan, Delhi, Chhattisgarh and Mizoram - are ruled by national parties.

Let us now look at the situation in each of the 5 states that go to the polls, which begins on November 11 and ends on December 4. 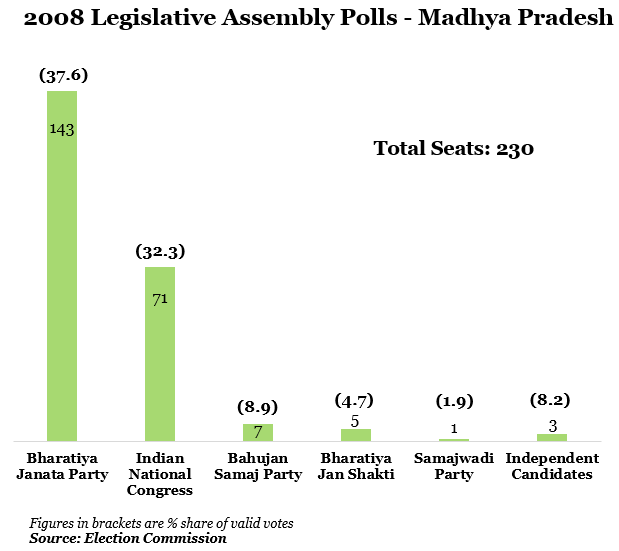 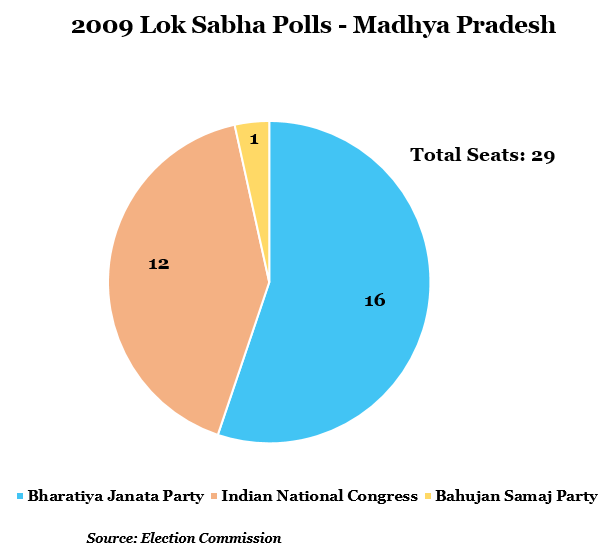 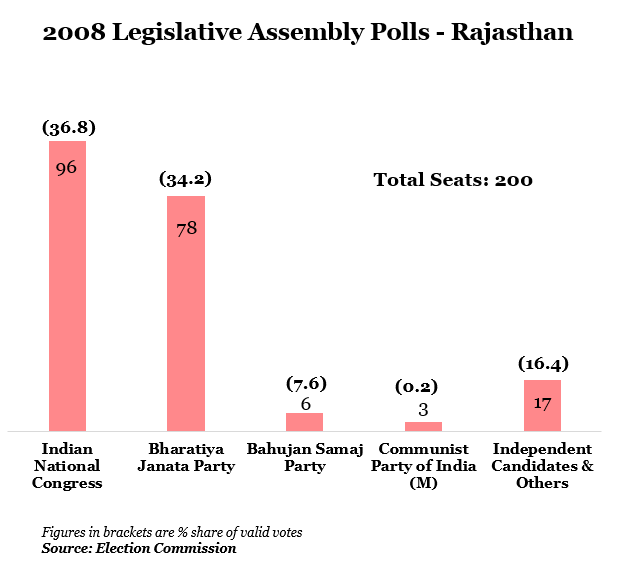 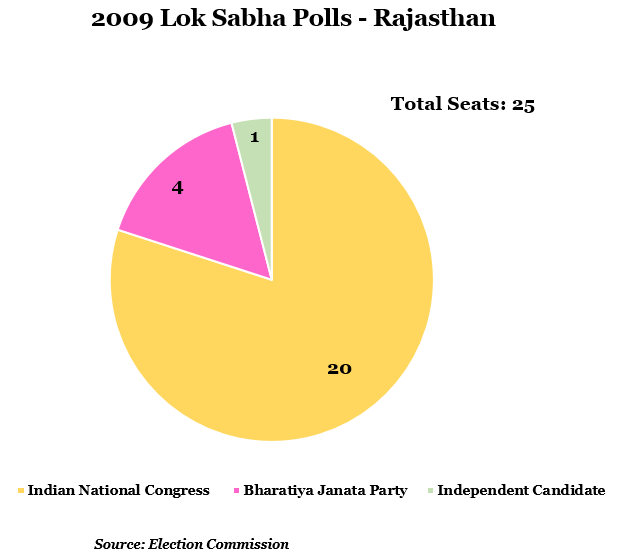 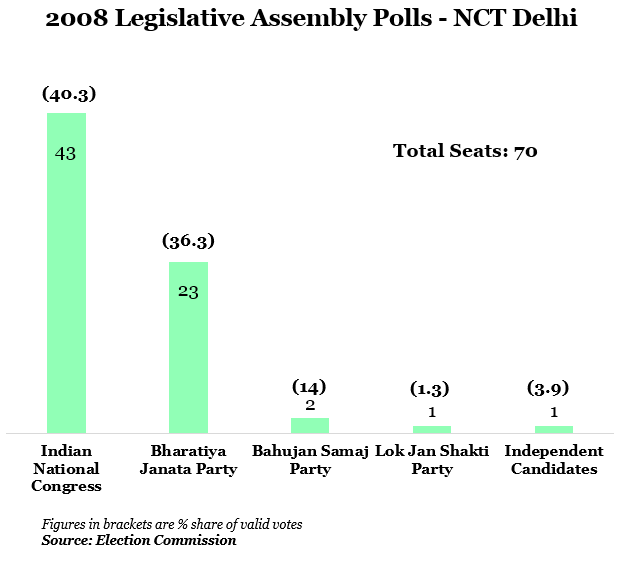 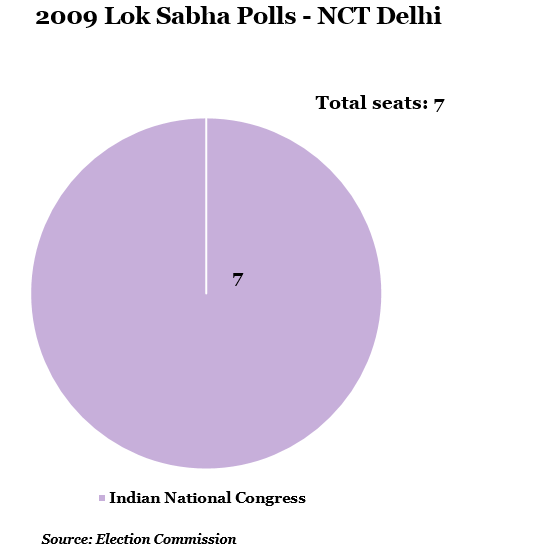 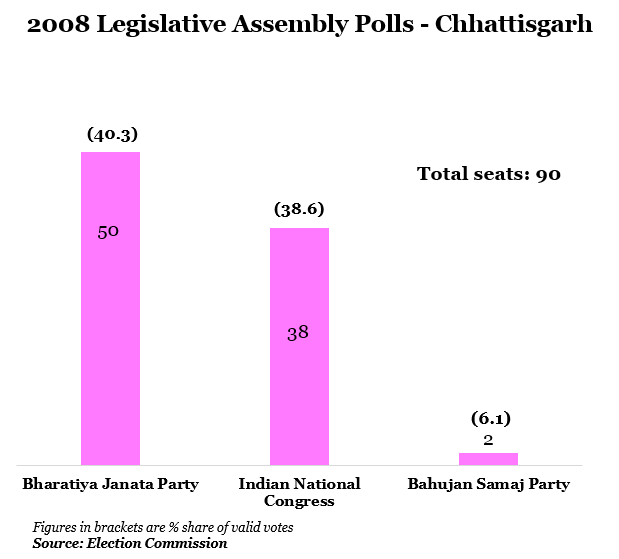 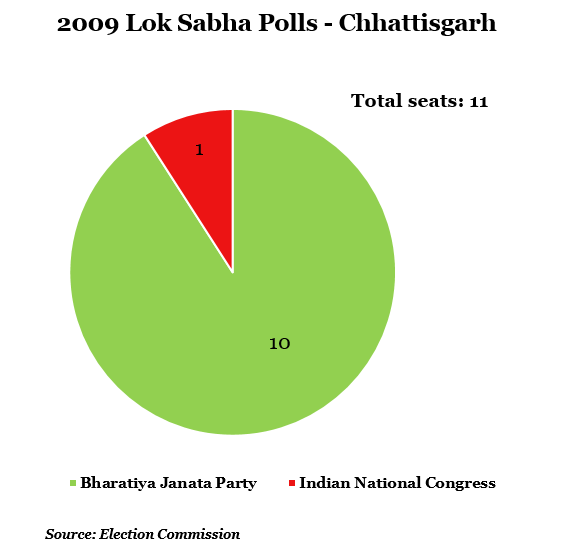 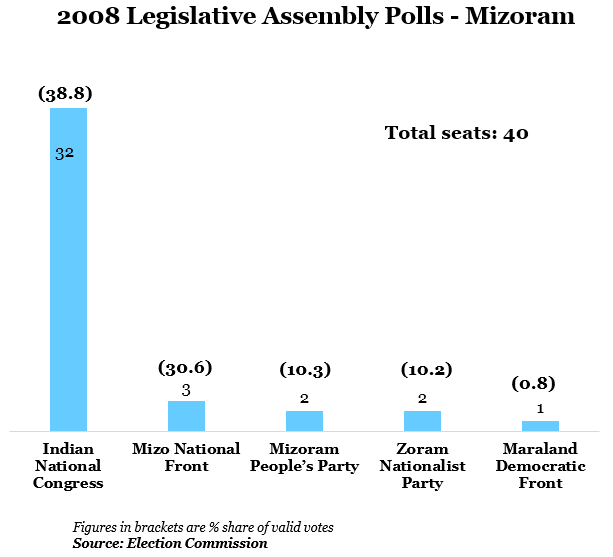 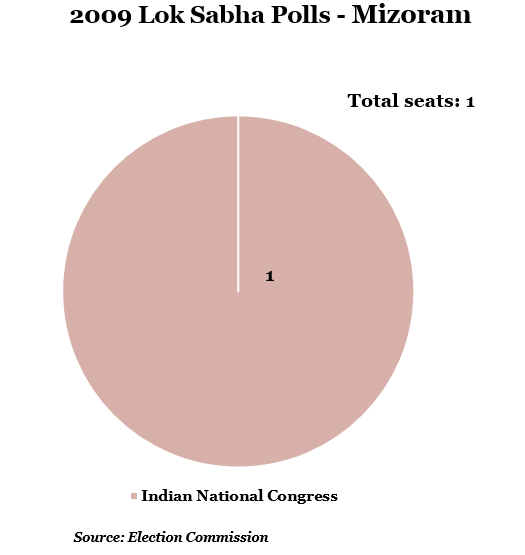 As is clear from the data, the highest number of MPs are from the ruling parties in the states. Now let us go back one election and look at the 2004 Lok Sabha polls, which also saw the same trends in these 5 states. The ruling party in the state won the maximum seats in the Lok Sabha. 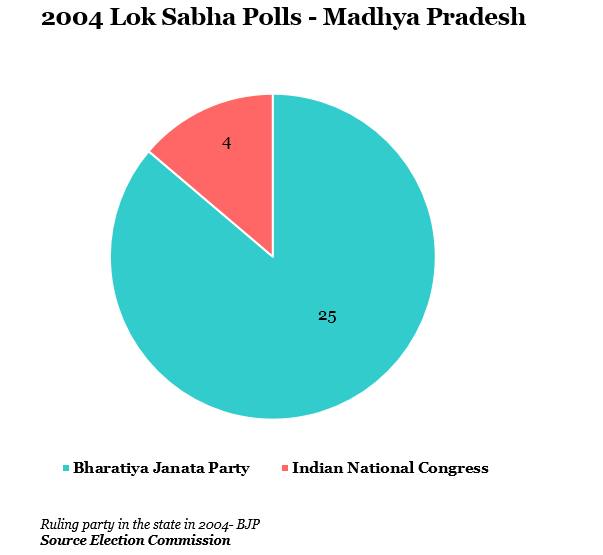 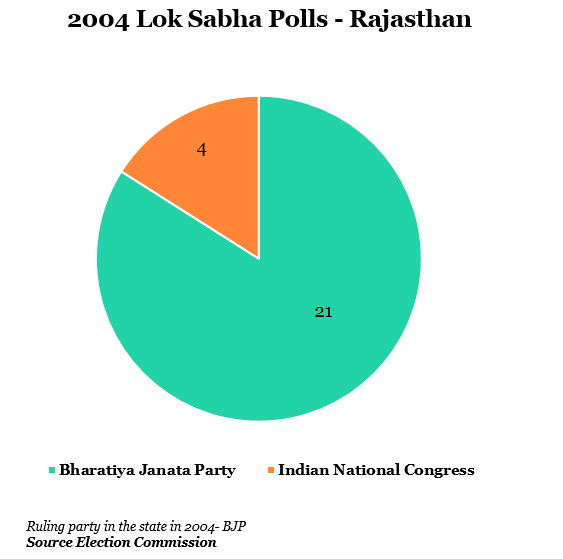 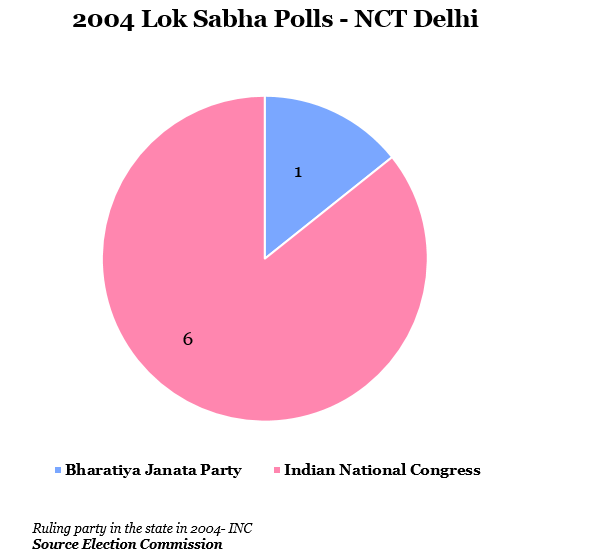 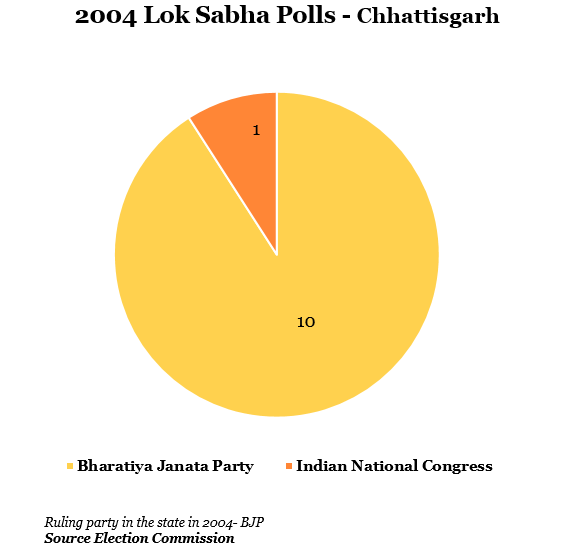 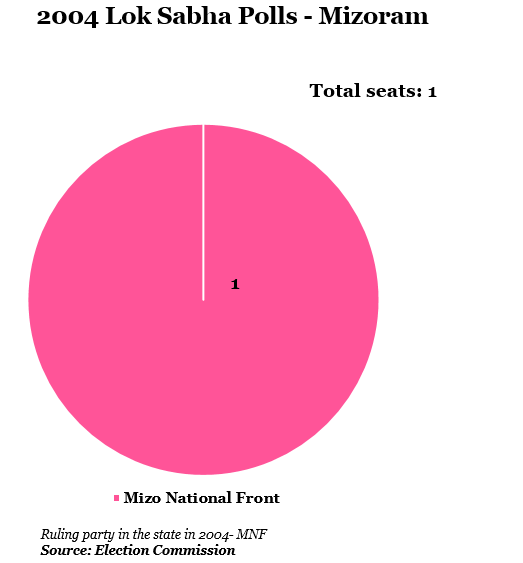 He believes that local issues dominate assembly polls, and it is also important to consider how rural and urban voters vote in the elections. We believe many others would concur with that view.

Lucknow-based senior journalist Sharat Pradhan says that in these 5 states, except Mizoram, the visibility of state parties in the assemblies is low. Hence, regional issues may not have much effect in the voting pattern.

“Since the contest is between national parties here, the policies of the central Government will have a role to play in the regional politics as well.” According to him, for instance, the recently launched National Food Security Act may not be implemented effectively in the states that have Governments from opposing parties. He also feels, thanks to media, voters are better educated and have become more demanding.

Let us now look at another angle: states that do not have Governments run by national parties. Ten Indian states at present have state party Governments. How have they performed in the national elections? 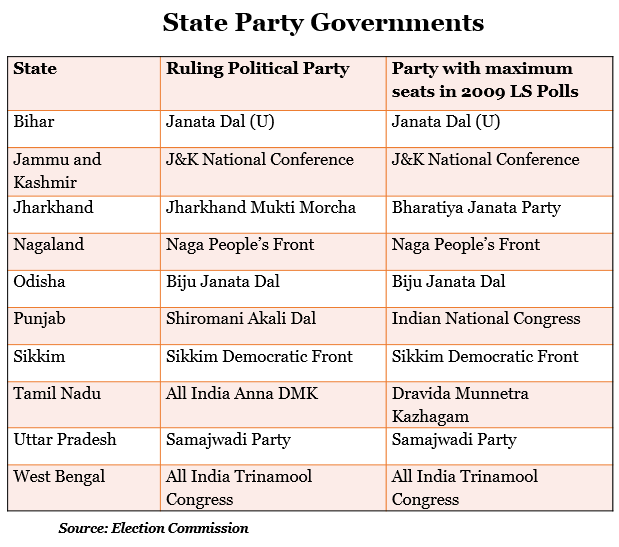 It is interesting to note here that except Tamil Nadu, Punjab and Jharkhand, all the states send the maximum number of MPs to the Lok Sabha from the respective ruling parties.

So, speaking from a data view, it could be argued that state politics do affect national politics. And the mood of the voters in a state does affect a party’s performance in the national elections.

A party is recognised as a national party in India when it has candidates contesting elections to the Lok Sabha from four or more states. The party must be a state party in four or more states as well. Also, it must have won at least 2% of the total seats in the last Lok Sabha.