A Government Programme For Safer Childbirth Is Working 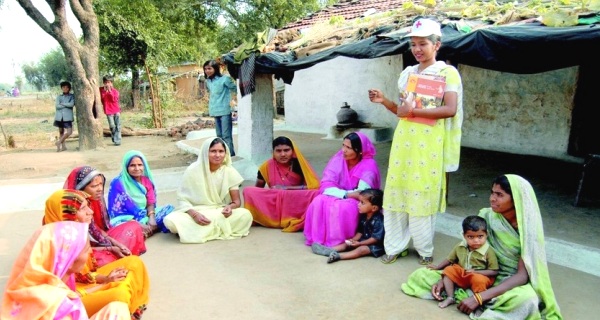 About 56,000 women die in India every year due to pregnancy-related complications, according to the Ministry of Health and Family Welfare, and the maternal mortality ratio (defined as the number of maternal deaths per 100,000 live births) is 212. Nearly half of these deaths occur due to sepsis and hemorrhage that are preventable through safe deliveries and adequate maternal care available in hospitals.

As part of its Aam Aadmi or 'common person’ agenda, the Government of India launched the Janani Suraksha Yojana (JSY) in 2005 under the National Rural Health Mission (NRHM) to ensure safe motherhood. JSY has so far reached 10 million pregnant women. IndiaSpend’s Prachi Salve takes a closer at the scheme and its progress so far.

The scheme hopes to reduce maternal and neo-natal mortality by encouraging institutional care of poor, pregnant women. JSY is fully sponsored by the Central Government and provides cash incentives including out-of-pocket expenditure incurred by pregnant women in the form of Rs.1,400 for rural women and Rs 1,000 for urban women .

There is also cash reimbursement for transport and incentives to Accredited Social Health Activists (ASHAs) to ensure that mothers opt for institutional delivery. Here’s the break-up of cash transfer for mothers and cash incentives for ASHAs. 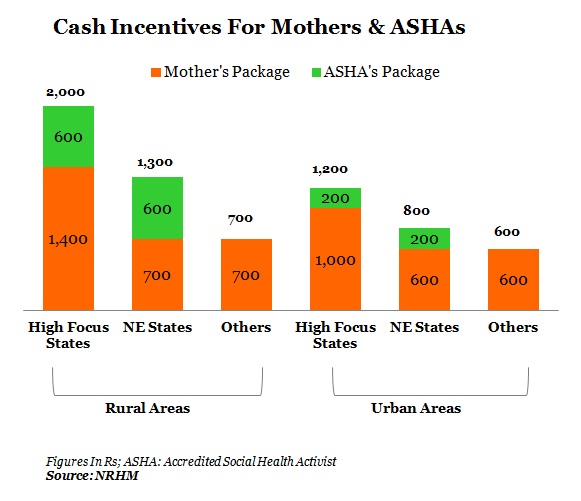 The Central Government has identified nine high focus states to be covered under the programme as they account for 48% of the country’s population, 62% of maternal deaths and 70% of infant deaths based on data from the Sample Registration System (SRS) health bulletin in 2007-09 and the Annual Health Survey (AHS) conducted in 2011. 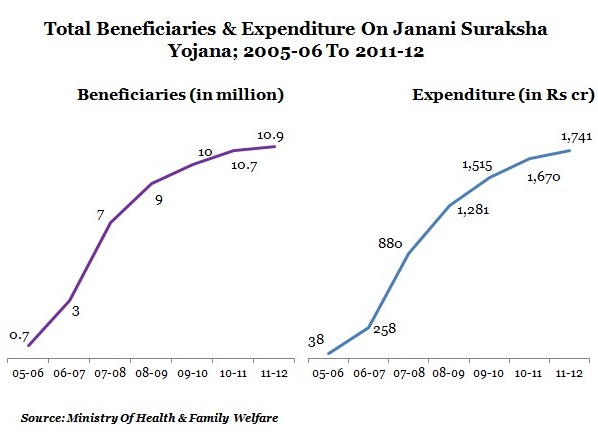 Among the high focus states, Chhattisgarh has the lowest (35%) number of women using institutional facilities while Madhya Pradesh has the highest rate (76%). 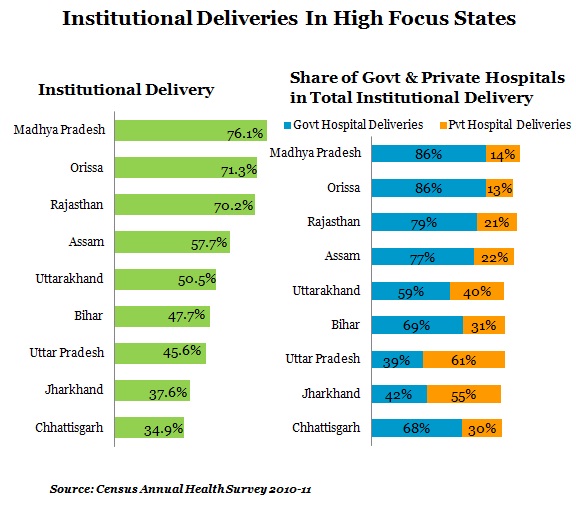 Further, Jharkhand has the lowest participation rate (15%) followed by Uttar Pradesh (16%) and Chhattisgarh (22%). 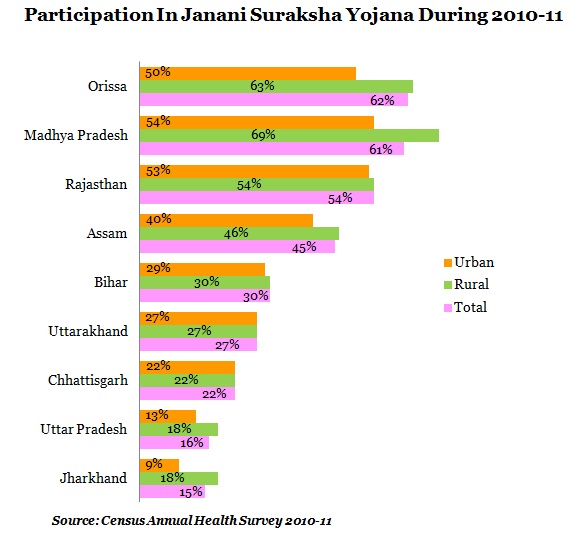 Is The Programme Working?

Despite the Central Government intervention, most states have seen an increase in maternal mortality ratio with the exception of Assam, Uttar Pradesh and Uttrakhand. Uttarakhand has almost halved its maternal mortality ratio followed by U.P (3.8%) and Assam (2.3%), which means fewer women are dying during pregnancy/child birth. (MMR is defined as the number of maternal deaths per 100,000 live births).

On the other hand, the highest growth has been in Madhya Pradesh with an increase of 18% followed by Bihar with an increase of 16%. This means that nearly 18% and 16% more women die during or after pregnancy in M.P and Bihar although the increase in the MMR rates cannot be explained with the data available now. (One needs to remember that the maternal mortality ratio and the maternal mortality rates for Chhattisgarh, Uttarakhand and Jharkhand are the same as the states of M.P, U.P and Bihar for the year 2007-09 as they were part of the larger states). 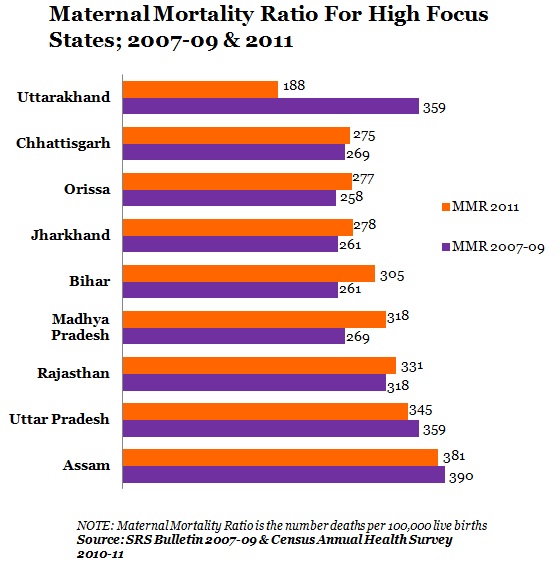 So, it seems that states with the highest maternal mortality ratio are also the ones receiving the maximum support from the government. Though the number of women covered under the programme has increased from 0.7 million to 10 million, the number of beneficiaries in high focus states (as a percentage of the whole) has declined even as the expenditure in these states has increased significantly. It means that the number of women availing the scheme has come down.