A Decade Gained & Lost: Why PM Singh’s Choices Are Limited 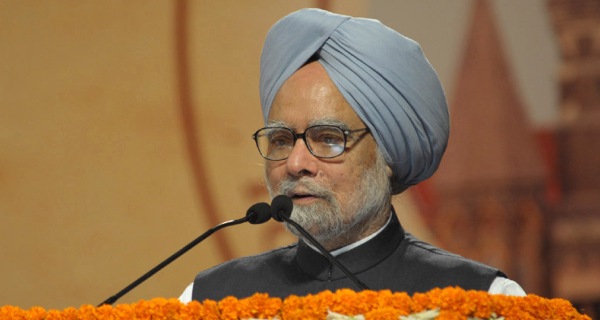 * Government in crisis situation and measures had to be taken to revive growth.

India was engulfed in a political storm in early September after the Government announced its intention to bring down subsidies by either restricting supply, as in the case of cooking gas cylinders (LPG) or increasing prices as in the case of diesel.

India’s growth numbers have slipped since the global slowdown triggered by the 2008 financial crisis. The United Progressive Alliance (UPA) Government led by Prime Minister Dr. Manmohan Singh has taken considerable flak for the deficits as well as inflationary trends.

IndiaSpend’s Dhritiman Gupta takes a look at 10-year economic data and wonders if the Government has a choice on slashing subsidies.

First, here’s a table that says why. 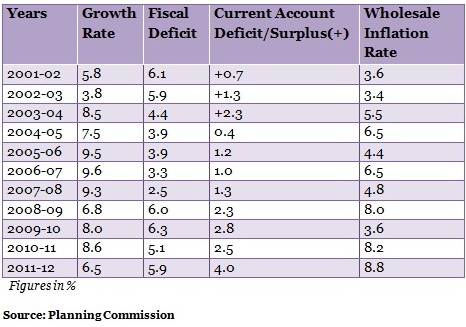 The current account deficit has worsened progressively over the years since 2004-05 and reached a low of 4% in 2011-12. This is largely on account of the increase in international oil prices.

Given higher international prices of oil, subsidies to keep domestic prices unchanged kept on rising. The fiscal deficit (which includes subsidies on petroleum products) has also moved in a similar direction, and reached a high of 6.3% in 2009-10. It has been reduced subsequently but remained at a high of 5.9% in 2011-12.

Clearly, the government was in a crisis situation and some measures had to be taken as growth could not be revived without controlling the deficits. And since the government has larger control over the fiscal deficit, removing or reducing subsidies on petroleum products was one way to control it.

The graph below shows the total subsidies across the sectors: 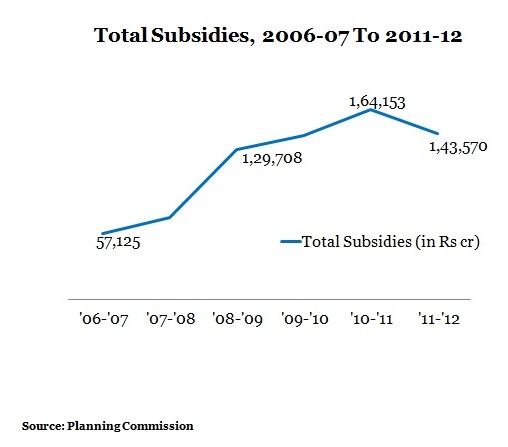 Table 2 below shows the various subsidies over the different sectors

Thus, it seems that the government was left with no choice but to reduce petroleum subsidies by hiking diesel prices and limiting supply of subsidised cooking gas cylinders.

Allowing foreign direct investment (FDI) in retail is expected to give foreign investors more confidence on investing in the Indian economy. FDI can arguably ease the balance of payment (BOP) situation, which is suffering due to the adverse current account deficit. 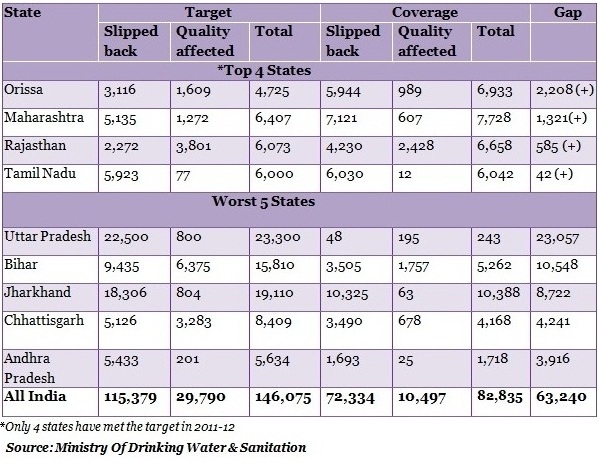 FDI is a form of investment made by foreign companies in business ventures in India. It is important for India for two reasons. First, it helps economic activities to pick up in sectors where no domestic investment is forthcoming and foreign companies are better equipped and more efficient.

And as can be seen from (Table 3), FDI inflows have slowed down since 2008-09 mainly on account of the global recession. This has adversely affected the capital account.

Thus even though diesel price deregulation is something the government could not have avoided from the view point of financial sustainability, the introduction of FDI in multi-brand retail could have been kept out of the reforms package... but only at the cost of poor balance of payment situation.

So, while the measures announced by Dr. Singh were necessary to ease the current economic situation, the impact - good or bad - is a question for the future.