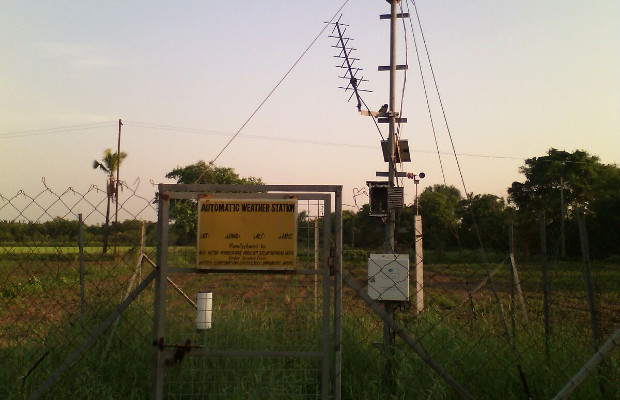 A 54-mm disagreement in rainfall data could delay insurance payouts to farmers and future agricultural investments in rainfall-short Maharashtra.

With the monsoons officially ended, the Maharashtra government, on September 30, 2015, said the state received 678.5 mm of rain, instead of the annual average of 1,131 mm—or 60% of normal.

A cabinet note, quoted in a DNA story, said there is no explanation for such widely different figures. 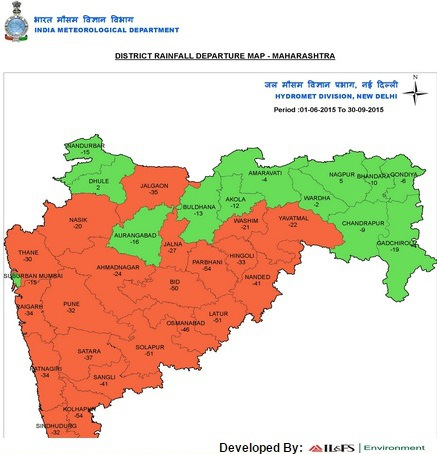 So, who is right: the central government's met department or Maharashtra’s state agriculture department?

“As far as credibility of rainfall data is concerned, IMD is number one,” said to Prof. M. C. Varshneya, an agriculture meteorologist and Vice Chancellor of Kamdhenu University, Gujarat. “For scientific and compensation purposes, IMD's rainfall data are the best.”

How insurance payouts depend on rainfall data

Aher paid Rs 19,000 premium for crop insurance from Dena Bank, but that did not cover deficit rain and bacterial blight, only hailstorms and unseasonal rains--as measured by agricultural department data.

Sachin Rede, agriculture officer at Dena Bank's Deola branch, said they provided data and information about pomegranate growers to the insurance company, which calculates insurance payments on rainfall data from the agricultural department.

This year, 140 pomegranate farmers in Deola taluka, Nashik district, received Rs 42 lakh as insurance payments, from Rs 15,000 per hectare to Rs 40,000 per hectare--depending on location--for unseasonal rains in January and February. The compensation was calculated on the basis of rainfall in each location, as measured by the agriculture department.

In the south-eastern district of Solapur, famer Rajendra Mahadeo Ghode, who owns two hectares of grape vineyard, received Rs 50,000 as compensation for grapes and raisins damaged by hailstorms in February and March. The compensation was based on agriculture department data and a visual "loss-assessment survey" by the insurance company. The taluka agriculture officer certified the hailstorm.

Without rain data, insurance and compensation is difficult.

Indian agriculture is overwhelmingly dependent on rainfall--as much as 60% of its sown area. Rainfall-related events accounted for 90% of crop-insurance claims, according to Agricultural Insurance Company of India (AIC)

Crop-specific insurance policies for winter and monsoon crops and fruits are developed by the government based on various factors, such as temperature, humidity, and rainfall. If temperatures rise by 2 degree celsius with an 8% increase in precipitation, agricultural net revenue may fall 12% in India, this London School of Economics study estimated.

There have been cases where farmers have suffered crop losses but not received insurance because rainfall data were not available.

Rainfall measurement depends on the location of the weather station or rain gauge, said Varshneya. Rainfall data come from the IMD, revenue, agriculture and irrigation departments.

The official period for the southwest monsoon season in India is between 1 June and 30 September.

India’s rainfall was 14% lower than normal during 1 June to 30 September, 2015 monsoon season, according to the IMD, which had forecast a 12% rain deficit, with a likely change of ± 4%. 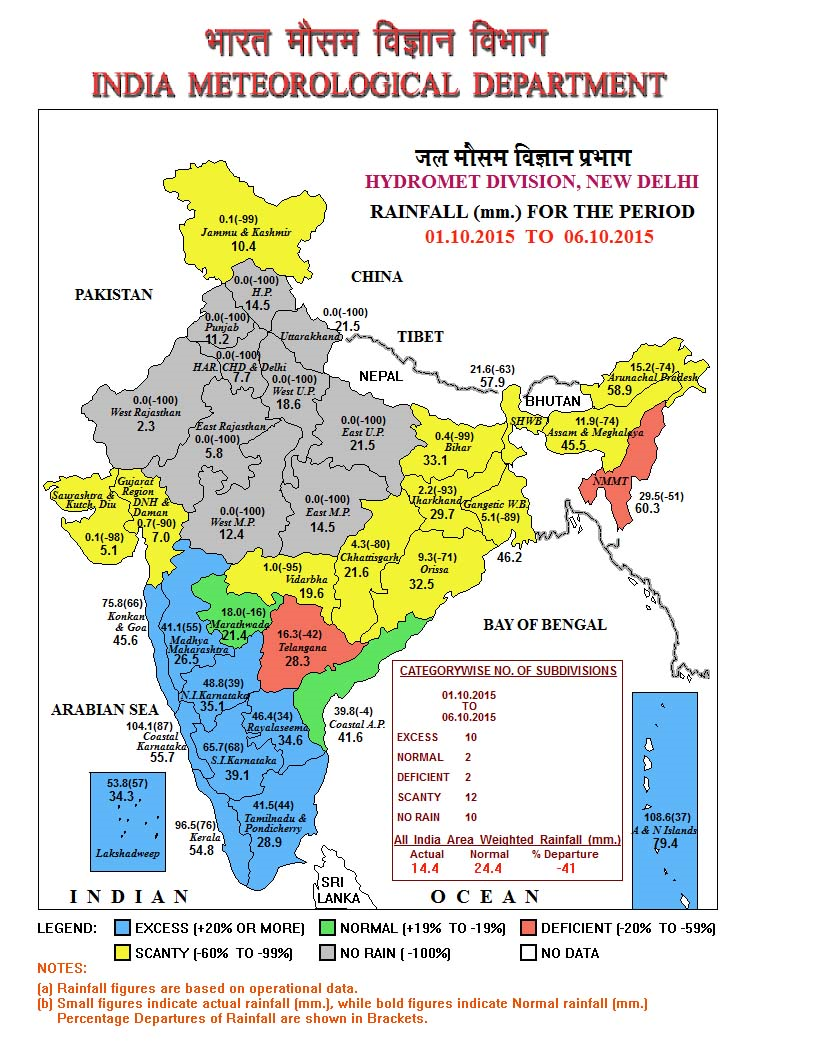 Indiaspend had reported earlier how a 52% rainfall deficit has deepened Maharashtra’s record drought. 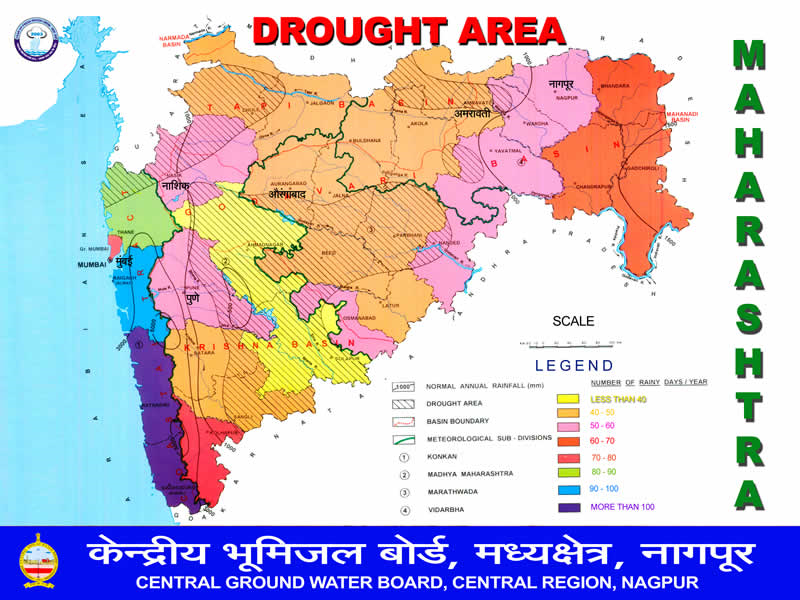 As on 23 September 2015, the monsoon ended with 91 major water reservoirs filled to 62% of capacity. 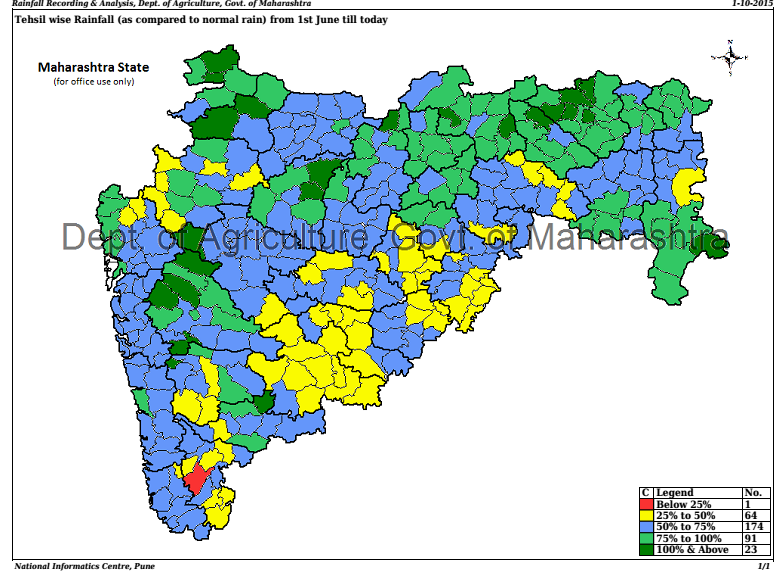 “Rainfall patterns are changing day-by-day, and it is becoming very challenging to predict rainfall,” said Dr D L Dhane, a retired scientist from Bhabha Atomic Research Centre, who is now a farmer in Gadegaon village in Solapur district.

The south-west monsoon has already withdrawn, but rains are forecast in Maharashtra over the coming days, said Dhane, pointing to the increasingly uncertain patterns of rainfall.

So, the agriculture department of the state government wants to record localised weather data to help farmers in a time of increasingly erratic weather.

Skymet Weather Services, a private meteorological agency, recently joined hands with the state government to install 2,065 unmanned weather stations across Maharashtra, each serving between 20 and 30 villages.

Most information will be available within 10 minutes of recording.