97% of Indians Migrating For Marriage Are Female 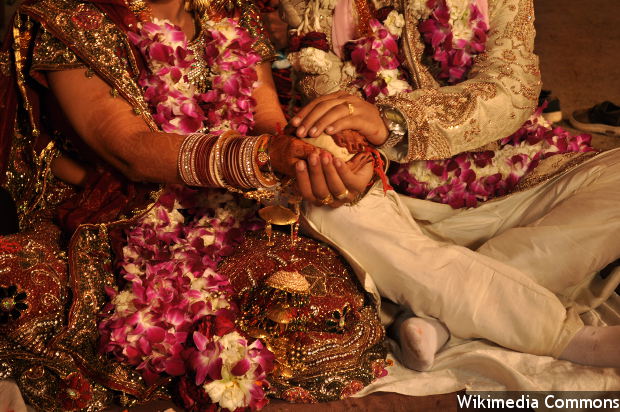 “It is not a common practice or desirable culture for a Hindu son in India to get separated from his parents on getting married at the instance of the wife, especially when the son is the only earning member in the family,” the Supreme Court (SC) noted in a October 2016 judgement, while granting a divorce to a couple from Karnataka. “In India, generally people do not subscribe to the western thought, where, upon getting married or attaining majority, the son gets separated from the family. In normal circumstances, a wife is expected to be with the family after the marriage. Normally, without any justifiable strong reason, she would never insist that her husband should get separated from the family and live only with her.”

That observation is echoed in new Census data, which reveal that 97% of 224 million Indians who migrated after marriage are women.

Four of every 10 Indians (453 million) are migrants, according to the Census data. That is more than the combined population of the US, Germany and Canada.

Marriage is the most common purpose of migration with 49% of them (224 million) migrating for marriage, followed by moving with households (15%) and work/employment (10%).

Women migrate more for education but less for employment

Of 46.4 million Indians who migrated for work/employment, 7.4 million (16%) were female. No more than 27% of Indian women are in the labour force, the second-lowest rate of female labour-force participation in South Asia after Pakistan, IndiaSpend reported in April 2016.

The labour force, however, doesn’t include women who do "unpaid care work", which refers to all unpaid services within a household, including care of people, housework and voluntary community work.

It appears that more females migrate for business than for employment. Of 4.3 million Indians migrating for business, 1.1 million (26%) were female; 14% of business establishments in India are run by female entrepreneurs, IndiaSpend reported in May 2016.

Females account for 40% of Indians who migrate for education, reflecting a nationwide male dominance: As many as 1,403 females have never attended any educational institution for every 1,000 males who have not, IndiaSpend reported in November 2015.

As many as 228 million females from rural areas are migrants, of which 179 million (78%) migrated for marriage; the figure was 46% for females from urban areas.

Women from urban areas, on average, marry more than two years later than their rural counterparts, IndiaSpend reported in May 2015.

The median age at marriage among urban women was 18.8 years, according to the National Family Health Survey 2005-06, compared with 16.4 years among rural women. A quarter of all women aged 15 to 49 in urban areas have never been married, compared with 17% of rural women.