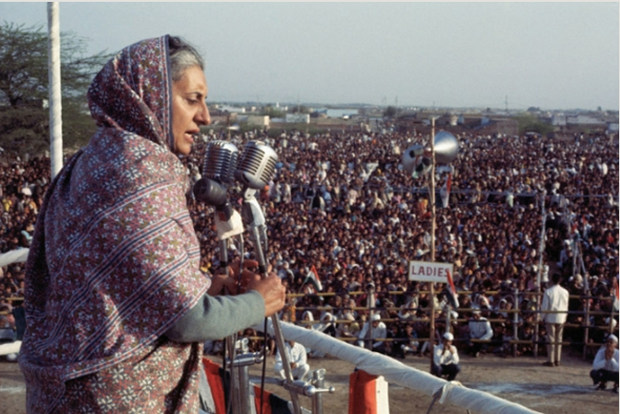 “If the majority rule were to apply, the crow should be our national bird, not the peacock”. A quote attributed to the Tamil leader CN Annadurai during a protest speech in 1962 against the imposition of Hindi as a national language, thirteen years before the imposition of Emergency by Indira Gandhi. Annadurai went on to become the Chief Minister of Madras State in 1967 galvanising support through the anti-Hindi movement, defeating the Congress party in Tamil Nadu for the first time and forever.

The Congress party has never won in Tamil Nadu since. Ironically, a decade later, it was this “Hindi voter” that dealt the Congress party its first national defeat in Parliament elections in 1977, after the Emergency.

The dramatic developments of the imposition of Emergency in 1975 by then Prime Minister Indira Gandhi have been meticulously chronicled over the past few weeks. Much to everyone’s astonishment, Indira Gandhi called off the Emergency abruptly in 1977 and announced national elections.

120 million voters in these twelve states had a direct choice to express their anger against the Emergency by voting against the Congress candidate on their ballot. 74 million (63%) did. But 90% of all these angry voters were confined to the six “Hindi” states. Further, there were 376 constituencies in which there was a Congress candidate under Indira Gandhi’s leadership in both the 1971 and 1977 elections.

Overall, in the “non-Hindi” states, roughly the same percentage of voters that voted for the Congress in 1971 did so in 1977. One state of Uttar Pradesh accounted for 73% of all angry voters that treated the Congress with contempt while ironically, the voter in Tamil Nadu seemed nonchalant and even marginally happier with the Congress in 1977 vis-a-vis 1971. 90% of all anger (vote share swing vis-a-vis 1971) was concentrated in three “Hindi” states of Uttar Pradesh, Bihar and Rajasthan. 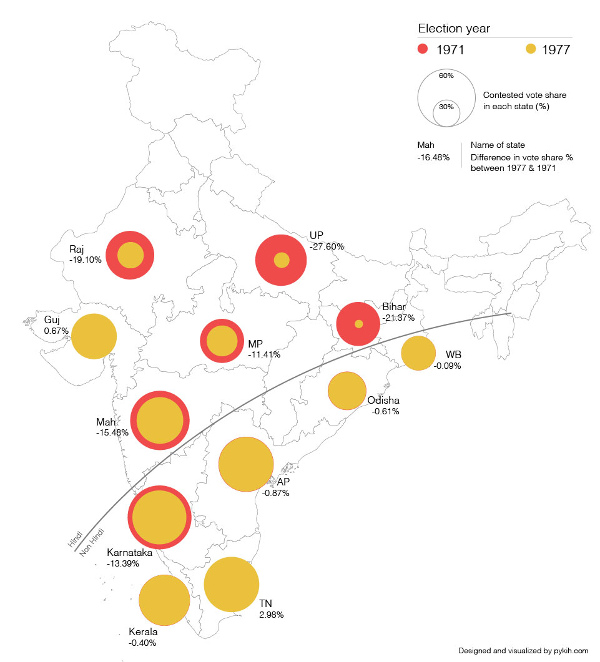 While one can nitpick over whether Maharashtra and Gujarat can truly be defined as “Hindi”, the larger point of this analysis is the massive diversion in reaction to what is generally considered a terrible action by any standards. To the ardent observer of Indian society and its history, this is rightly no big revelation or surprise. However, we still miss a scholarly narrative about why the “non-Hindi” citizen was not alarmed by the Emergency vis-a-vis her fellow “Hindi” citizen.

Was it the perceived positive impact of the “twenty point” programme? Was it the absence of a strong opposition in these “non-Hindi” states to galvanise support against the Emergency? Was it the lack of a credible alternative for people to vent their anger with? Was it the notion that local governance mattered much more than any suspension of civil liberties?

While Annadurai got his wish granted of Hindi not being imposed, has that inadvertently exacerbated and prolonged this chasm in voting behaviour between the “Hindi” states and “non Hindi” states, as was evident even in the 2014 Lok Sabha elections recently?¦