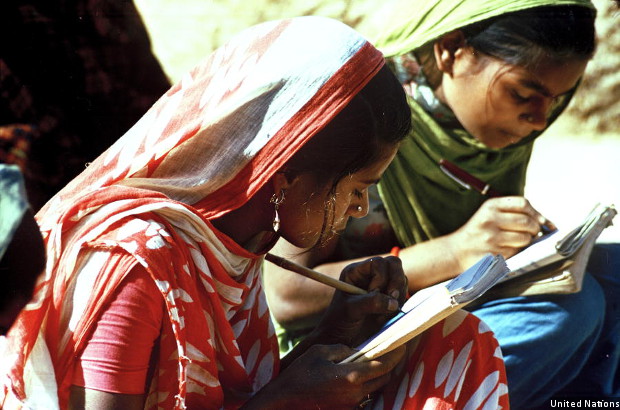 About 90% of Indians between 15 and 24 years of age are literate, meaning they can "both read and write with understanding a short simple statement about their everyday life", according to United Nations Educational, Scientific and Cultural Organization (UNESCO) data.

Literacy has seen a steady increase since 2000, especially among youth (15-24 years old), due to mandatory education and better access to schooling, increasing up to 91% worldwide, as the world celebrates the 50th International Literacy Day as established by UNESCO in 1966.

As many as 758 million people over 15 years are still illiterate worldwide, two-thirds women, according to the UNESCO Institute for Statistics (UIS) data.