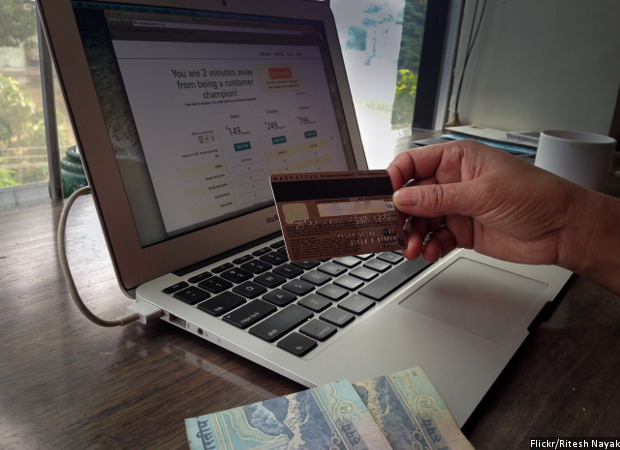 The rise in credit card outstandings in itself is not so much of a worry as much as two accompanying factors.

Ghosh said they studied the relation between credit allocated to industry and personal loans over the last 10 years. “This clearly showed that industry credit growth leads to personal credit growth and not the other way round,” he said.

As of March, each yearSource: Ecowrap, State Bank of India

Here are nine reasons why this trend might be of concern, according to Ghosh and his team of economists.

Now, let's look at the flip side:

What is the way out?

Depends on where you sit. Mitra felt the market for consumer credit is still very large and unexplored, particularly in a country where consumer credit in its current form is only 20 years old.

The immediate problem for the larger banking system is obviously non performing assets and lack of industrial credit pick up. That has to be and is being addressed inasmuch as it can be.

Bank boards have to be cognisant of rising credit card outstandings and take some prudential steps in addition to what they are already taking. Possibly, some re-visiting of consumer repayment capability is called for and tighter limits than what exist today.

Finally, watch your step. Next time you swipe, ask yourself, do you really need it or do you just want it? And finally, can you clear your credit card bills in toto when they land in the mailbox at the end of the month?

(Ethiraj is founder, IndiaSpend.org. This story first appeared on boomlive.in)