83% Of Puducherry MLAs Are Crorepatis 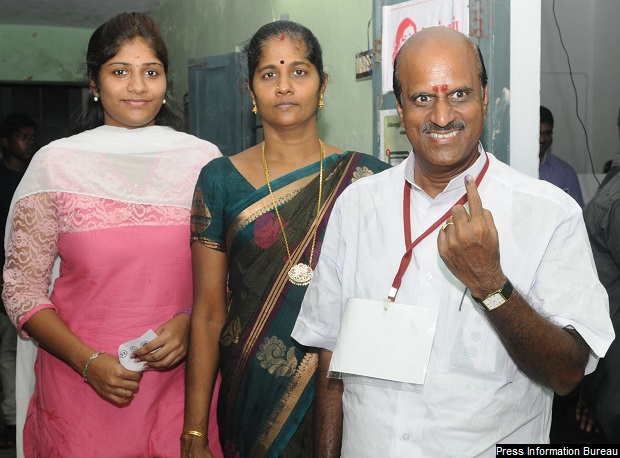 A voter after casting his vote at a polling booth during the Puducherry assembly elections on May 16, 2016.

As many as 428 (53%) newly elected legislators in five states (Assam, Kerala, Puducherry, Tamil Nadu and West Bengal) are crorepatis, according to data analysed by Association for Democratic Reforms (ADR), a New Delhi-based think tank, which analysed the affidavits of 812 legislators.

Mamata Banerjee who will be sworn-in as West Bengal Chief Minister for the second term on May 27, has assets valued at Rs 30 lakh, the lowest among new CMs.

Congress MLA Vasanthakumar H from Nanguneri constituency in Tamil Nadu is the richest MLA across the five states with assets valued at more than Rs 337 crore.

Of 812 MLAs whose affidavits were analysed across these five states, 186 MLAs (23%) have never filed income-tax returns.