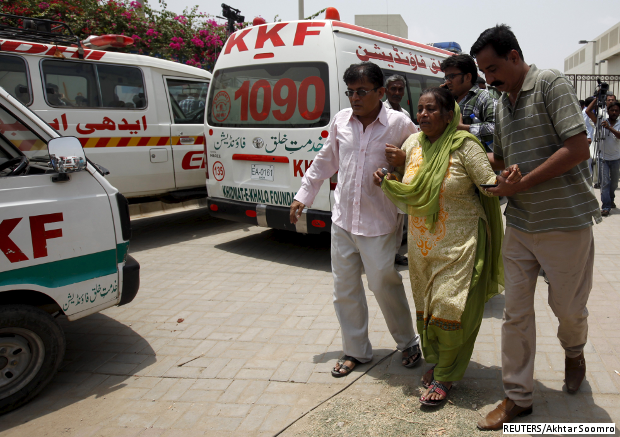 The family of a victim outside a hospital in Karachi, Pakistan, after terrorists attacked a bus and killed 43 Shias on May 13, 2015.

Pakistan's rising graph of terrorism-related deaths shows no sign of slowing, with 43 people dead and 20 injured when six motorcycle-borne terrorists raked a bus with automatic gunfire in the Pakistani port city of Karachi on Wednesday.

The bus attacked in Karachi was reported to be carrying around 60 Ismaili Shia Muslims. No group has so far claimed responsibility for the attack. Pakistan’s Shia Muslims have been frequently targeted by the Pakistani Taliban and other Sunni Muslim extremists.

Prior to the bus attack, as many as 1,520 people have been killed in Pakistan in 2015 alone from terrorism-related violence, according to the latest data released by the South Asian Terrorism Portal.

Like Pakistan, neighbouring India too has suffered the effects of terrorism, although at a lesser level.

In India, 251 people have died so far in 2015 from terrorism-related events.