7 am: Peak Pollution Levels In 4 Cities 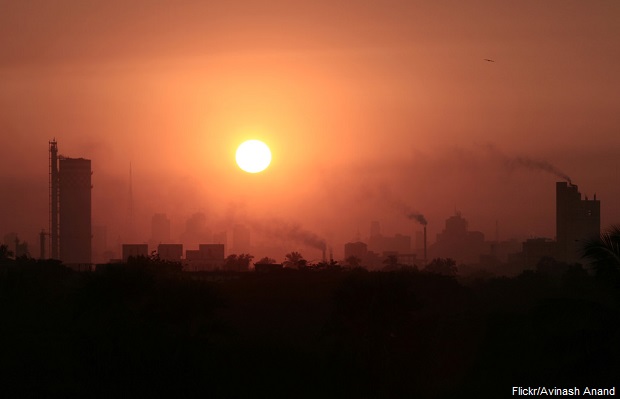 If you think mornings are the best time for outdoor exercise, you're wrong.

Mornings experience the worst air pollution in four Indian cities, according to an analysis of particulate matter (PM) 2.5 data from IndiaSpend’s #Breathe air-quality sensors, analysed from Bengaluru, Chennai, Delhi and Mumbai between March 15 to April 15 2016.

Note: Figures in micrograms per cubic metre of air (µg/m3)

Mornings were the worst time, with PM 2.5 levels reaching as high as 108.16 µg/m3 at 7 am. Air quality gradually improved as the day wore on, registering the cleanest air at 4 pm. (22.84 µg/m3). Pollution levels then picked up through the night.

Delhi topped the list of the world's most-polluted cities, according to the World Health Organisation (WHO).

Air pollution has become a global concern with rising air pollution levels, as outdoor air pollution in cities and rural areas across the world estimated to cause 3.7 million premature deaths in 2012, according to the WHO.

There is good evidence of the effects of short-term exposure to PM 10 on respiratory health, but for mortality, and especially as a consequence of long-term exposure, PM 2.5 is a stronger risk factor than the coarse part of PM 10.

There is a close relationship between exposure to high concentrations of small particulates (PM 10 and PM 2.5) and increased mortality and morbidity from cardiovascular/respiratory diseases and cancer, both daily and over time, according to the WHO.