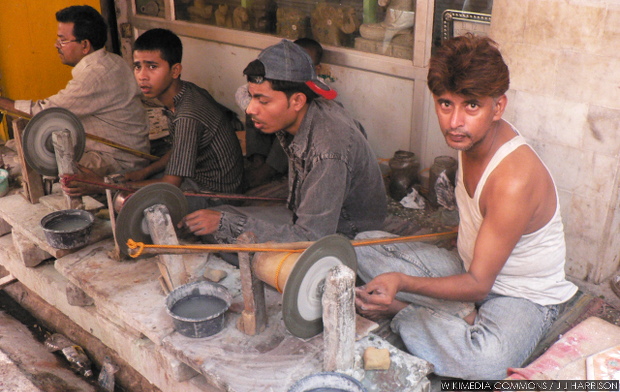 India will need to generate 280 million jobs between now and 2050, the year when the working-age population (15 to 64) will peak, according to a new report, amid indicators that the country's demographic dividend could be at the cusp of disaster.

Over 22 years of unprecedented economic growth (1991 to 2013), less than half the Indians who sought jobs got them, 140 million of 300 million, according to a new United Nations Development Programme (UNDP) report.

“In China, the number of jobs grew from 628 million to 772 million between 1991 and 2013, an increase of 144 million, but the working-age population increased by 241 million," the report said. "A wider gap in India than China suggests a more limited capacity to generate employment—a serious challenge given the continued expansion of the workforce in India over the next 35 years.”

With fears that India is experiencing jobless growth and skepticism abounding that the country's ability to cash in on its "demographic bonus", the world's largest working-age population—1033 million by 2030—because of limited progress on health, education and job skills, we identified six warning signs:

The erosion of jobs is like climate change. It happens slowly & so makes no news but its impact can be devastating. https://t.co/6w7ssfoTdB

With a million jobs required every month—the UNDP report says eight million are required every year until 2050—dominant castes across various regions are reacting violently to unfulfilled aspirations, as IndiaSpend reported in February 2016.

Employment shrank over two quarters of four in 2015, the first time since the 2008 global financial crisis, according to the latest data from the Labour Bureau's Quarterly Employment Survey.

Source: Quarterly Report on Changes in Employment in Selected Sectors, Labour Bureau, Ministry of Labour and Employment.Note: 2008 data only for October to December

However, in the second quarter, April to June, 2015, 43,000 jobs were lost, and in the last quarter of the year, October to December, 20,000 jobs were lost. These jobs were to be in industries that comprise Prime Minister Narendra Modi's Make in India programme, a manufacturing expansion meant to offer jobs to the millions moving out of agriculture.

The employment generated per quarter slowed since after the relatively short-lived 2008 financial crisis, indicating that the current global slowdown is steadier, as IndiaSpend reported earlier.

The accelerated growth of the Indian economy over the past two decades is accompanied by increasing informalisation, notes the Report of the Committee on Unorganised Sector Statistics by the National Statistical Commission.

The proportion of ‘own account establishments’, such as carpenters and street-kiosk owners, has jumped from 64% of all establishments in 2005 to 72% in 2013, according to the Sixth Economic Census.

The proportion of larger companies—which range from accountancy firms, IT services companies to a Tata Motors—reduced from 35.6% in 2005 to 28.3% in 2013.

In China and Southeast Asia—regions of high literacy—farmers moving off the land found factory jobs. With illiteracy widespread in India, farm labour appears to be the main option. Those who get a better education and move to cities find that construction labour, maids and security guards are most in demand, as IndiaSpend had reported in 2014.

Agricultural growth nosedived over the last two years, with three, and possibly four (the data for January to March 2016 are not yet out), quarters registering a contraction.

Rural wages are growing at a much slower pace compared to the initial years of India's rural jobs programme, the Mahatma Gandhi National Rural Employment Guarantee Scheme (MGNREGA), the wages of which were down at 2005 levels in 2015, as IndiaSpend reported.

“In 2009-10, the previous (nationwide) drought year, MGNREGA was able to increase rural wages," former chief statistician of India Pronab Sen was quoted in Business Standard. "We are not seeing that trend now.”

The construction sector—building roads, bridges and ports—is rapidly becoming India's fastest-growing employment destination. More specialised sectors of the economy cannot absorb those leaving farms because they do not possess the skills needed. Modi's Skill India initiative aims to train 400 million Indians over the next six years—that's a million every week. In 2014, as we reported, no more than seven million were trained; fewer than 5% of Indians have ever received formal skills training.

Many Indians who report themselves as ‘employed’ do not get year-round work, or may have jobs lagging their abilities and expectations, said the Fourth Annual Report on Employment and Unemployment 2014.

Only 60.5% of the working population (above 15 years) was able to find work through the year.

Source: Volume I, Employment and Unemployment Survey 2013-14, Ministry of Labour and Employment

Underemployment affects youth the most. Of 100 persons aged above 30, only two persons report being fully unemployed, while in the 18-29 age group, 13 in 100 are unemployed, noted the survey.

Education only appears to increase the prospect of unemployment.

This could be because educated young people prefer to remain unemployed than work in jobs they consider below their qualifications or dignity. Job options in the sectors they desire are receding.

The growth of eight core industries—coal, oil, oil products, gas, electricity, fertiliser, steel and cement—is now the lowest it has been over the last ten years.

Industrial growth of the last decade (represented here by the year-on-year growth in the Index of Industrial Production) shows a slump during the 2008 crisis; it recovers and again goes south till 2015-16.

Source: Office of the Economic Advisor, Department of Industry

The number of companies registered every year is—after a peak in 2012—down to 2008 levels, an indication of business uncertainty.

Indian companies are also hiring fewer employees: The average number of employees employed in an establishment reduced from 2.41 to 2.24, according to the Sixth Economic Census.

“It’s well known that the small size of Indian firms is a major reason for their abysmal levels of productivity," columnist Manas Chakravarty wrote in Mint earlier this month. Employment in companies employing more than 10 workers declined from 37.1% in 1990 to 21.15% in 2013.

So, a paradox unfolds, with many young Indians, many with substandard education, unable to find jobs commensurate with their education, while industry endures a shortage of skilled labour.