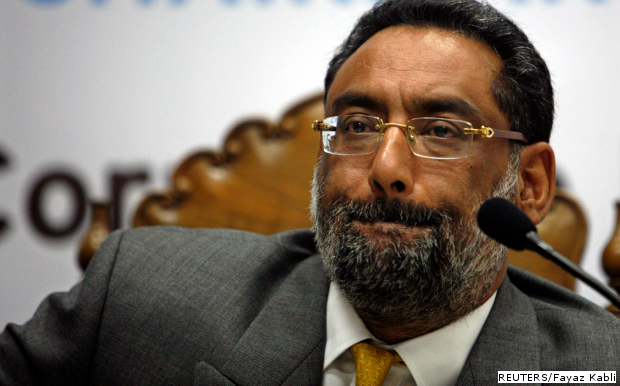 “I am asserting that I shall not go with a begging bowl to New Delhi. This despite the fact that we not only have a friendly government at the Centre, we also have an exceptionally sensitive and accommodating Union Finance Minister. By doing so, I do hope to restore the dignity of the people of J & K who are forever being accused of surviving on subsidies and largesse. The goal of our government is economic self-reliance and fiscal autonomy.”

A former banker, editor and now full-time politician, regarded as a “renegade” by Kashmiri separatists who once believed he was one among them, has just set the tone for budget-making for Indian states in the era of Narendra Modi.

In line with the Prime Minister’s intention to devolve more power and finances to the states, the seasoned Drabu, 54— economist from Delhi’s Jawaharlal Nehru University, former bank chairman, former columnist with Mint, editor of business-standard.com and member of legislative assembly from Rajpora, J&K—presented last week a budget that aimed at financial independence.

“I shall not seek any financial assistance or grants from the Centre other than what is provided for in the Constitution of India for all the special category states as a part of the federal fiscal system,” said Drabu, author of the first budget of the People’s Democratic Party (PDP)-Bharatiya Janata Party (BJP) alliance.

Here are five things that stood out in Drabu’s budget:

Here’s what Drabu said about his own government: “To spend Rs 10,000 crore on the economy, the government is spending nearly three times (Rs 30,000 crore) that amount on the machinery that spends Rs 10,000 crore!”

J & K, along with Bihar, Himachal Pradesh and Delhi, spends more money on revenue expenditure—which includes salaries, pensions, interest payments and other money that the government spends on itself—than on capital expenditure to build assets and other infrastructure for the people, according to a state-budget analysis by the Reserve Bank of India.

“In the next budget, we will provide details of the physical assets that have been created on the ground by the money that was spent,” said Drabu.

The Finance Minister promised a law that would allow money to be borrowed only for financing capital assets. IndiaSpend previously reported how Maharashtra has built up a debt of $48 billion and now must borrow money to repay borrowed money.

Haseeb also did some plainspeaking when he emphasized job creation over asset creation: “Jab dukan chal padaygee, makaan toh bun hi jayegaa!” (When businesses will run, houses will get made).

With one stroke, Drabu has rewritten the rules of budget-writing and accounting.

It’s very easy to understand where the money is coming from and where it will go. Gone are those confusing terminologies beloved of Indian financial babudom, such as plan, non-plan, capital, revenue and non-revenue.

Starting from the next fiscal year, 2015-16, the budget will have only two parts: receipts and expenditure.

“The expenditure budget will, in turn, have only revenue and capital expenditure estimates,” said Drabu. “The entire old classification of the plan and non- plan has been discarded. This is a major change which has far reaching implications on the allocation, efficiency and monitoring of public expenditure. This change will demystify the budget to a great extent."

“Now there will be only two categories of expenditure, current and capital; the former being what is spent to meet our daily expenses and the latter is what is spent on making assets on the ground. In the years to come, we can start the mapping of asset creation with money that has been spent.”

Drabu has balanced fiscal responsibility with subsidies and handouts that could allow vulnerable people in his flood-ravaged province to become self sufficient.

Here’s a look at the six possible districts in J & K where the programme could be implemented—it will begin as a pilot project—based on the 2011 census: 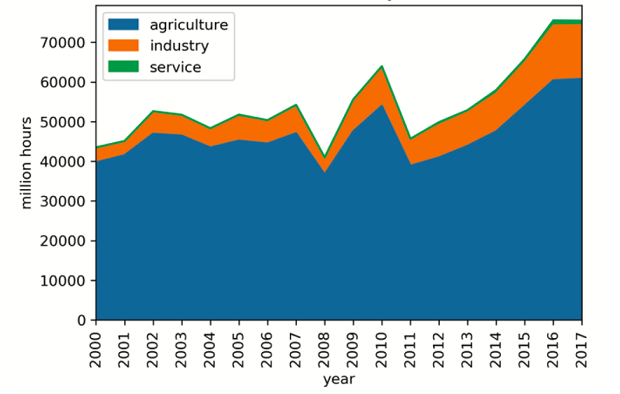 “J&K is the only state in the country that has the power to tax services,” he said. “By virtue of the Goods & Services Tax (GST) Act, J&K has the power to tax both goods and services. All other states of India have the power to tax only goods. The moot point is that J&K is a special taxation area. Given the fact that according to latest estimates, service sector constitutes 57% of the GSDP (gross state domestic product), its contribution to the state exchequer is next to nil. So far, we have not been able to tap the entire potential of this sector.”

So, included under the tax net now are advertising agencies, security services, placement services, salons and health clubs. This should generate Rs 150 crore.

Services make up nearly 60% of India’s gross domestic product, and services are taxed in India based on the negative list regime (not covered under service tax act including services provided by central/state governments and RBI). IndiaSpend had earlier reported how service tax collection was expected to be higher than other taxes in 2014-15.

5) A budget for the main economic bottleneck—electricity

Drabu also presented a 41-page power budget for J&K, a first for any Indian state, most of which face economic bottlenecks because of electricity shortages.

He said power-sector development held the key to fiscal autonomy through 24x7 “reliable and affordable power to all domestic, commercial and industrial consumers” and “unleashing of a new era of development”.

Presenting a detailed plan of what he hoped to do, Drabu said 57 projects—hydel, solar and thermal—with a capacity of 9344 MW (mega watt) are planned. They require an investment of Rs 1 lakh crore ($16 billion).

Our verdict: Drabu’s budget is an effort to set a new tone in budget-making in India—from a state that appears to be perpetually at conflict with India.