5 States Have Half Of India’s Slums 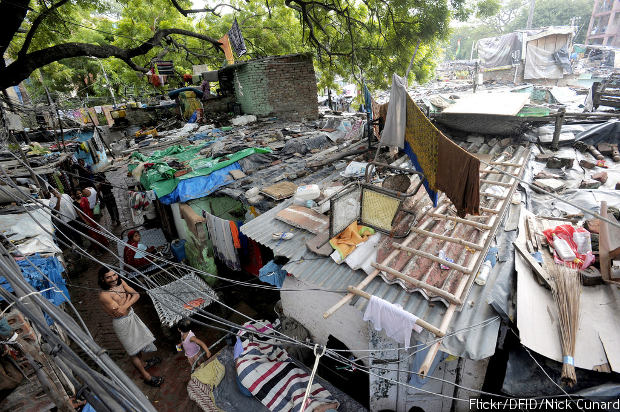 A view of JJ Camp, a large slum in the Kali Bari Marg area of central New Delhi. Five states--Chhattisgarh, Odisha, Jharkhand, Tamil Nadu and Bihar--had 51% of India's slum households, according to a new paper.

The top five by number of slum households per 100 are the only states/union territories with more than 10% of their population living in slums, said the September 2017 paper by H S Chopra, project director in Rajasthan's rural development department.

Source: Ministry Of Statistics & Programme ImplementationNote: Data not available for other states

Households that lacked a concrete roof, drinking water, a latrine and closed drainage--the criteria laid down by an August 2010 report of the slum census committee--in the 2008-09 survey data of the National Sample Survey Office, India’s official socio-economic surveyor, were counted as slums.

In Mumbai--home to the world’s third largest slum by population, Dharavi--90% of deaths result from respiratory diseases, according to a survey by International Institute of Population Sciences, Mumbai, the Indian Express reported on August 7, 2015. Apart from Dharavi, slums in Mumbai’s suburbs too were growing to become at least as big as Dharavi, the Times Of India reported on July 6, 2011. Despite having India’s largest slums, only 3.7% of Maharashtra’s 9.8 million households were in slums, and only one in 100 households in the state was in a slum in 2008-09.